Given the hugely positive response to the last feature on "Shopping on Indian Highways", we bring you some more of the same. And as mentioned in the previous feature, I reiterate that shopping on Indian Highways can be quite a unique experience. In fact I have noticed many road travellers getting surprised by the wide array of diverse goods that are available on our highways. 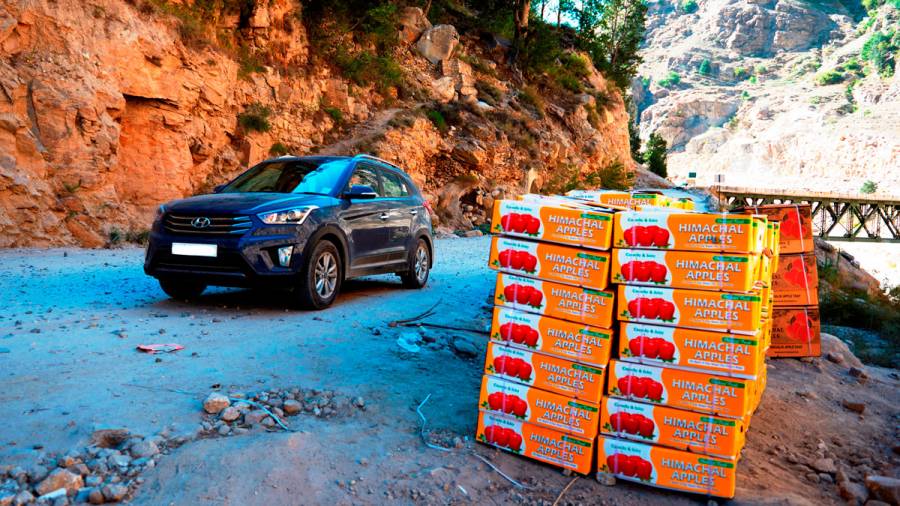 In parts of Himachal Pradesh, boxes of apples are displayed and sold right by the side of the road

During my road trips I have come across some amazing sights, like boxes of apples being piled and put for sale by the roadside in Himachal Pradesh. Travellers of course feast on the fresh and juicy apples, but I was also told that many truckers buy them in bulk to sell in cities and towns on their route, and this is a way for them to make an extra buck. And it works, as it also saves the farmer the cost of transporting their produce to the markets. 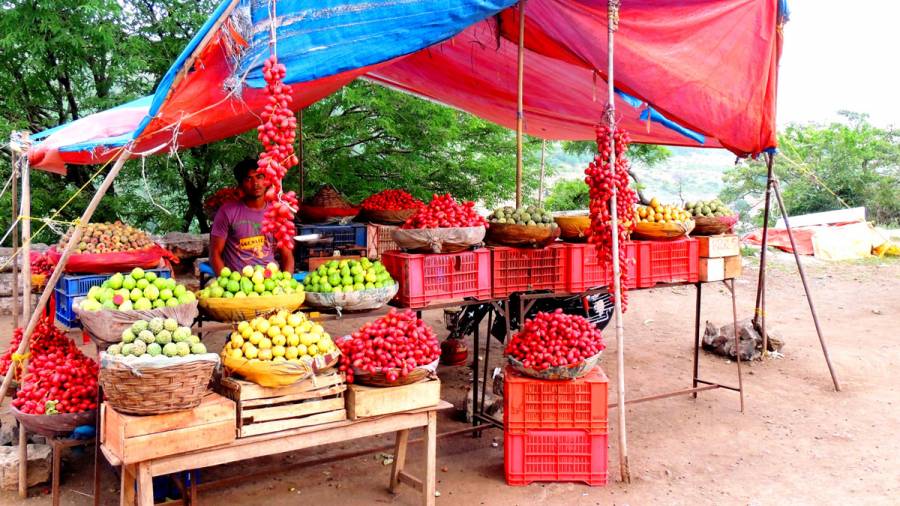 On our highways, it's common to find vendors retailing a variety of fresh fruits, including several locally grown ones

Amongst the fascinating things I have seen being sold on our highways, are the intricate and ingenious wooden toys that are offered in towns like Channapatna in Karnataka. So good is their quality that locals refer to Channapatna, as the "Town of Toys". Bassi in Rajasthan is also famous for its wooden toys and temples. But sadly this "Bassi Art" or "Bassi Kala" is now dying with the new generation not interested in carrying forward this village's 400 year old tradition of handcrafting wooden toys and temples. 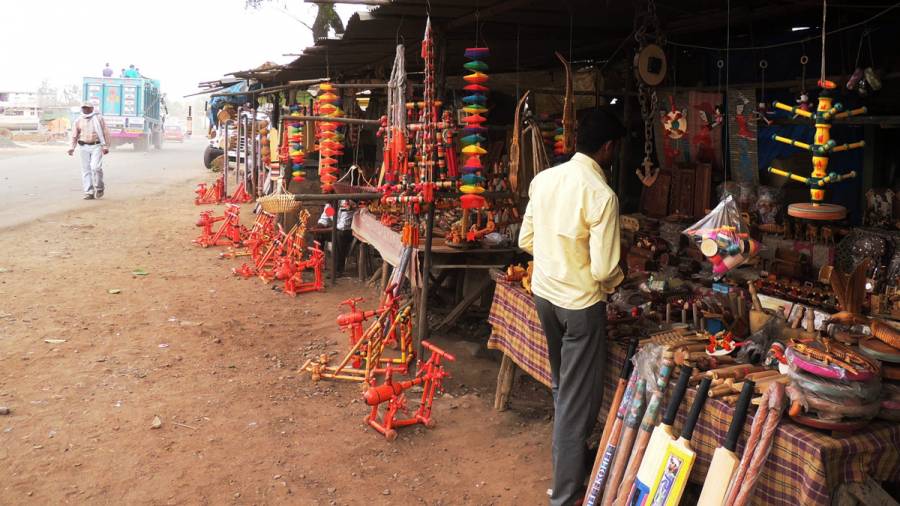 Channapatna in Karnataka, is famous for its wooden toys 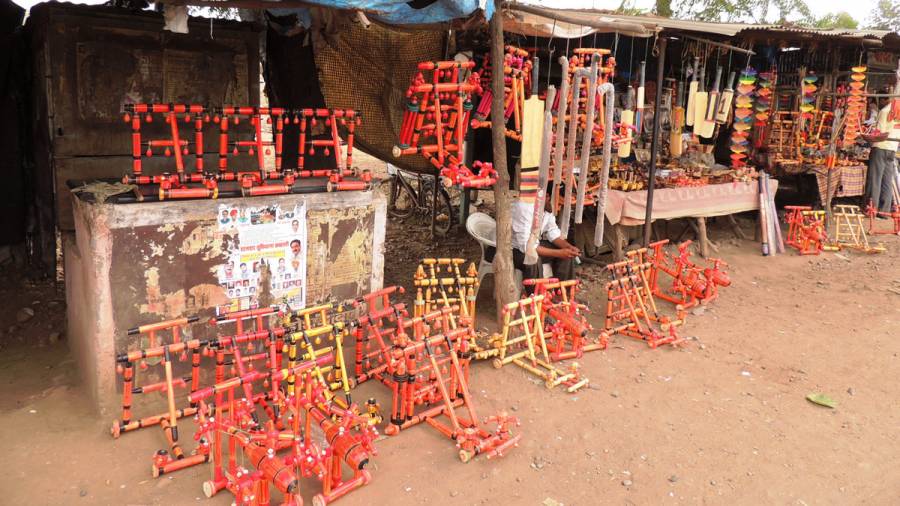 It's also known as the town of toys 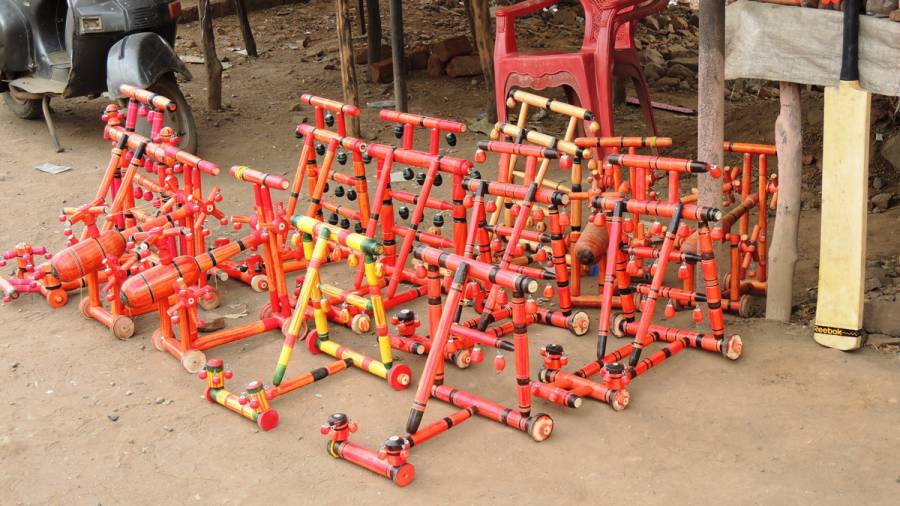 Another captivating sight was a flower market. Yes, once while driving through interior Maharashtra, I came across a flower market setup on the road facing the flower fields! It was a beautiful scene and I still fondly recall the heady fragrance. And while I have shared photos to give you an idea of the superb spectacle, there is no way I can convey the pleasures of the soothing scent of these flowers. 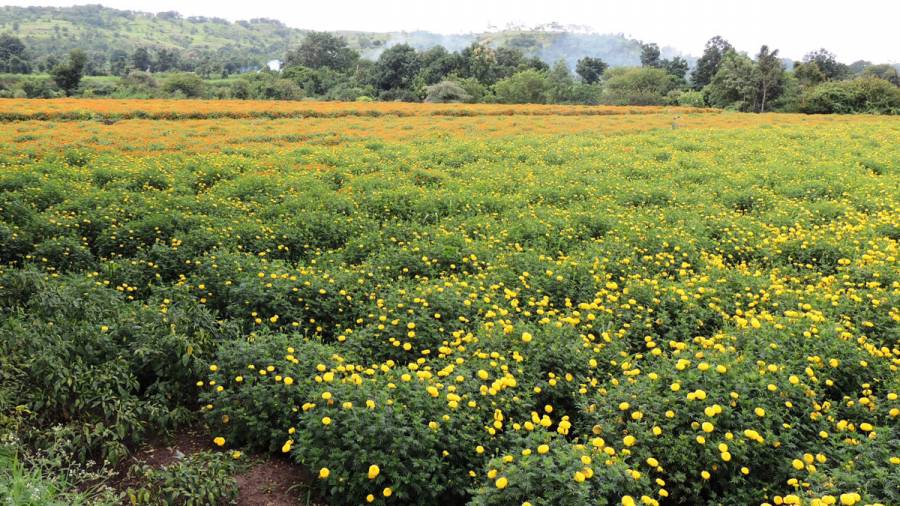 A beautiful field of flowers I came across in interior Maharashtra 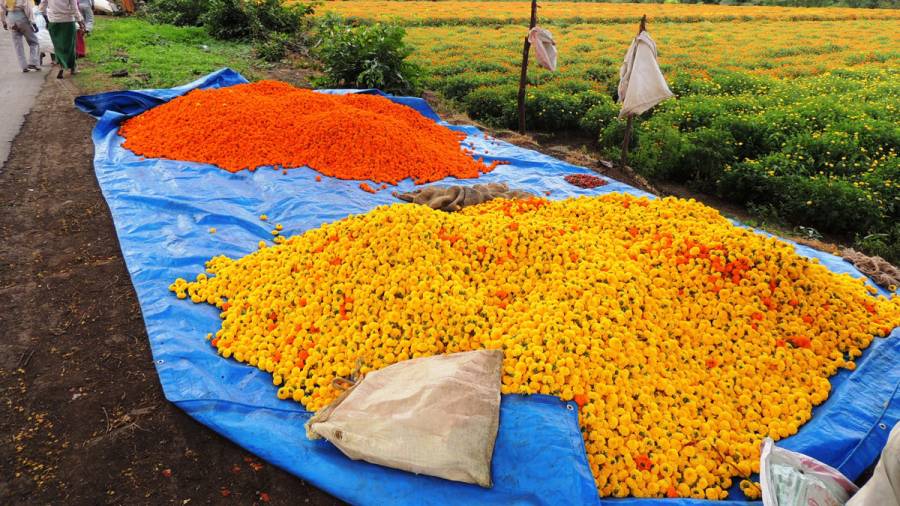 It had a market on the road running alongside it 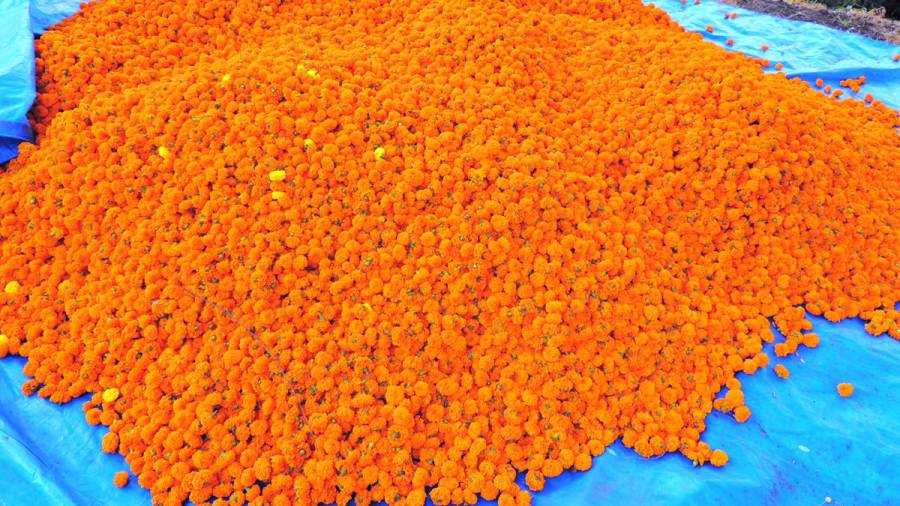 The flowers were not only colourful, but also very fragrant 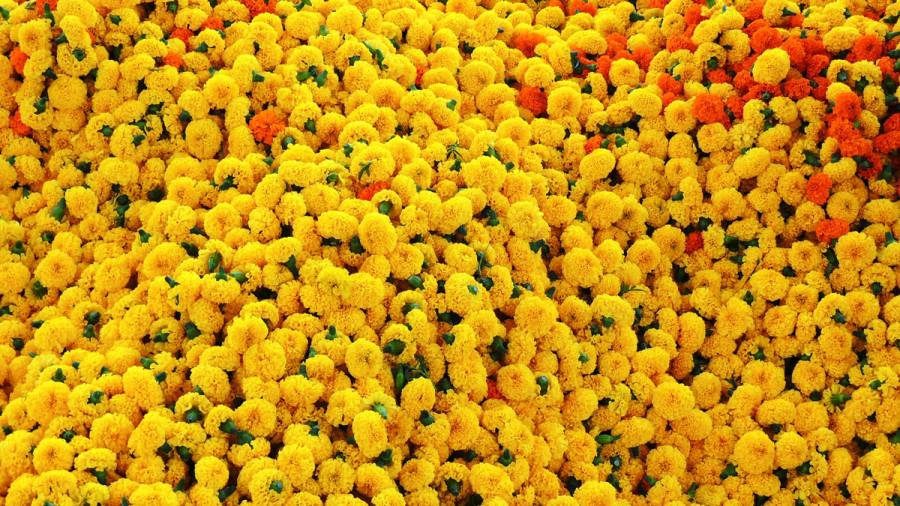 I bought some, and transformed my wheels into " The best marigold car"

One more thing that is becoming increasingly common is tribals selling wild honey, which they squeeze out from the beehives and bottle in front of you. Many local ladies have also started selling spices like turmeric, chilli powder, homemade pickles, seviyan (vermicelli), etc. 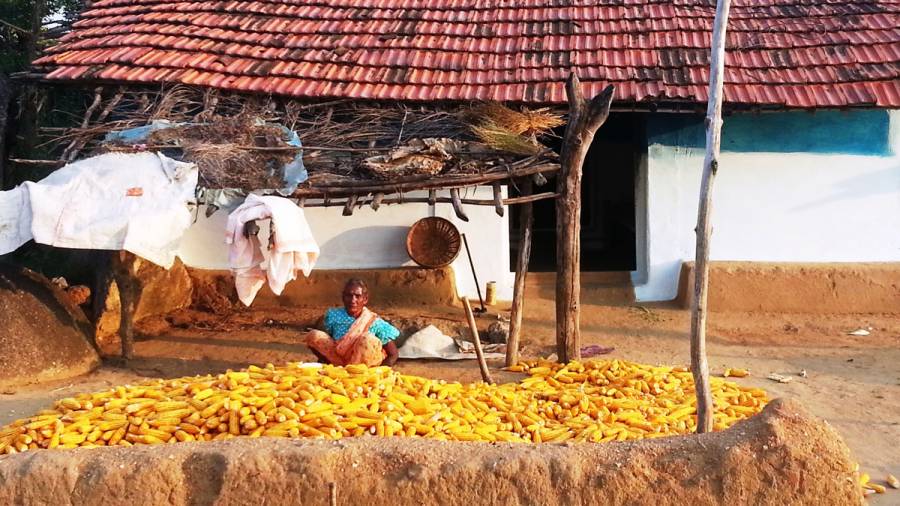 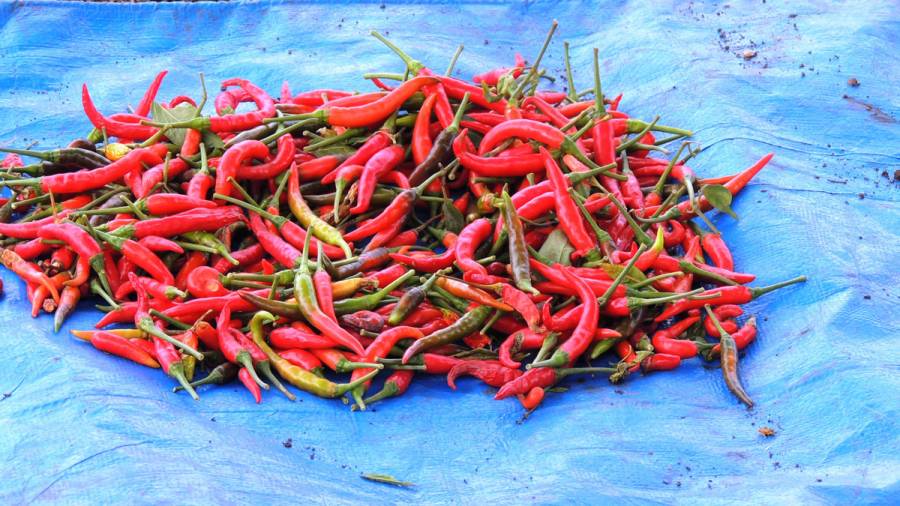 This best friend of Indian food, is available in abundance on our highways 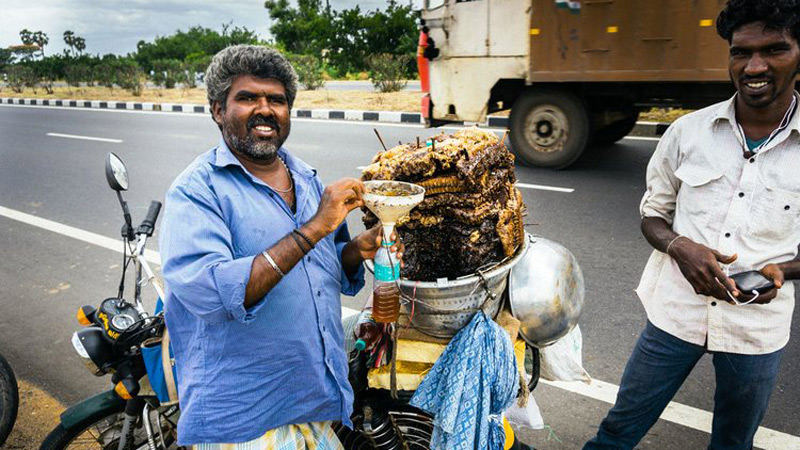 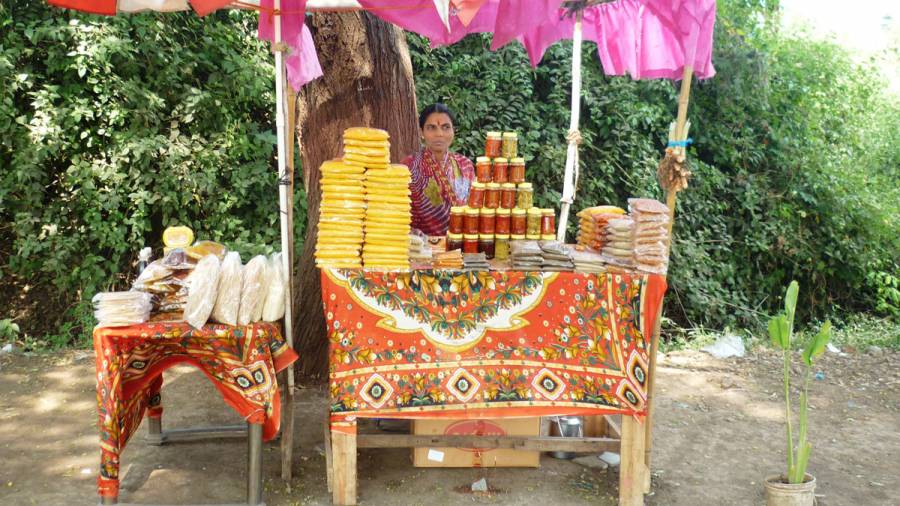 Quite a few local ladies have taken to selling spices like turmeric, red chilli powder, homemade pickles, and so on 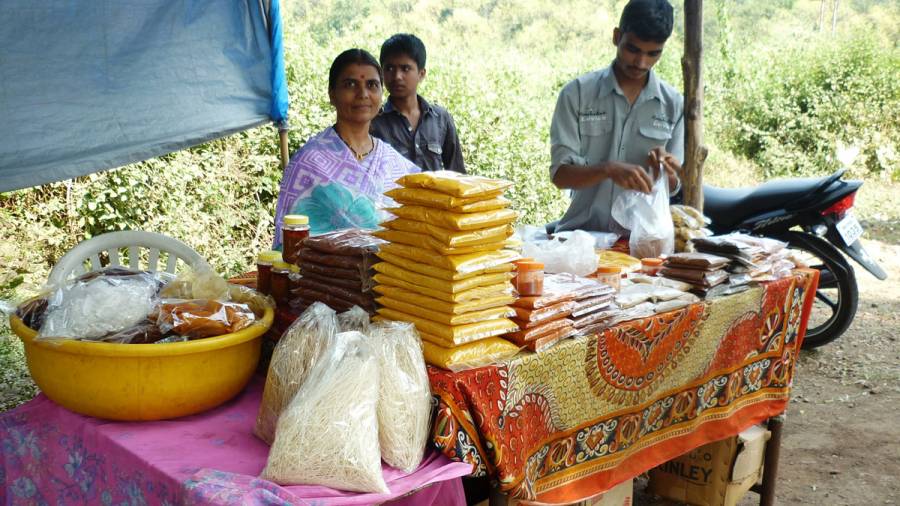 This one even has seviyan or vermicelli, which has become a very popular instant food

In some interior parts of India, you also come across villages inhabited by earthen pot makers or Kumhars. Their name actually means 'makers of earthen pottery' and the Kumhars have been making pots for centuries, and even today their matkis are used in rural India, as "water storage coolers". I suggest that if you get the opportunity, do buy one directly from a Kumhar household. Matki's with local art decorations are particularly attractive. 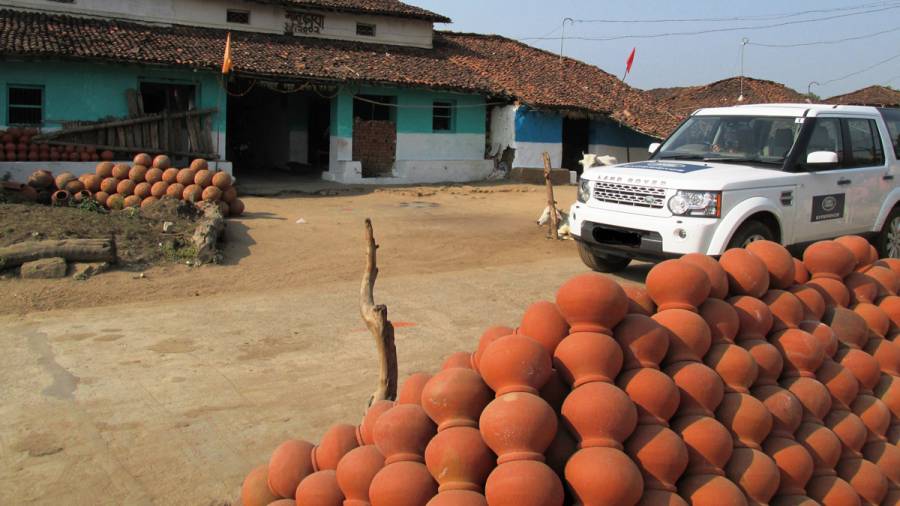 In a village of age old traditional Indian pot makers, or Kumhars 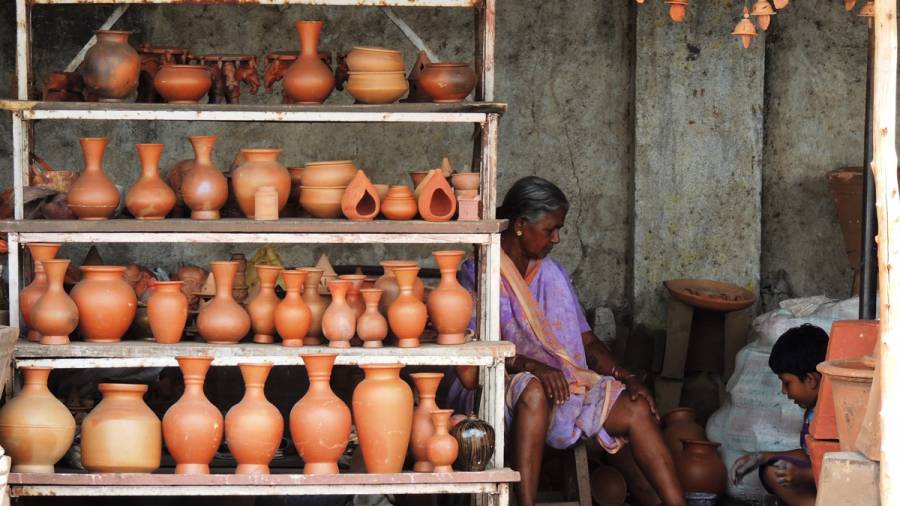 Our rural highways are also great places to shop for traditional cooking utensils like Copper Pateli's or pots.  For some 9000 years, copper has been used to make pots as it's an ideal conductor and the heat spreads more evenly than in traditional pots and pans. Some friends who are big time into cooking, occasionally ask me to pick up such traditional utensils that are more suited for making Indian food. 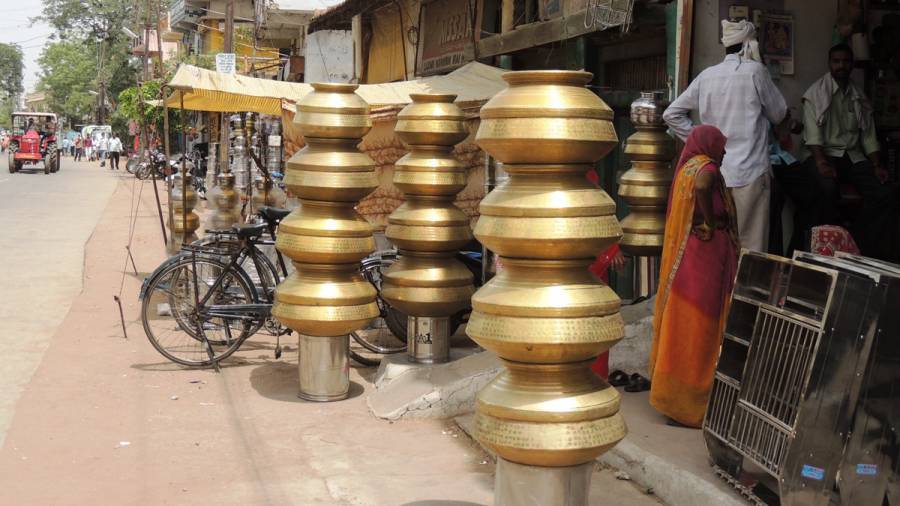 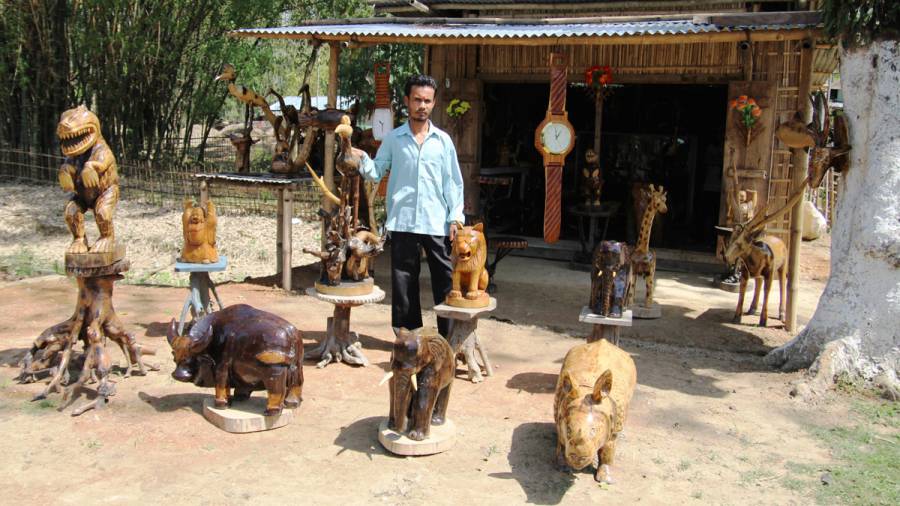 While I have seen many remarkable things being traded on our Indian Highways, one of the strangest is petrol being peddled in discarded water bottles! Initially I thought it was some local brew, but when I stopped and inquired, I was told it was petrol! It's sold in either 500 ml or 1 litre bottles in areas where the pump is at some distance. And it's the local residents who purchase petrol for their two-wheelers from these roadside vendors. 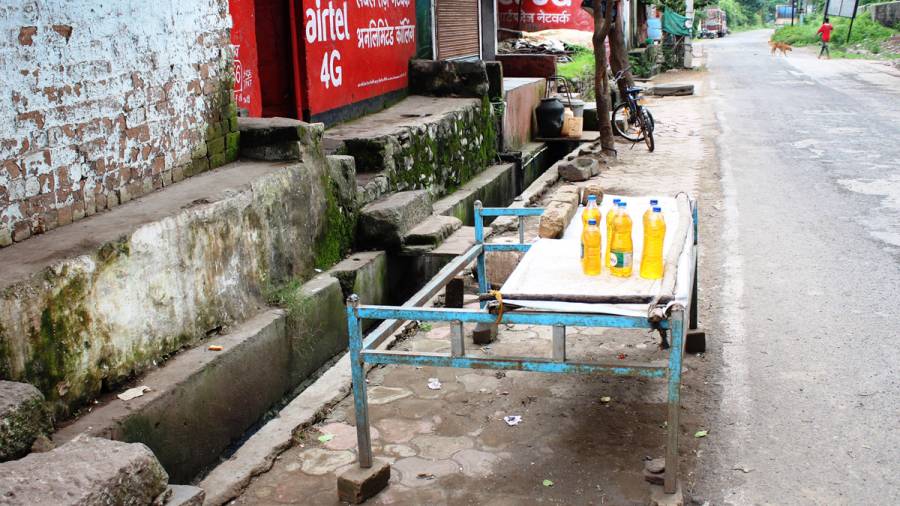 Is that a local brew? No, it's petrol being sold in recycled water bottles! 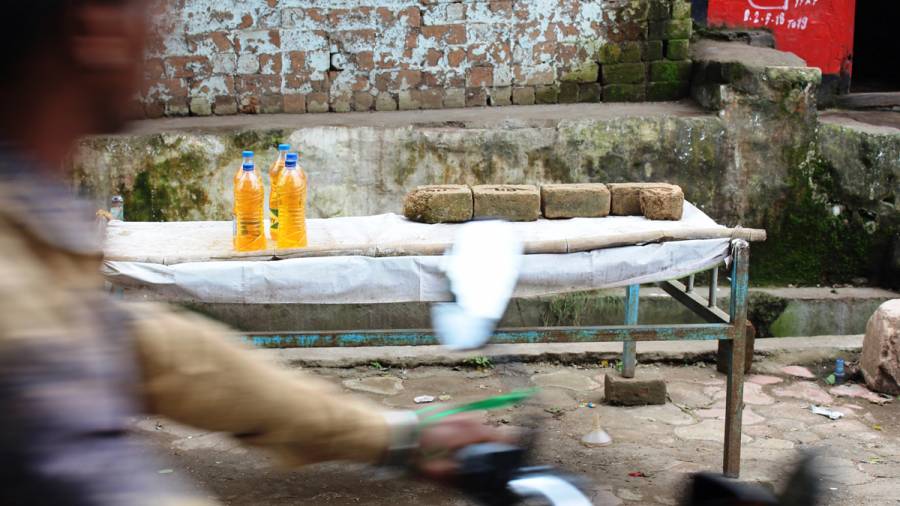 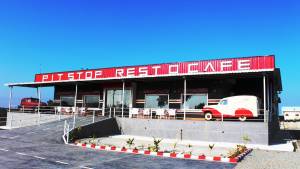