Overloaded local taxis with commuters happily sitting on the roof, is a common sight in rural India 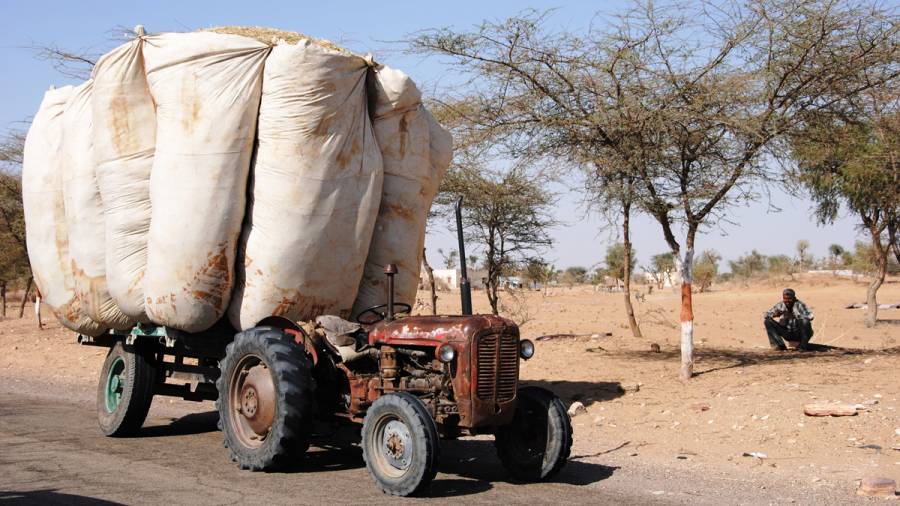 Tractors that are meant to plough fields are also used to carry commodities. In this case grain 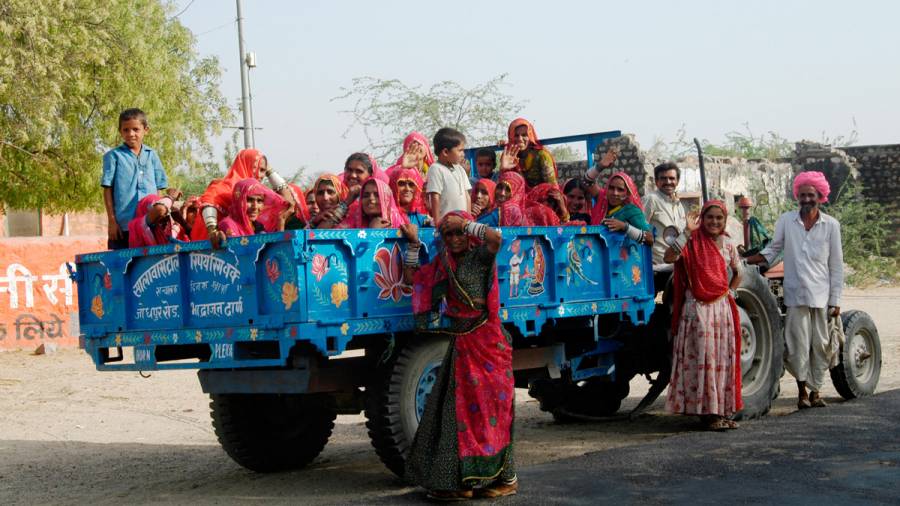 And it seems like the day out on a tractor trolley, for this village's female population

One of the most extraordinary things about our highways is the huge variety of vehicles. Yes, anything and everything moves on Indian Highways and they vary from the most modern, to really ancient forms of transport. Some are simply brilliant and others bizarre. In fact, so different and diverse are the modes of transport on our highways that I seriously wonder how they co-exist and how long will we continue seeing sights like this. Already with our expanding network of expressways, entry is restricted for most of them. And given the fast rate at which things are changing, some will surely be gone in the next few years. 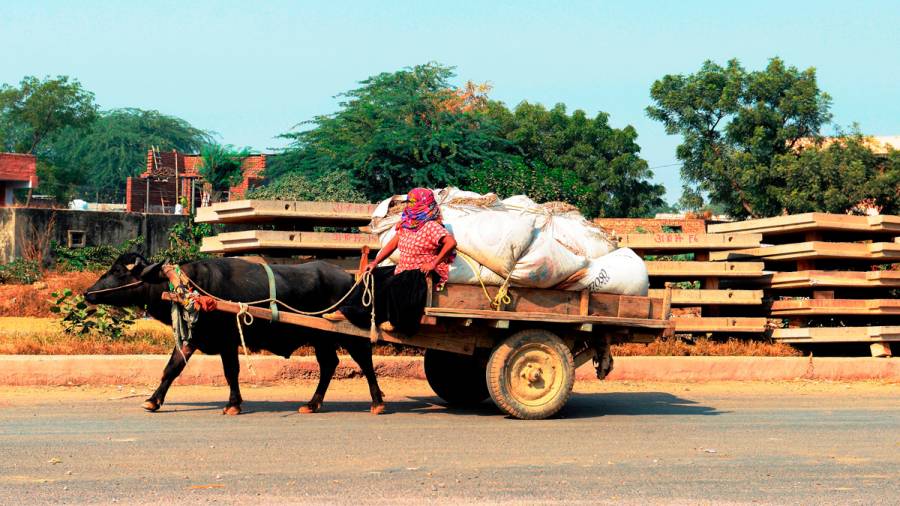 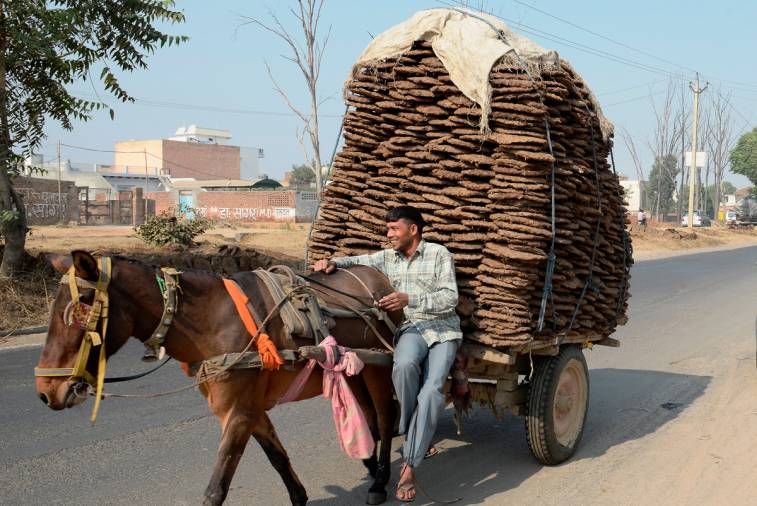 This guy carrying dried dung cakes that are used for cooking in rural India, is also pleased with life Large auto-rickshaw converted to onion carrier. Note the goods have been secured, but the man is standing outside on the footstep

While this may well be the outcome of moving with the times, in my view it will also surely change the inimitable character of Indian Highways. Nowhere else in the world can you see such a mixture of modes of transport. Equally unique is their purpose and place in our society. Take the overcrowded local taxis with people sitting on the roof. It shows the paucity of public transport in rural India and is also an example of how our poor people cope with the limited facilities and lack of means to purchase their own vehicles. 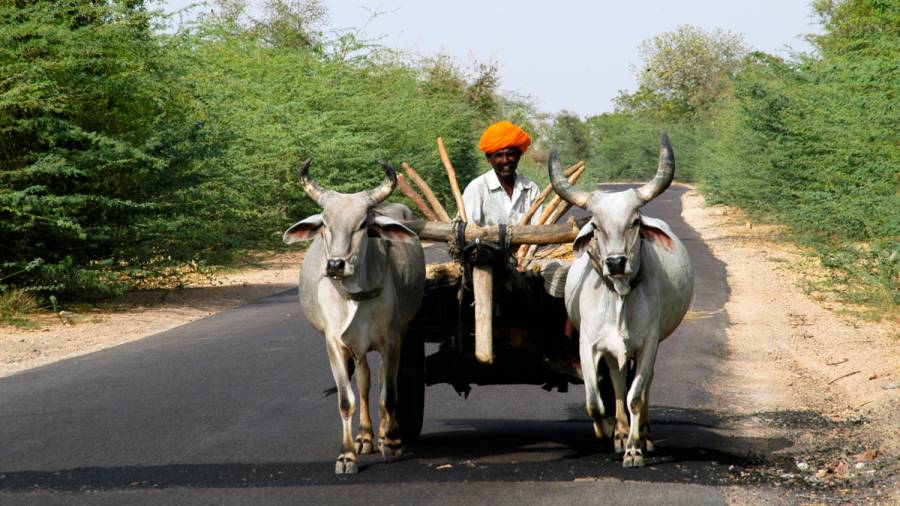 The centuries old bullock cart, is still a regular form of transport 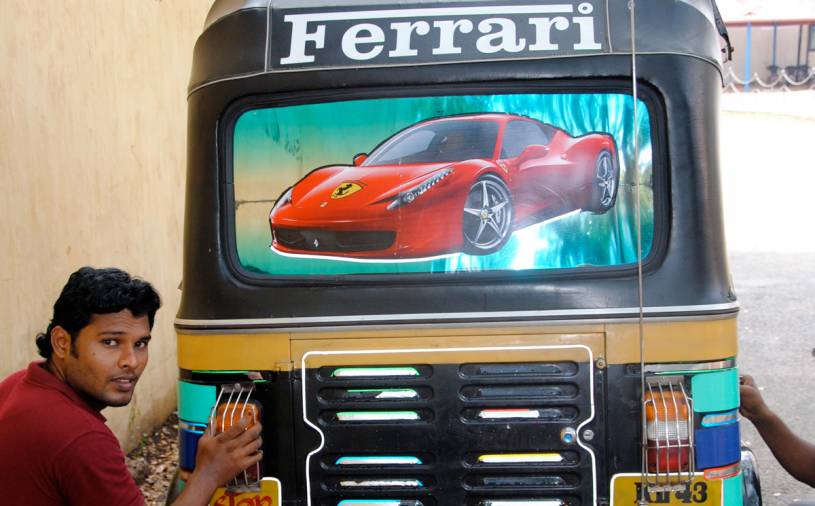 Someone wishes his auto-rickshaw was a Ferrari 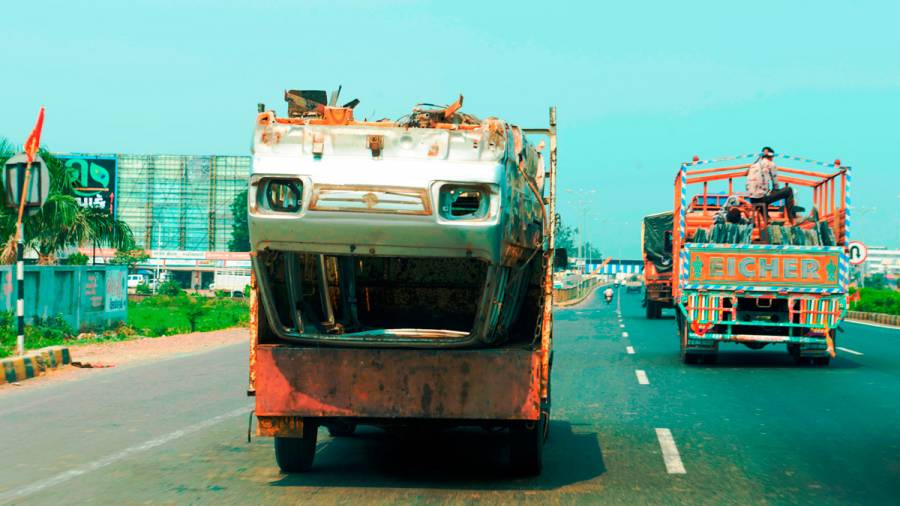 Van in a tempo - that too upside down. Not common for sure 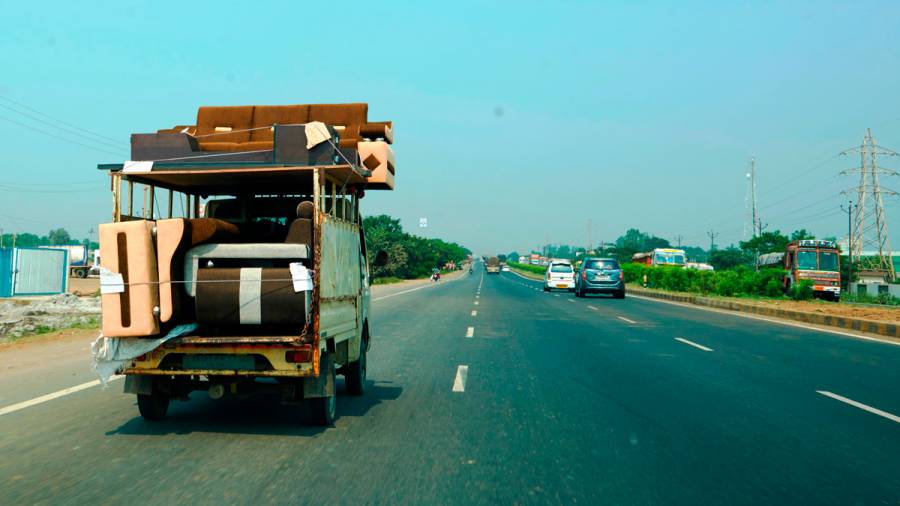 Living room on the move. Also not usual

The fact that the centuries old bullock cart is still a regular form of transport is also an indication of us still being a largely agrarian economy, where cattle perform multiple duties for their owners. Similarly, we also use tractors that are meant for ploughing fields as modes of transport, for both goods and people. Trucks are by and large the most common vehicles on our highways, but the mixture of goods they transport, and the manner in which they are carried, is again distinctly Indian. Some are overloaded and their cargo also extends well out of the confines of the body. Contrastingly, we also have modern completely covered vehicle carriers that safely take cars from manufacturing plants to showrooms. And what's more, we even have trailer trucks that transfer new trucks, tractors, two-wheelers and so on. 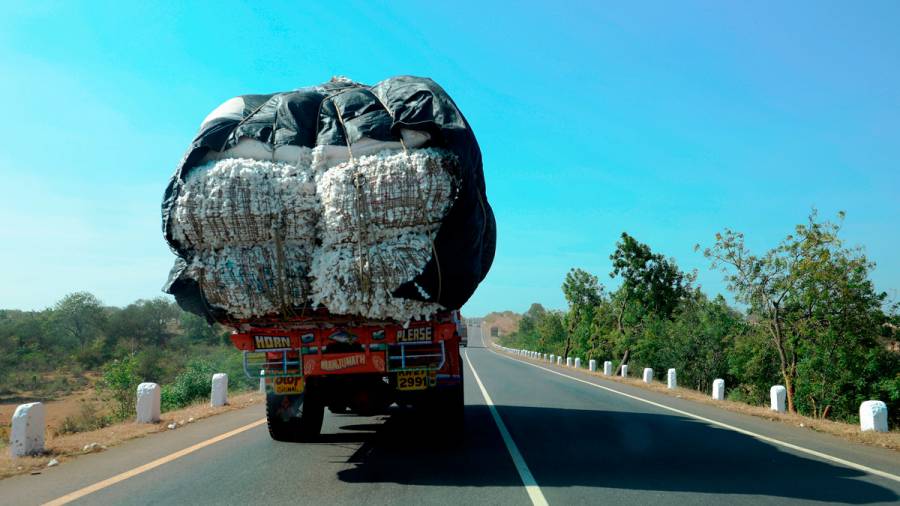 Trucks with their cargo spilling out of the body, is also a familiar sight 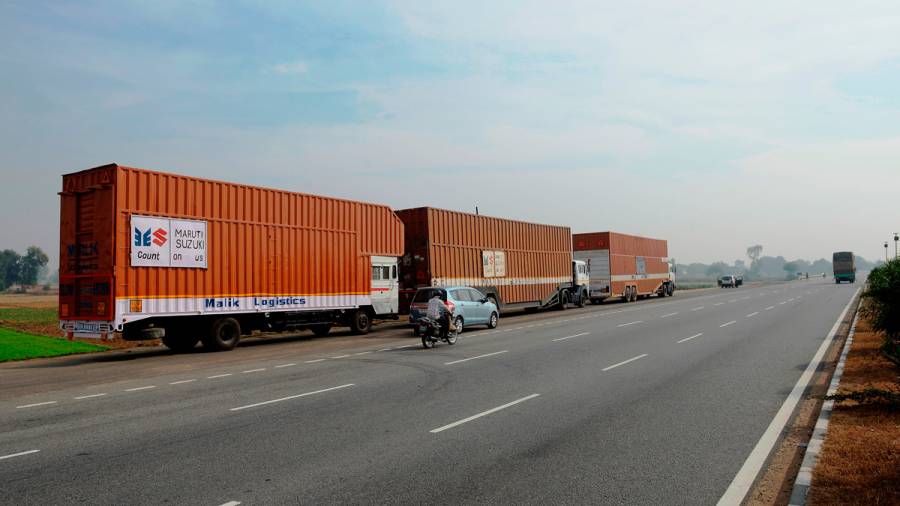 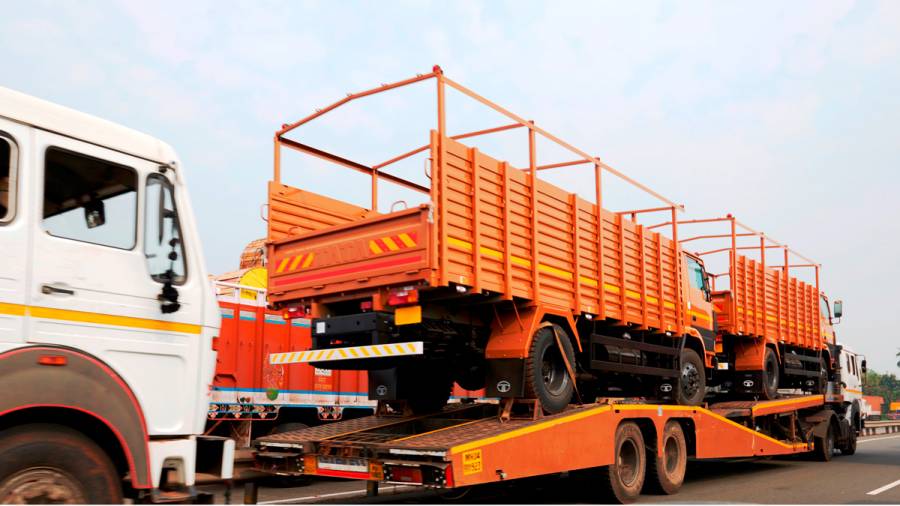 We also have long trailers that transport trucks 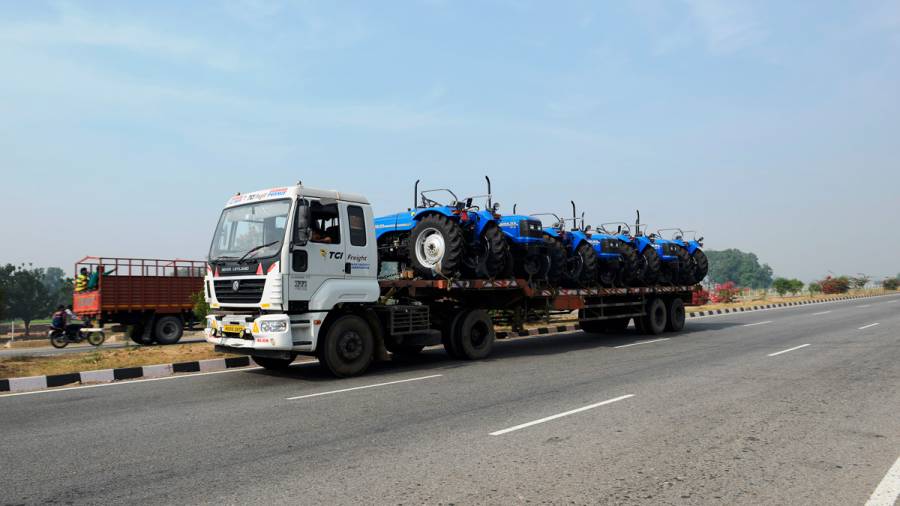 One vehicle that you see quite often in the harvesting season is the combine harvester. These are mainly owned by people from the state of Punjab, but they travel all over the country helping harvest crops for an affordable rental fee. So farmers don't have to invest in a harvester. Whenever their crops are ready the harvester visits the region, sets up shop for a few days, and assists all the framers that want their services. 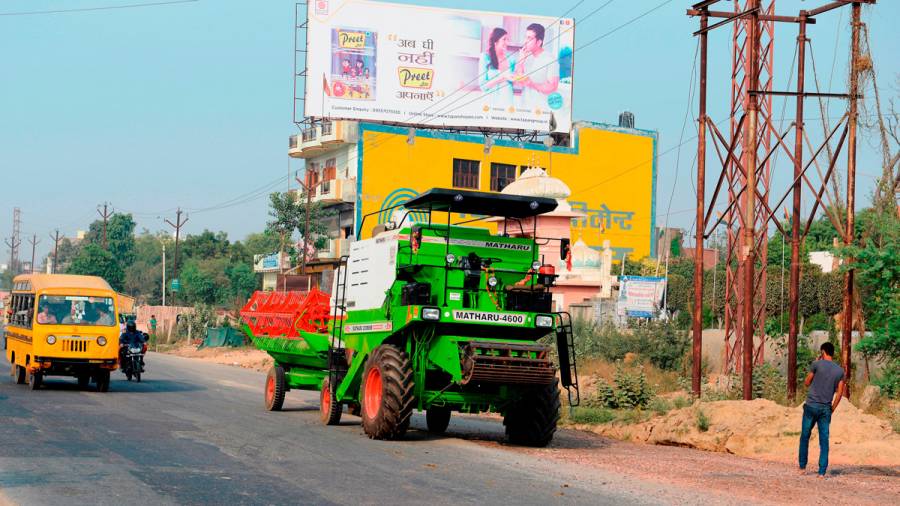 The combine harvester can be seen moving from one area to another, during the crop harvesting season 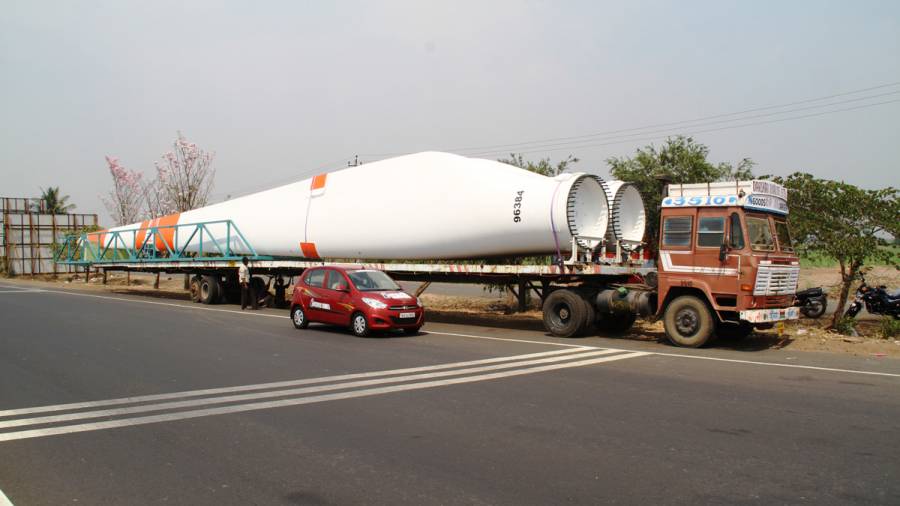 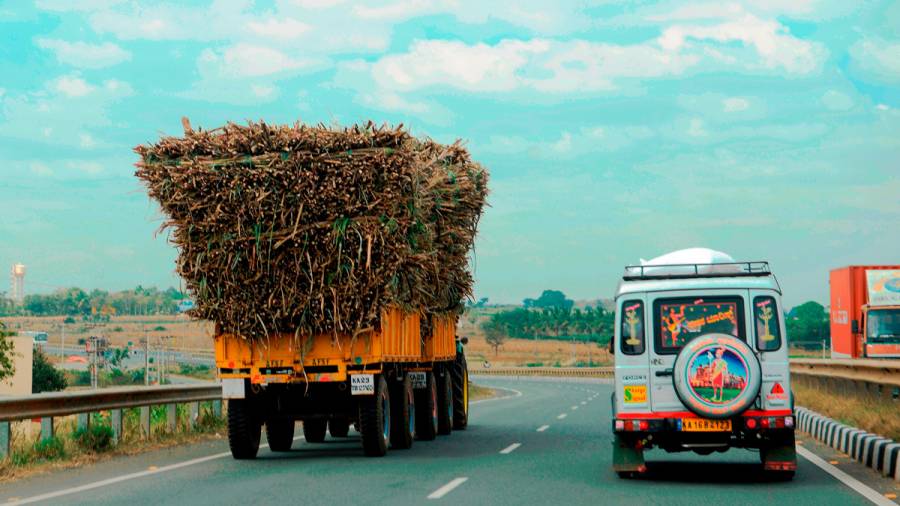 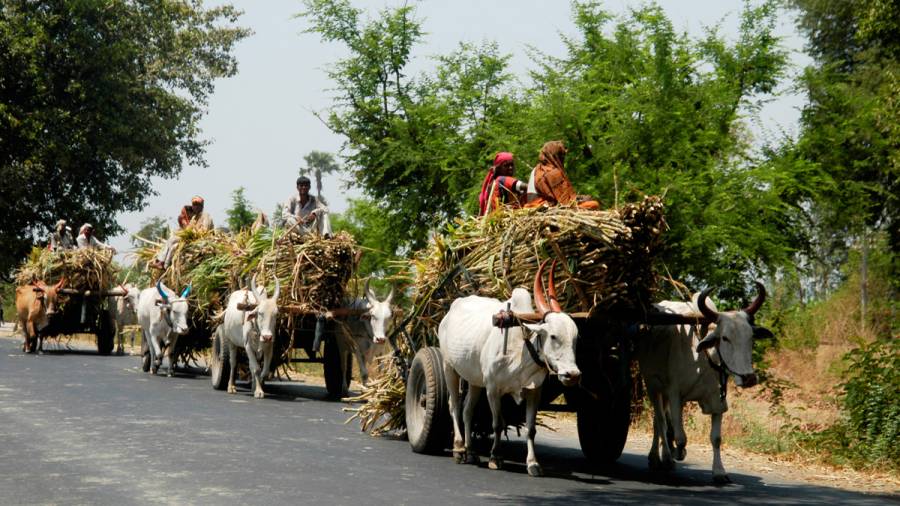 Here is a convoy of bullock carts carrying cane

Nowadays one has also started seeing some really long truck trailers carrying huge pieces of machinery or parts for factories, power plants, construction sites and of course the wind mills that are getting increasingly popular in some areas. What pleases me though is that in some parts of Rajasthan, particularly near Kota, you still come across milkmen on two-wheelers with the traditional brass containers that are said to be better for keeping and conveying milk. 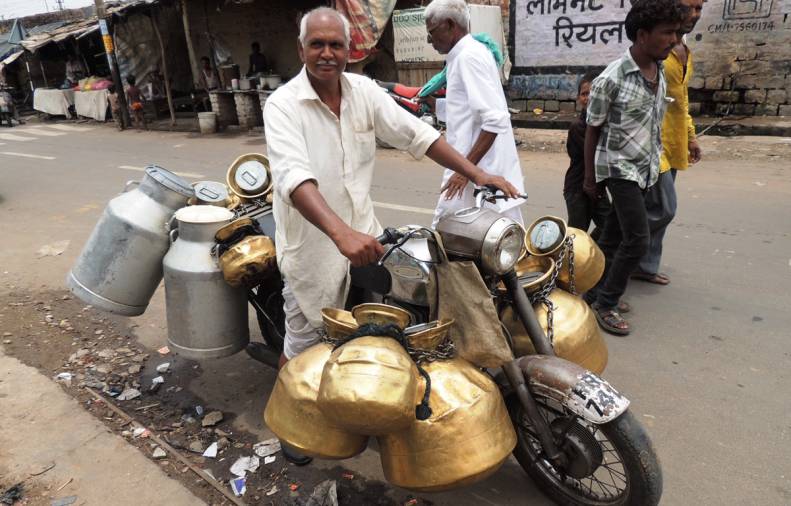 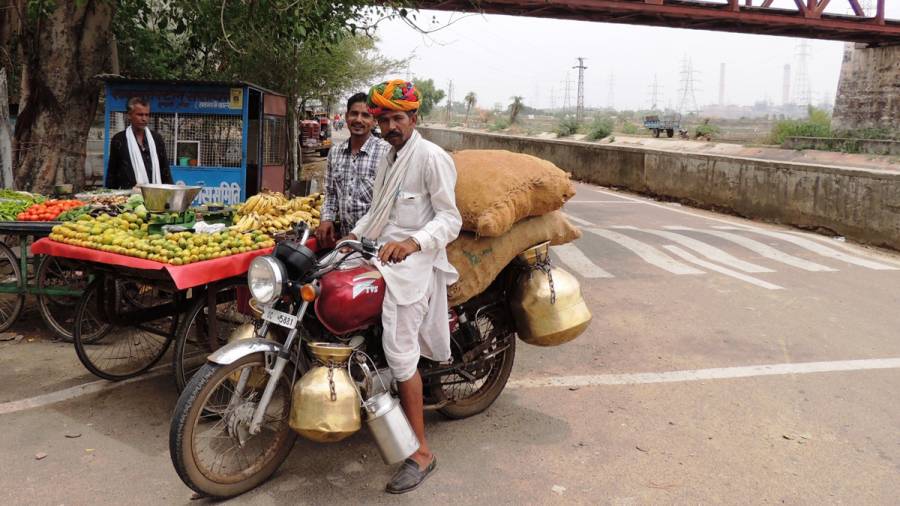 This chap is not just delivering milk, but also taking along a couple of sacks of other stuff

Occasionally you also come across a vehicle built or created in a local workshop, and while most are quite basic, sometimes you do see some nicely made ones like this dune buggy that I saw somewhere in Andhra Pradesh.  Honestly, if you observe and look, Indian Highways are full of surprising sights. Once I even saw a "Sindhi Coach" in Himachal Pradesh! 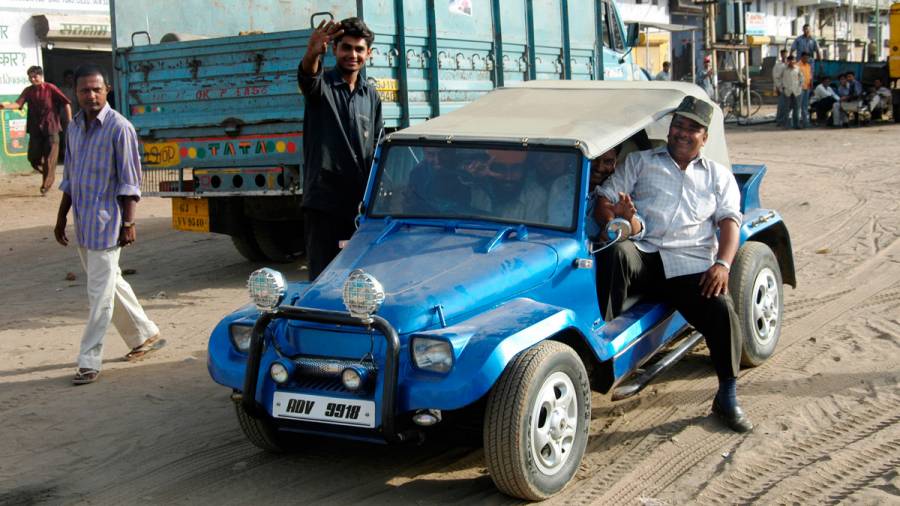 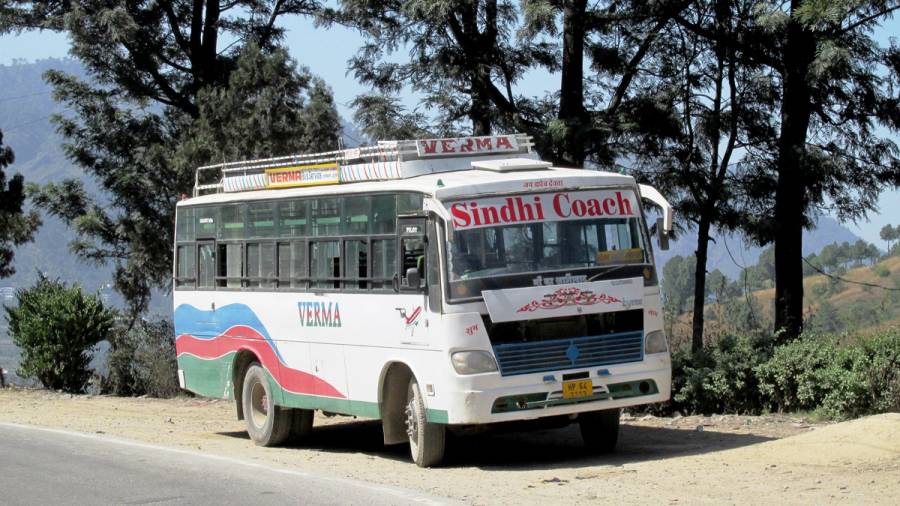 Being a Sindhi, I was obviously delighted to see this Sindhi Coach