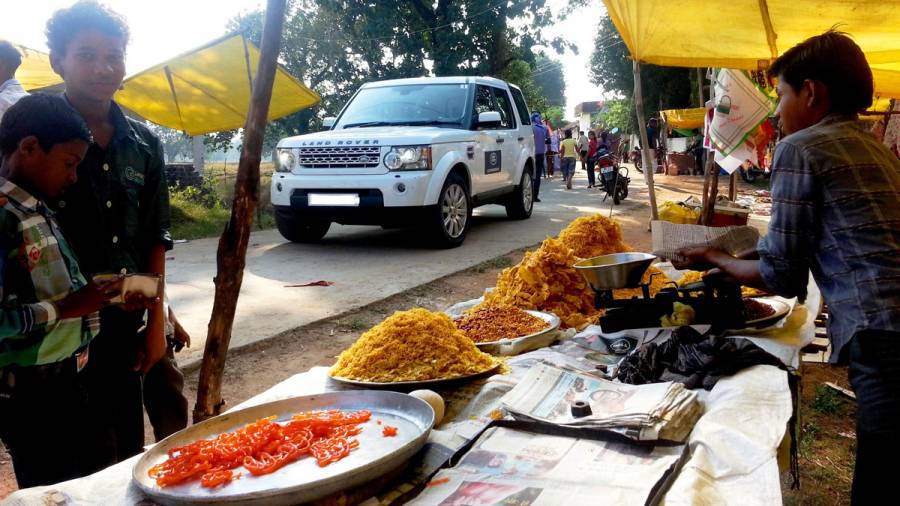 One of the most amazing and unique things on our highways, is the Dhaba or roadside restaurant. You find them all along our highways and they serve freshly cooked food and also double up as 'truck stops' with the truck drivers and cleaners staying over and paying a little extra for sleeping and bathing. 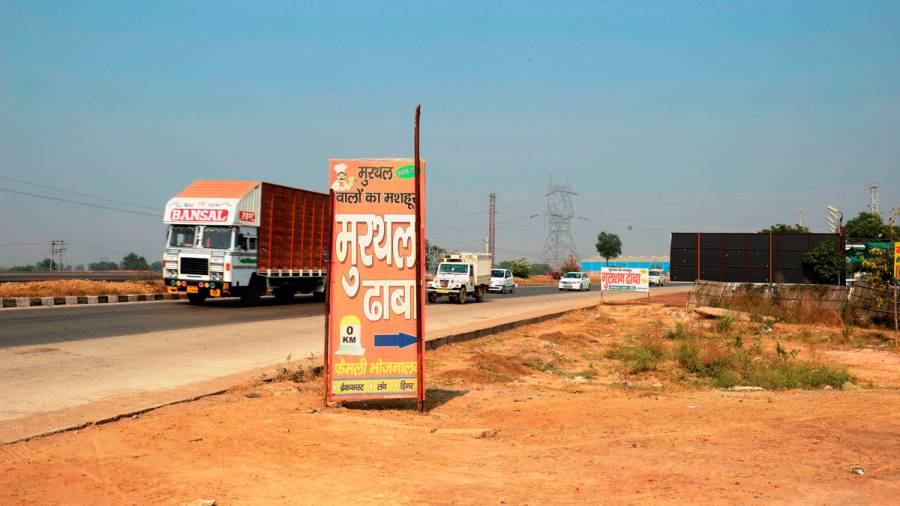 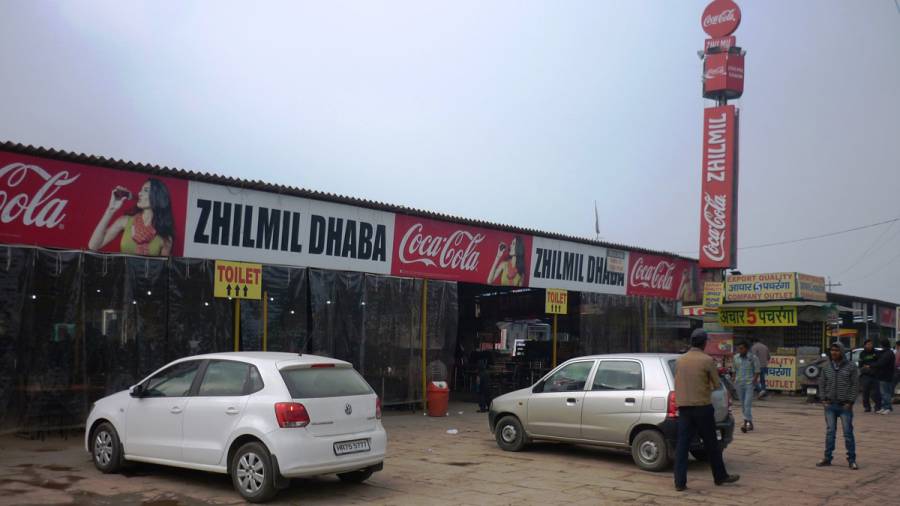 There are several Dhabas with such names in Karnal Haryana, and all are very popular

Earlier you only found Dhabas next to fuel stations, but now with the enormous increase in traffic, many more have come up and are spread out all along our vast network of highways. In fact dining at a Dhaba has become an important part of the Indian food scene and is one of the highlights of travelling on an Indian Highway. 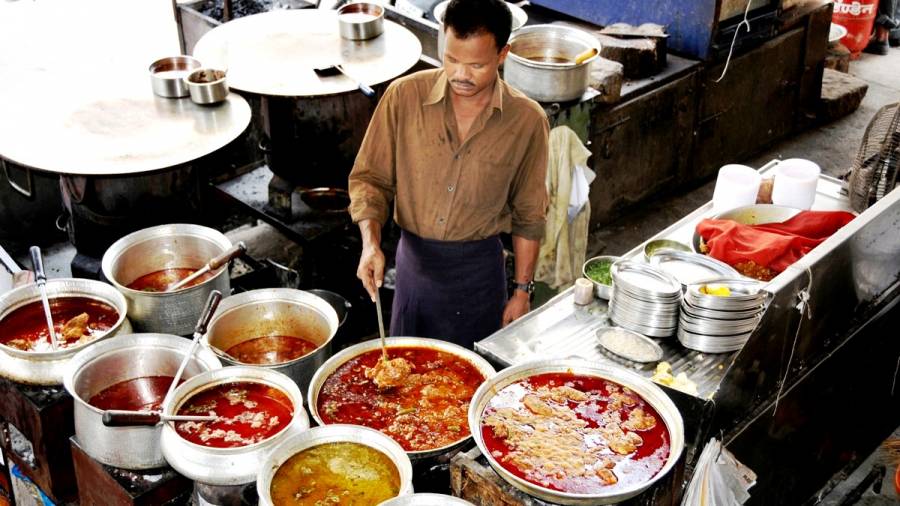 The food is freshly cooked and served piping hot

Many of these Dhabas are open 24 hours a day, with the majority serving freshly cooked hot food with farm fresh local vegetables and produce. What is also nice is that most traditional Dhabas have open kitchens, where you can watch the food being cooked. Since the owners take pride in what they serve, they generally ensure that the surroundings are clean and all utensils are dirt free and washed properly. In fact there is a practice to display the utensils prominently and these also serve as an advertisement and attraction for the Dhaba. 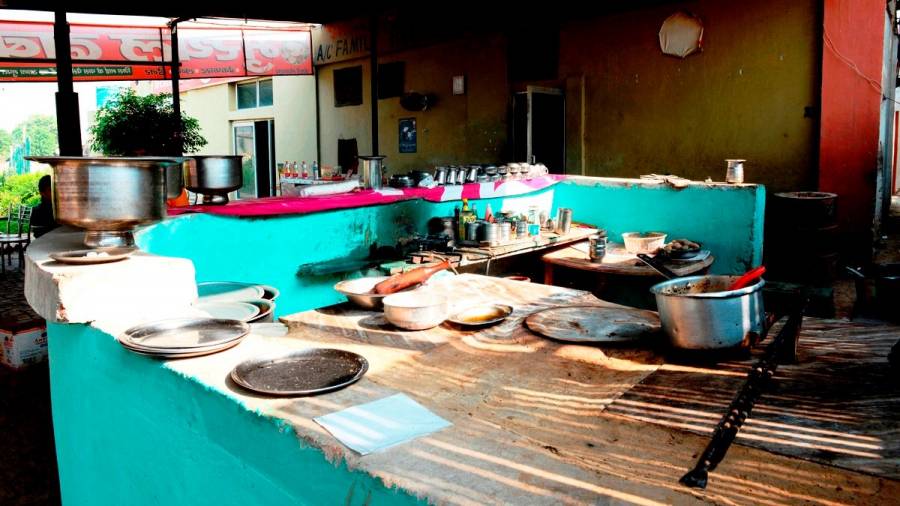 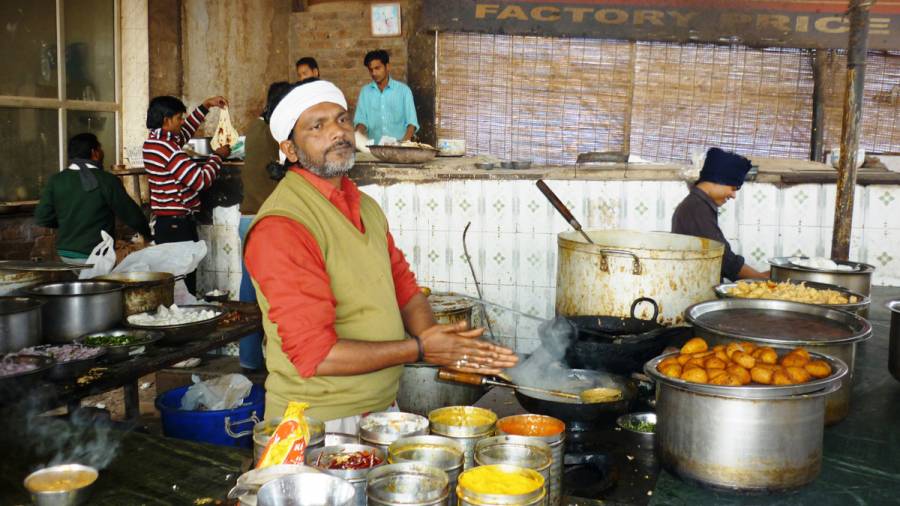 Some Dhabas, particularly in North India, have really large kitchens

The highlight of course is the fresh and fairly inexpensive food that usually has a homemade touch to it. Many Dhabas are pure vegetarian and proudly advertise this. Some owners also have their farms right behind the Dhabas, and at times the salad is even plucked and placed straight on your plate! Most Dhabas churn out good dal, rajma, aloo matar, mixed vegetables, paneer butter masala, paratha, etc. 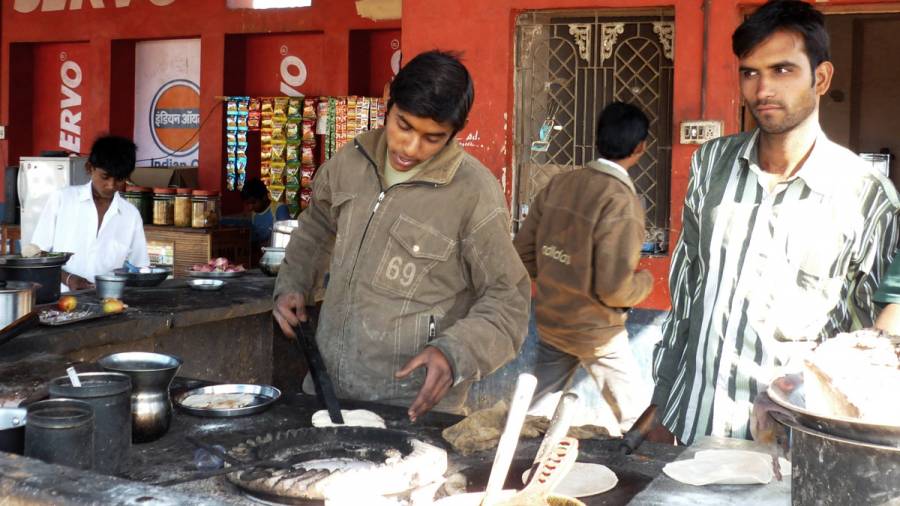 The best of Indian Jugaad. A discarded flywheel ring being used on the cooking stove

Several Dhabas also specialize in non-vegetarian cuisine and often the meat is from a freshly slaughtered chicken and occasionally you can even find mutton or goat meat. They dish up good masala omelets, chicken masala, tandoori chicken, mutton curry, etc. But the prime pleasures of dining in a Dhaba are the fresh and piping hot tandoori roti's. The wheat dough or atta is kneaded in front of you and then put in a traditional tandoor or clay oven. These coal and wood fired tandoor's expose the roti or Indian bread to live-fire and radiant heat cooking and in my view the 'tandoori roti' is simply awesome and 'the king of highway food'. 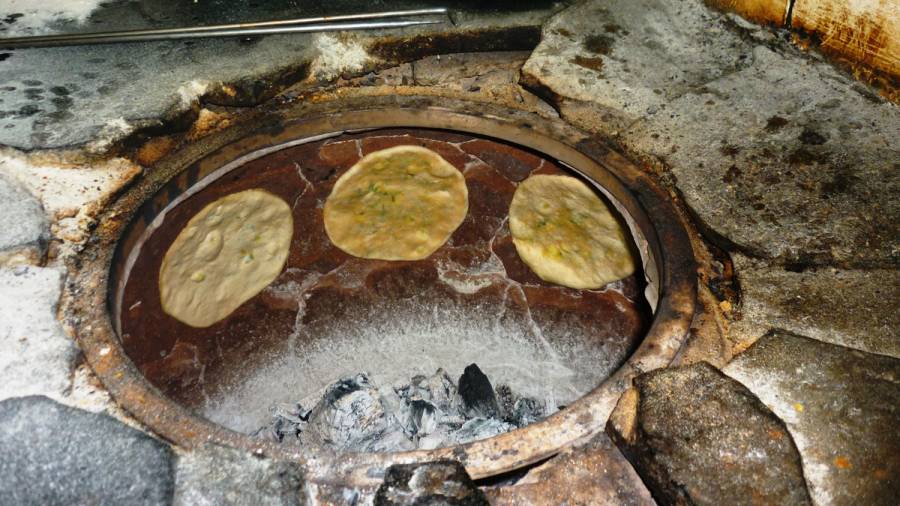 One of the pleasures of dining in a Dhaba, are the hot tandoori rotis cooked in a traditional tandoor or clay oven 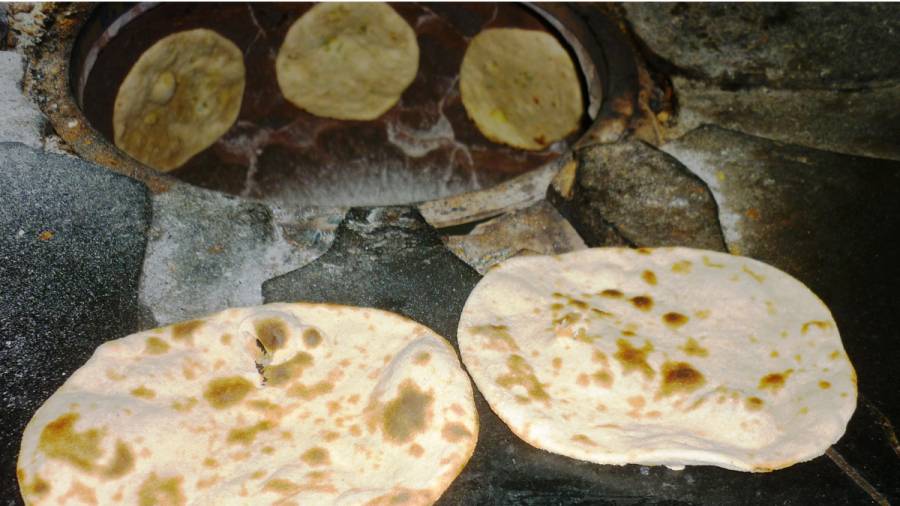 Until a few years ago, Dhabas were simple mud huts or brick structures and you sat and ate on a wooden jute string cot called a Charpoy or Khatiya. A plank of wood was placed across the cot to keep the food, and you ate comfortably with your feet on the cot. Later after enjoying a hearty meal, you could also have a nap on the same cot  'eat and sleep'  what more can a road traveller ask for after a long drive. Sadly, the wooden cots have started disappearing and are being replaced by cheap and dirty looking plastic tables and chairs. It's another miserable example of our unique culture, becoming a victim of the so called development and modernization. 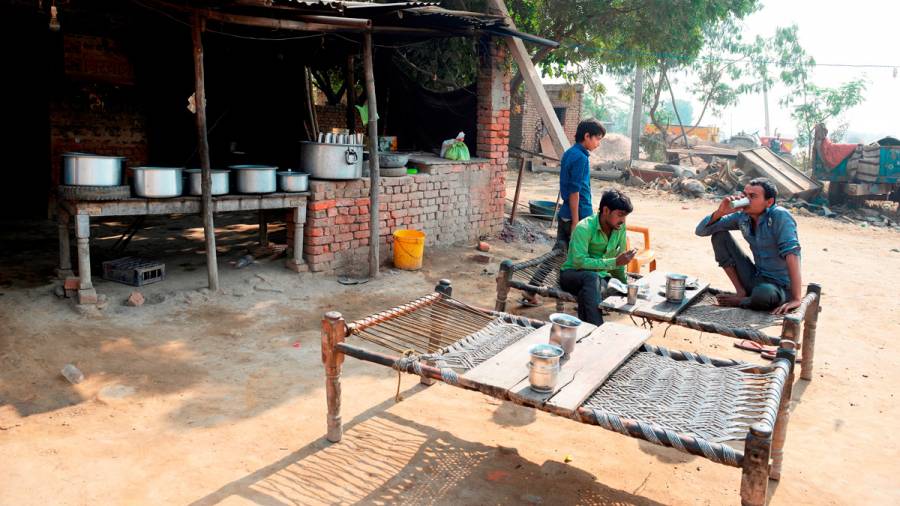 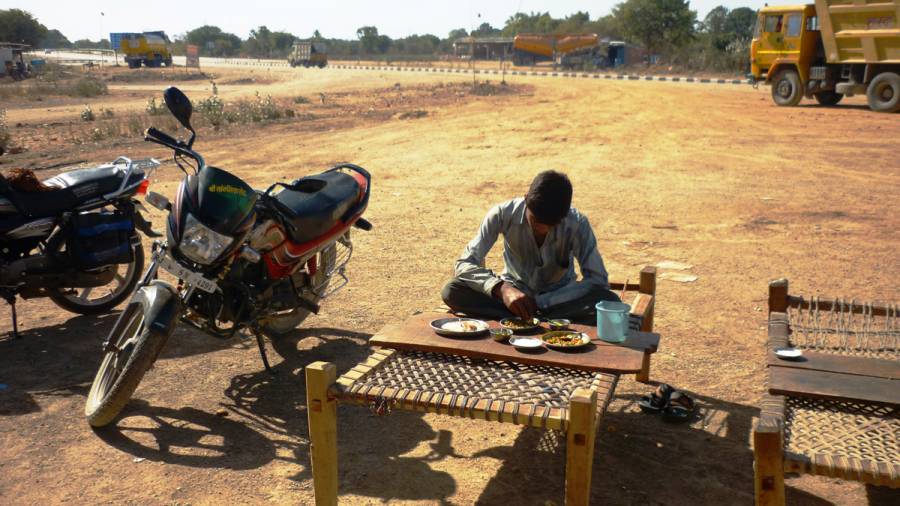 This is the conventional way of eating in an Indian Dhaba 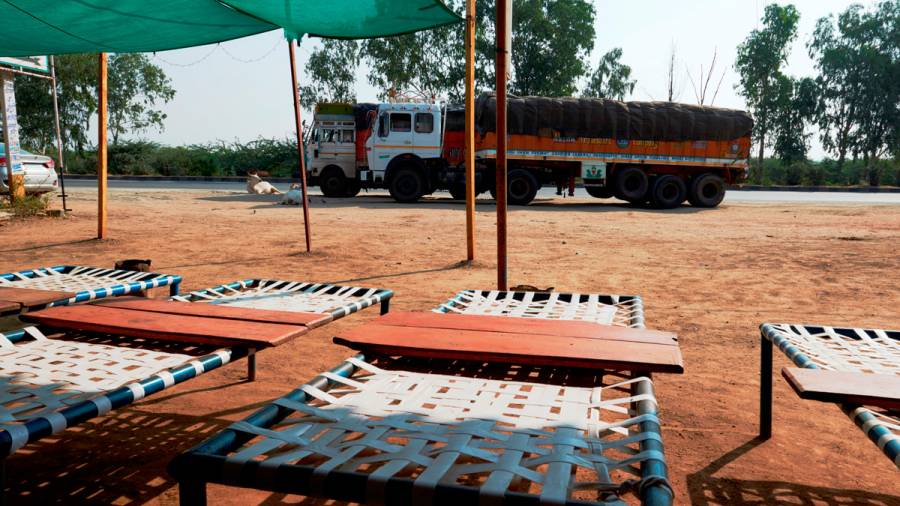 In many Dhabas the wooden Charpoys with jute strings, have been replaced by metal ones with synthetic straps 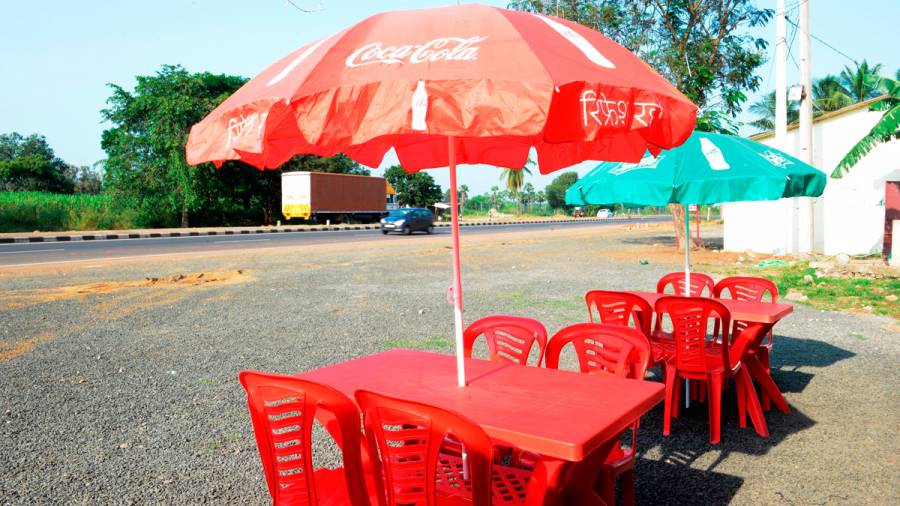 Sadly, Charpoy's are also being displaced by such ugly plastic tables and chairs

If you speak to any seasoned road traveller they will have many interesting anecdotes about their favourite Dhabas. I simply love them because of their simple, fresh and tasty food. I also have great memories of the old days when on long drives I often paid about five rupees extra to sleep for a few hours in the night, on a Charpoy, with my car parked right beside me. 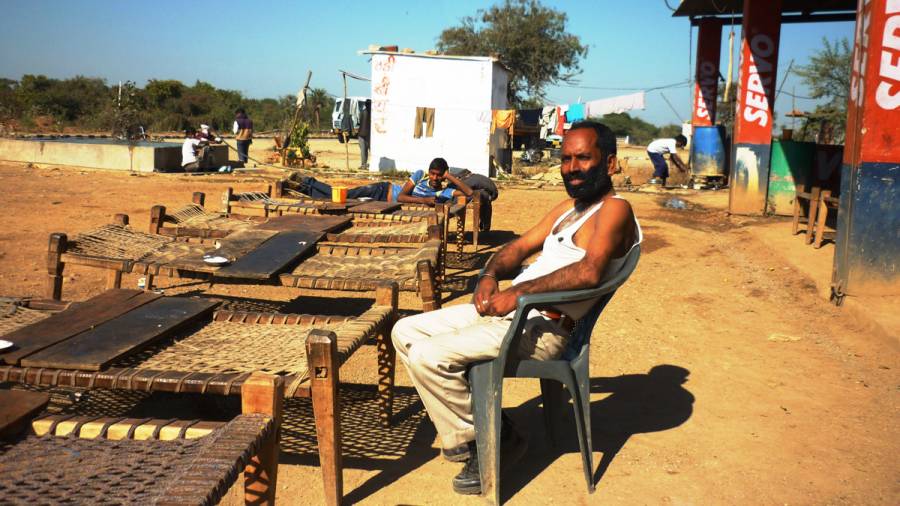 Eating and then sleeping, is one of the highlights of dining in a traditional Dhaba

Many Dhabas in the interior parts of India and sometimes even on our State Highways, are located in forested regions and some also offer spectacular views. I have always had great fun eating and sleeping in such Dhabas. Unfortunately, our newer generation prefers fancy concrete and characterless restaurants or motels with tables and chairs and our time-honoured Dhabas are slowly but surely, losing ground and being replaced by regular restaurant type eating places. Given this, I urge you to go out now and eat and maybe also sleep, at one of our endangered traditional Indian Dhabas. 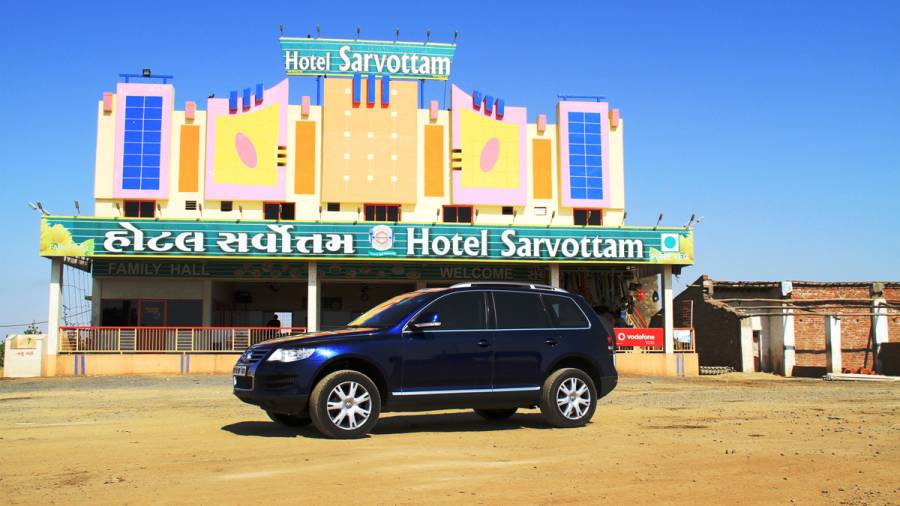