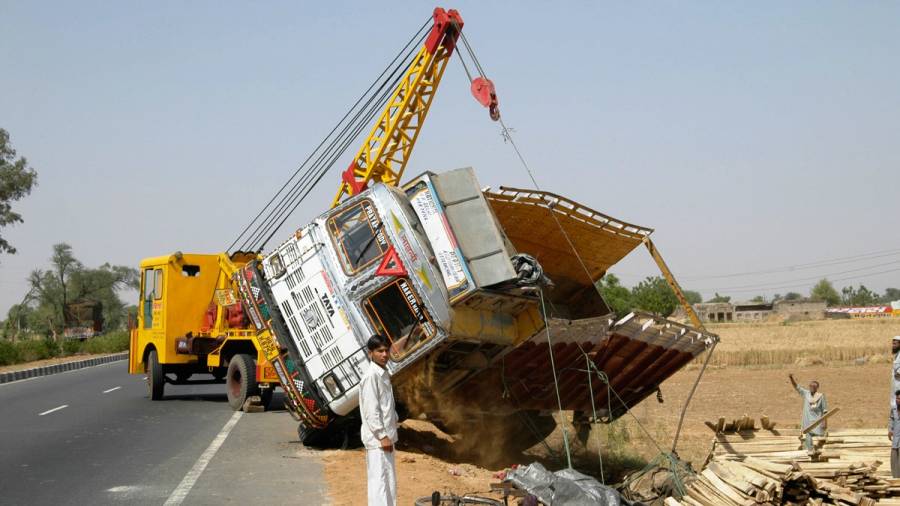 This is one of the most common sights on Indian Highways

What is the most common thing you see Indian Highways?  Most sensible people will immediately answer, bad driving and accidents.  Yes, sadly these are common sights on our highways. I am also constantly amazed by the millions of close shaves and near misses. It's almost like there is an invisible force working miracles on our highways and magically preventing many more crashes from occurring. 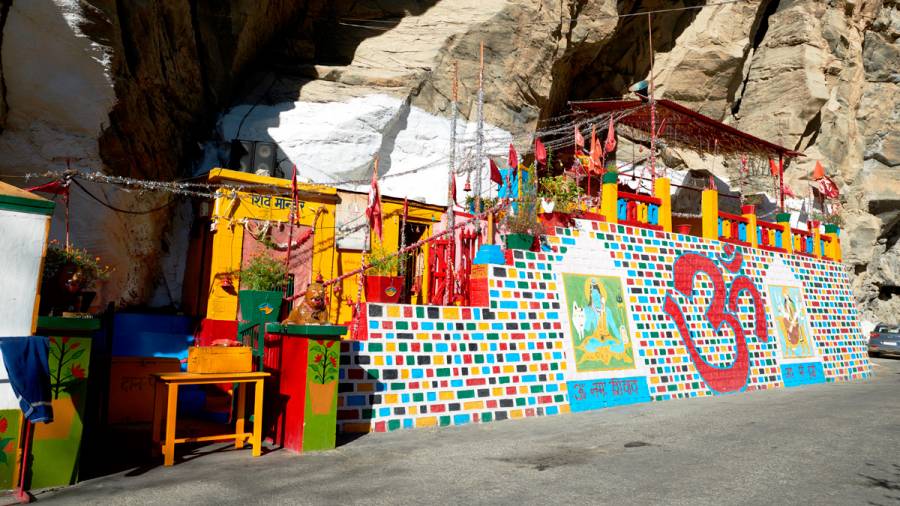 Once upon a time, roadside temples were also very common

So does God watch over Indian Highways? If one had asked this question a decade or so back, the answer would have been a univocal, yes. Earlier you would find roadside temples at regular intervals on almost all our highways, and they were virtually mandatory on all ghats or difficult hill climbs. 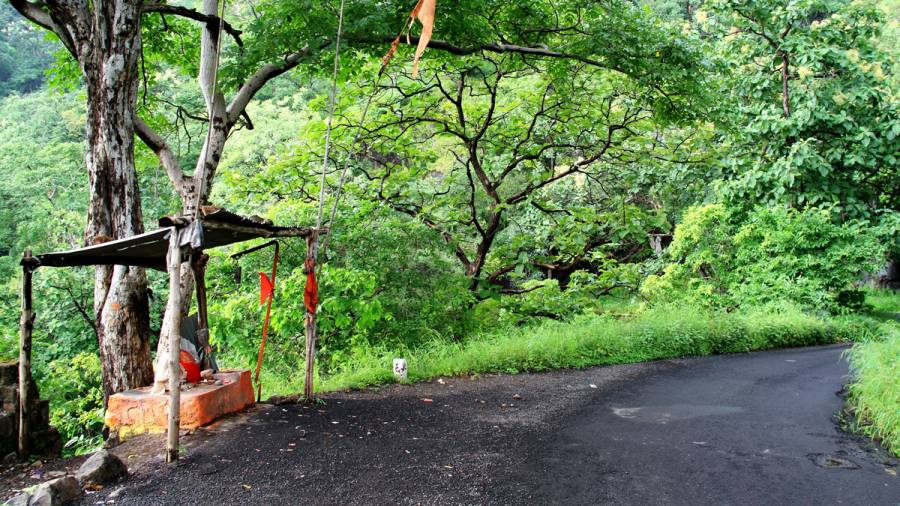 But now they are largely found only on ghat roads, or hill climbs

Drivers would slow down while passing these temples and offer coins or small change, and the pujari (priest) would come running to the vehicle and provide prasad, or little food for devotees.  Yes, seeking the Lords blessing for a safe journey, was once an integral part of the unique culture of driving on Indian Highways. 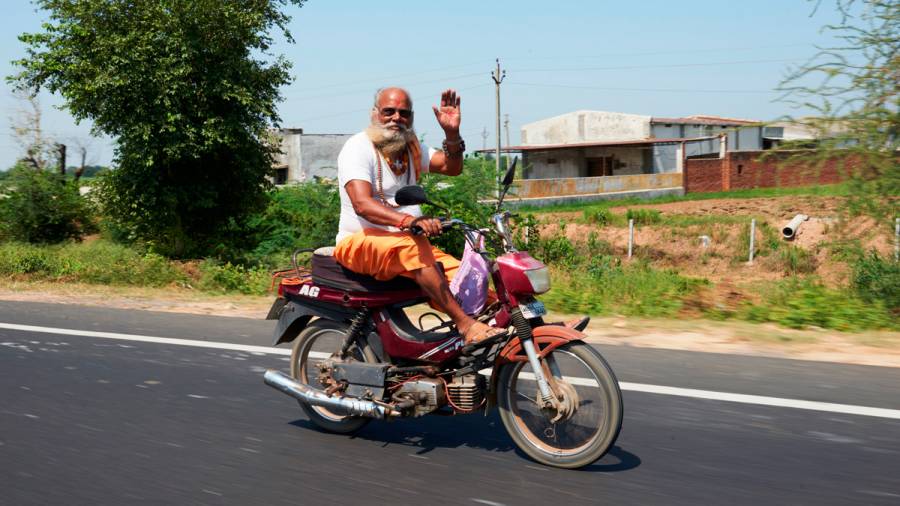 If you are lucky, you can get blessings from a holy man on the move

But with the expansion and widening of our highways, many roadside temples have simply disappeared.  You do still find them on some ghats, but the widening of our highways and the improvement in road surfacing, has also resulted in higher speeds, making it difficult for drivers to slow down to make donations or seek blessings. Nevertheless, let's not forget this is India, and if you are lucky like I have been on a couple of occasions, you can get blessings of the move. Check out the accompanying photo. 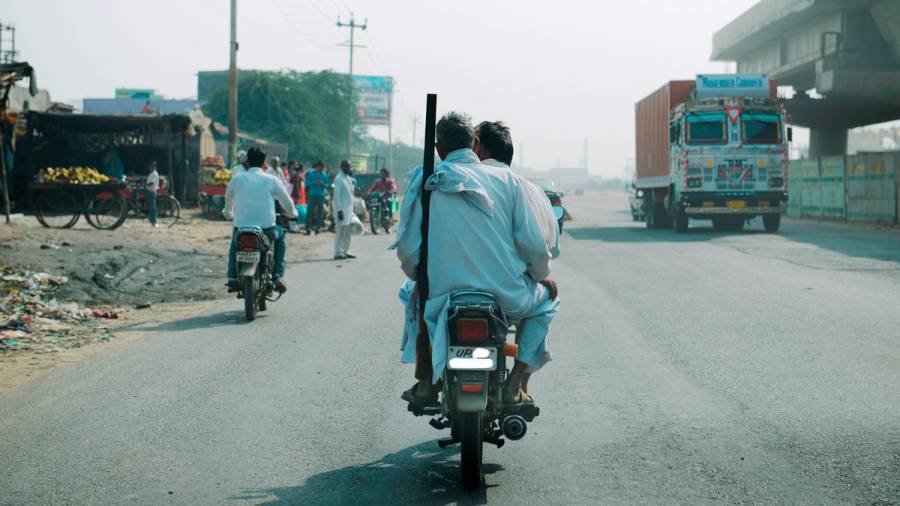 And if it's your bad day, you can also encounter someone openly carrying a shotgun

Sometimes, especially in states with law and order issues like U.P, Bihar and M.P, you can also see the strange sight of people freely moving about with double-barrelled shotguns or rifles! In fact even though it's against the law, in certain areas carrying and displaying a gun, is considered a matter of honour. 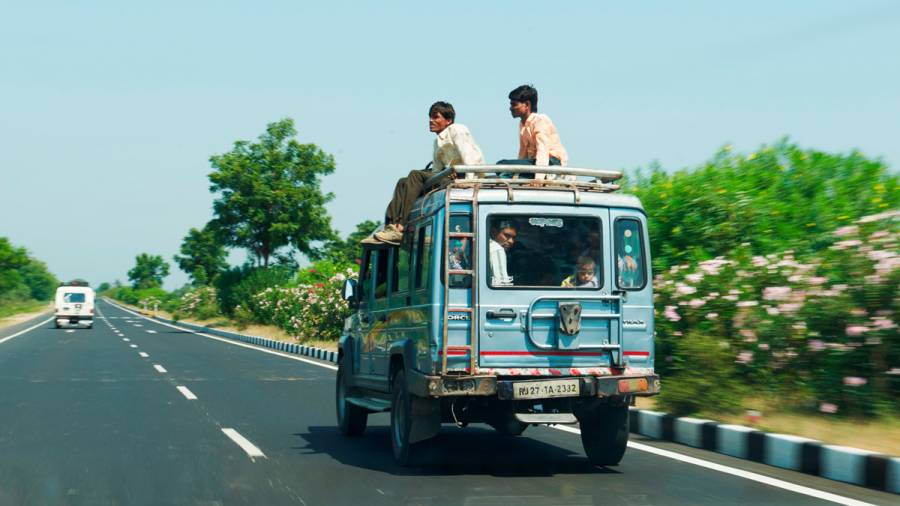 Travelling on roofs is a normal practice

One of the commonest sights on our highways is people sitting and nonchalantly travelling on the roofs of vehicles. This is so common that most of us Indians don't even notice it now, but I have seen foreigners getting completely shocked and shattered by this highly unsafe practice. 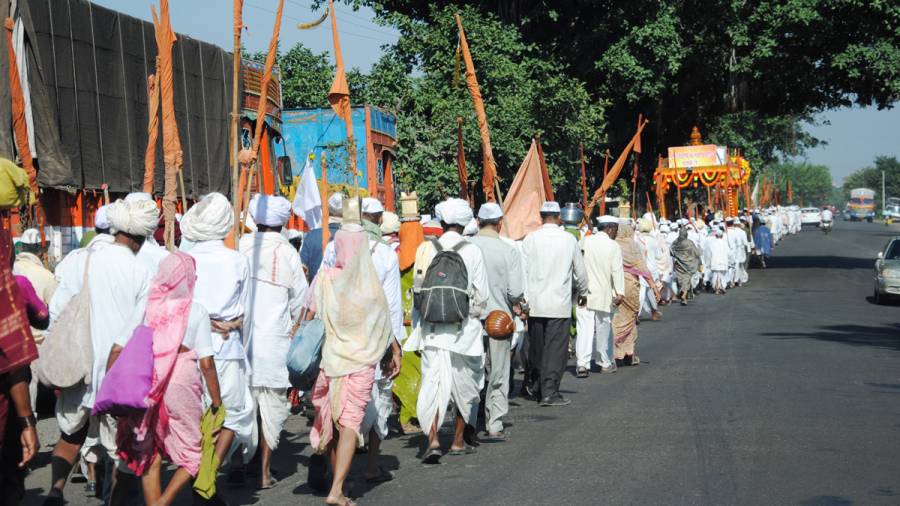 You also regularly see pilgrims or religious processions on our highways

Another familiar scene on India Highways is pilgrims walking long distances, and religious processions to places of worship. It's something you see everywhere and at times you also come across vehicles specially rigged out to take entire families on a pilgrimage. Let's not forget that for centuries, the only purpose for which most Indians travelled was to visit our sacred shrines. 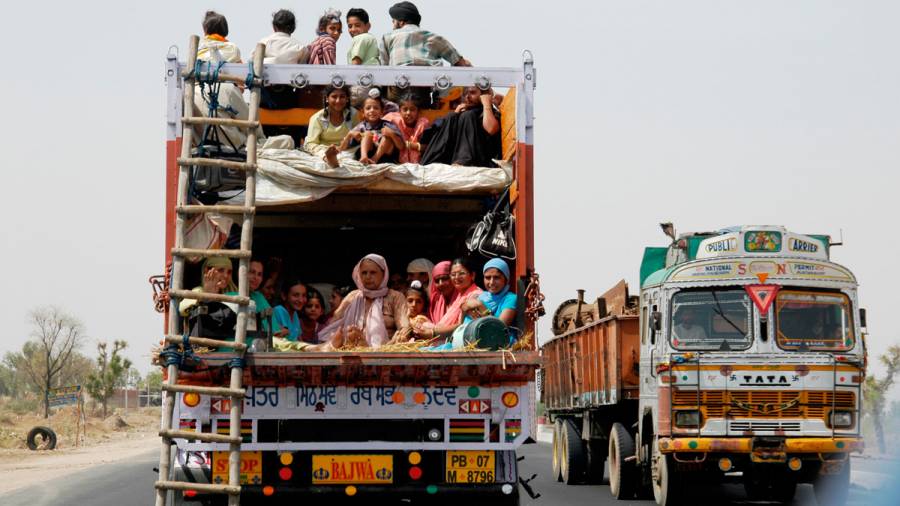 The modes of travel in India can also be diverse and exotic. In interior Gujarat, you are likely to see what is locally known as the "Chakkda Rickshaw". It is a motorcycle derived 3 wheeler used to transport people, and they are also popular as school buses, because the children simply love them. 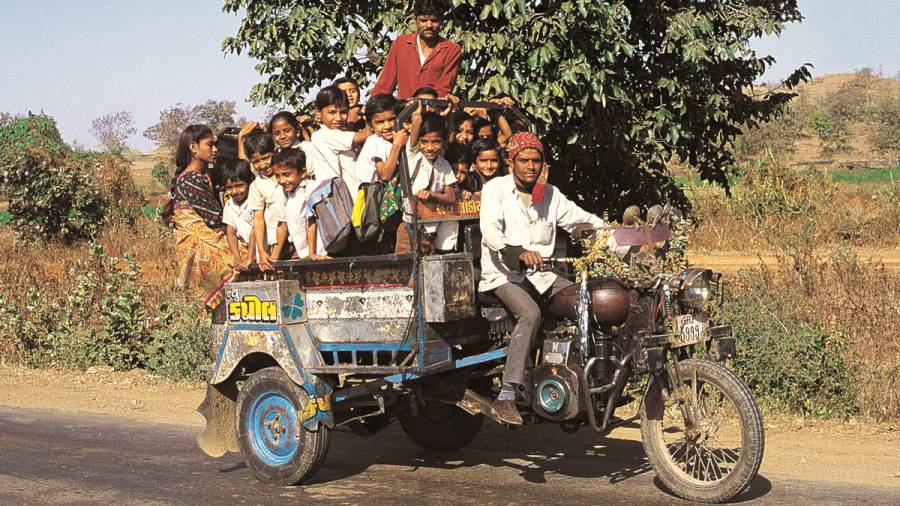 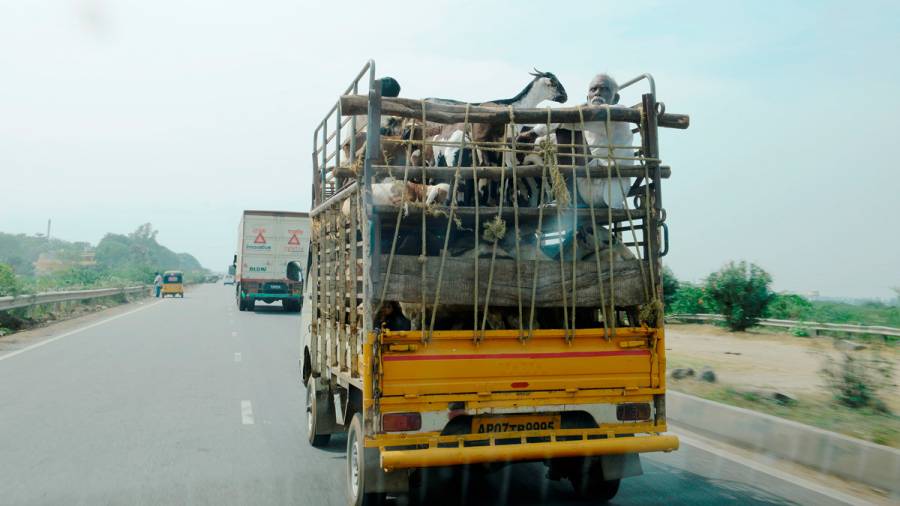 Goats and men, both casually travelling together

It is unique to Gujarat, particularly the Saurashtra region, and subsequently, Atul Auto started making them and used modified submersible diesel pumps, to power their version of the "Chakkda Rickshaw". 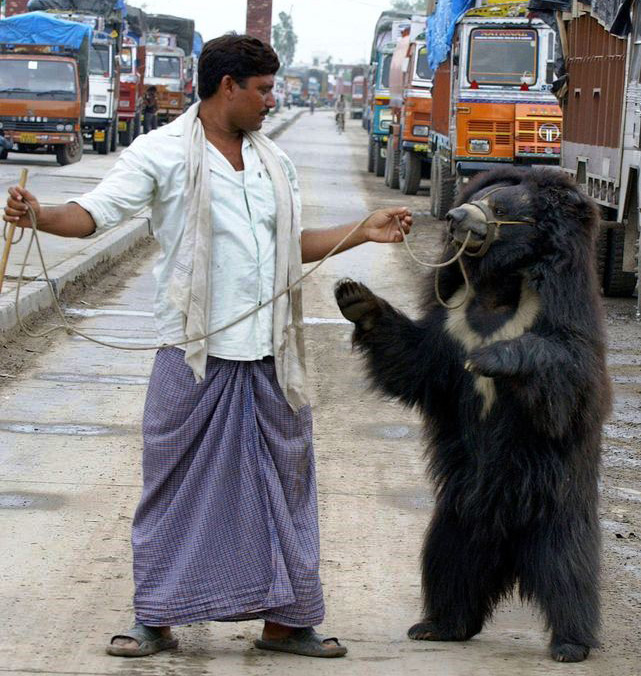 The cruel practice of dancing bears on our highways has been fortunately stopped. Image source abc.net.au

One sight that was once unique to Indian Highways and which I always found very painful, were the dancing bears! Yes, the men of the Kalandar community used to trap sloth bears, remove their teeth, and make them dance on our highways for a little fee. 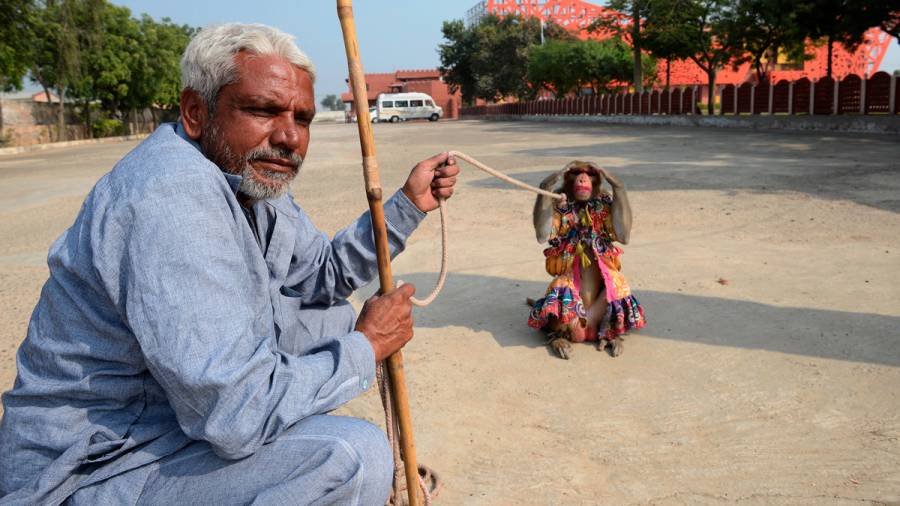 But monkeys continue to be used to entertain humans. Or is it the other way around?

This cruel practice that terribly hurt and traumatised the bears was banned by the government and in 2009; the last Indian dancing bear was taken to a rescue center. But the practice of making monkeys and other small animals entertain humans continues. 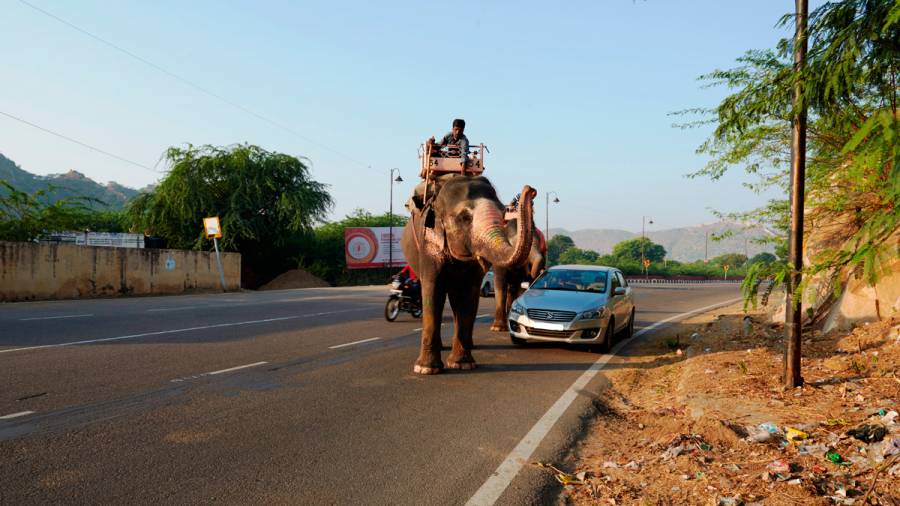 Elephants are also common on our highways

India is also possibly the only country in the world where you can see both wild and tame elephants on our highways. One of the most uncommon sights I have seen is a restroom reserved exclusively for ladies. Normally its difficult finding a restroom on our highways, but when I came across one in Himachal Pradesh that was only for ladies, I just had to stop and photograph it. 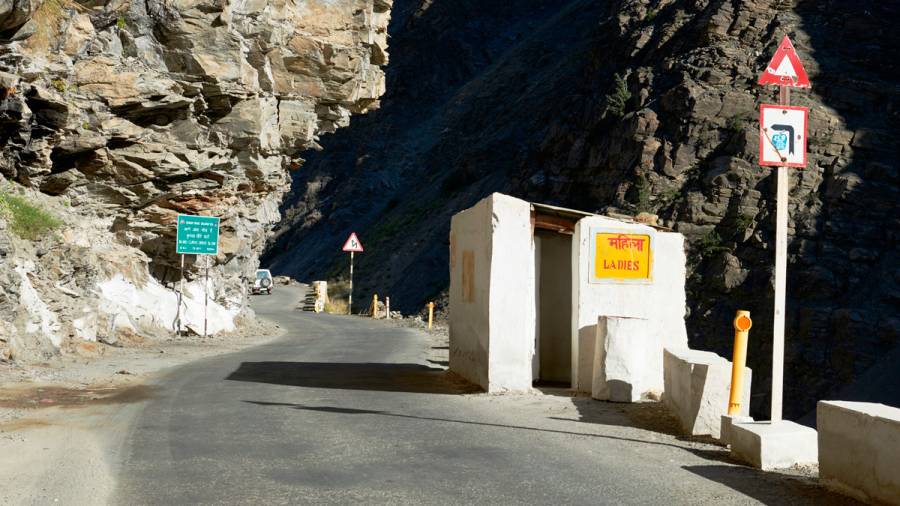 But toilets exclusively for ladies are rare

It's also rare to find signboards highlighting significant human, natural, archaeological or geographical landmarks. So I was thrilled to see a well-designed and properly positioned one in Gujarat, marking the point of the passing of the Tropic of Cancer. 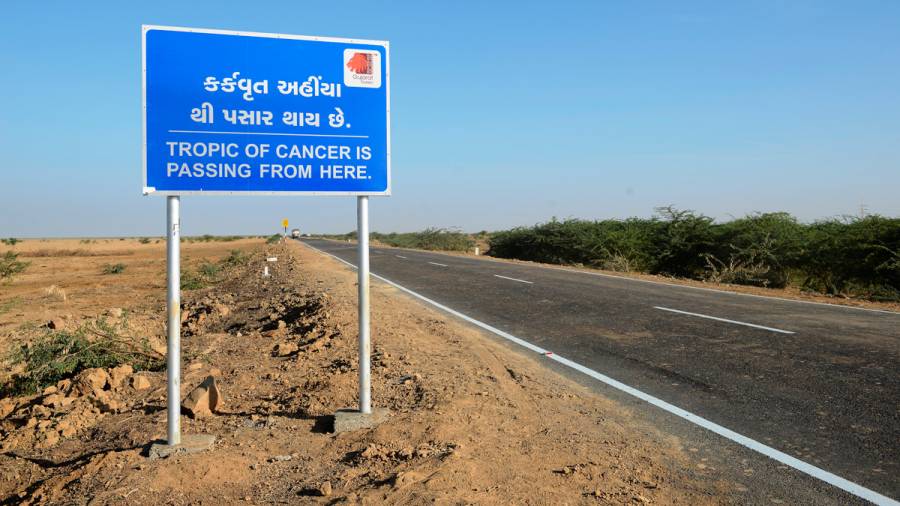 It's also uncommon to find such informative signboards

These are not the only common or uncommon sights on our highways. There is a lot more, so stay tuned for the next in this series of "Life on Indian Highways".