It's a surprise you don't see too many of these new Ford Figos out on the road. It's got one of the more compelling safety and warranty packages in its segment and quite a potent petrol engine to go with it in this case. Along with, of course, the typically agile Ford dynamic ability. So will the addition of a petrol automatic version turn things around for the small Ford hatchback? The Figo was available with a DCT gearbox with the earlier 1.5-litre petrol up until the BSVI switchover. But with that combination not attracting the compact-car tax breaks, Ford India has now fitted this different gearbox to the 1.2-litre petrol engine that is likely to be more popular among buyers in the current scenario. 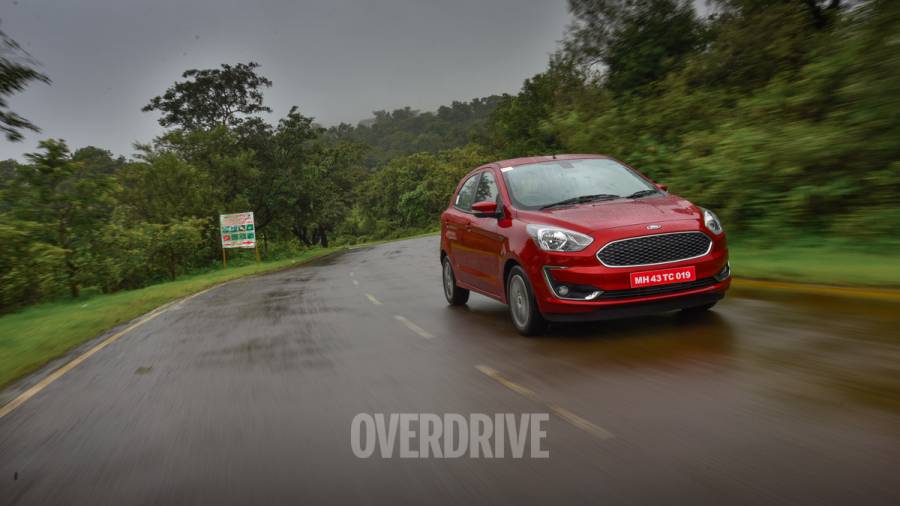 The 6-speed torque converter in the Figo is the only one of its kind in this segment, the Maruti Suzuki Swift and Hyundai Grand i10 Nios both only get AMT options. The benefits of using this more sophisticated technology is immediately apparent in the seamlessness it lends to the Figo's driving experience.

So when you're just ambling along in traffic, the Ford Figo is at its best. The gearbox allows for smooth if not completely seamless progress, but with none of the jarring head nod that even the best AMTs can't fully eliminate. The engine is also very refined here and has enough poke around the lower reaches of its rev band to not make the experience cumbersome, the light steering helping further. 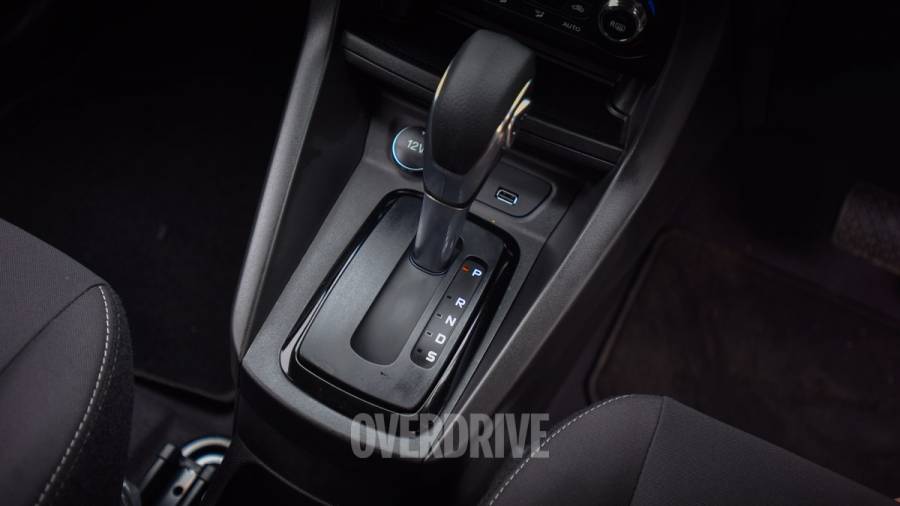 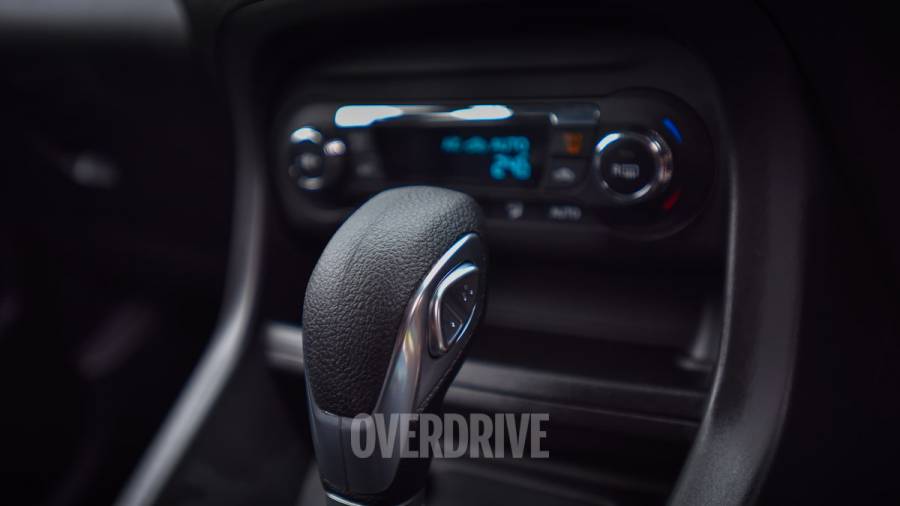 Understandably the torque converter is tuned more towards efficiency than performance. So despite the segment-leading 96PS and 119 Nm outputs from the 1.2-litre naturally aspirated petrol, the Figo needs a confident jab at the throttle to get you the downshift you need to put it in the most responsive part of its powerband, This also sometimes causes the Figo to lurch ahead when the shifts come through. A sensation most apparent when you need to keep up with traffic and tackle inclines with a full load of passengers. The drone from the engine isn't that nice either in such situations. Switching to the Sport mode tackles this problem relatively well, giving the Figo a touch more alertness by dialling down the delay between the revs matching and the actual shift. Although, the fiddly button shifters on the column make taking full control not as easy as it should be. 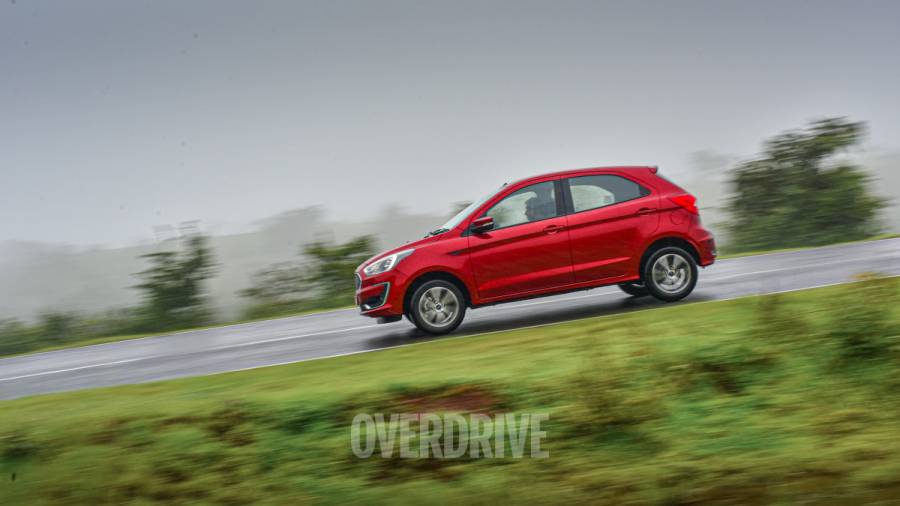 But there is a downside to this largely positive experience which might well be the Ford Figo automatic's Achilles Heel. Unlike its AMT equipped competitors which match or sometimes better their manual counterparts in fuel efficiency, the Figo is at quite a deficit to its competition in this regard. We managed only 11.2 kmpl in the city and 12.5 kmpl on the highway despite the extra sixth ratio. Aside from being a traditional drawback of this technology this was also down to the gearbox's tendency to rev out quite a bit before dropping down a gear while negotiating traffic.

Staying true to the blue oval it carries on the bonnet, the Figo is one of the best handling hatchbacks in its price range. There is a plushness and maturity to the ride across all road surfaces that is usually expected from larger cars. We would have liked the steering to weigh up a bit more at speed but other than that the Figo is quite enjoyable on a hilly stretch of road or even on an intercity road trip one with its surefootedness and predictable handling. Nothing has changed on the inside, which means the interiors continue to remain a bit of a mixed bag for the Figo. So while the driving position and layout of the controls is as good as it gets. A few more colours wouldn't have gone amiss. There are thoughtful feature additions like the auto headlamps and wipers and the height adjustment for the driver along with large cubbies. But the lack of smartphone integration and cruise control are now below expectations in this segment. 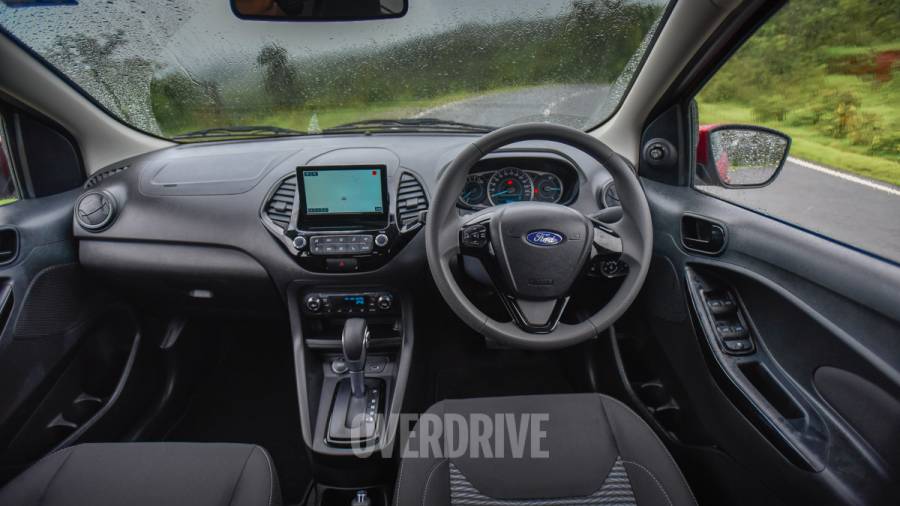 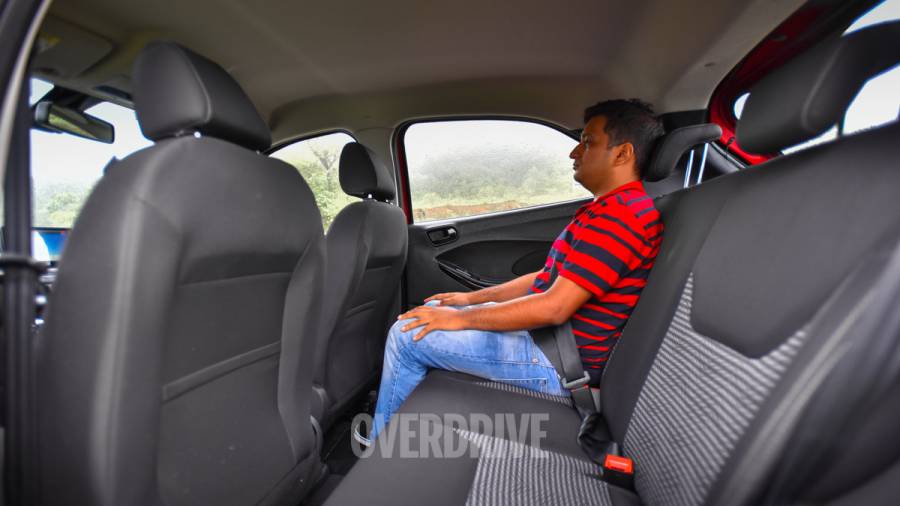 The AT is available in the Titanium and Titanium Plus trims which offer a compelling safety package with ESP standard, a feature some much more expensive cars miss. Rear passengers might not take to the Figo too kindly, although space and comfort is about as good as it gets in a car of this size. There are no rear AC vents or a centre armrest and no storage spaces in the doors. The boot is a fairly useful size, however.

Similarly, the Figo continues to look largely the same on the outside. We like its simple shape and clean lines, and with the subtle chrome highlighting around the grille and bumpers for the AT version, there's a bit more of a sense of occasion to the hatchback's look. The new-look brushed alloy wheels are a nice touch too. We would have liked to have seen projector headlamps for the better visibility they provide and the touch of modernity they bring with them but generally, the Figo is quite a good looker in our books. 2021 Ford Figo AT: Verdict and prices

If you can overlook the efficiency disadvantage and the absence of Android Auto/Apple Carplay integration, the Figo offers a more sophisticated and probably the safest driving experience as compared to its rivals. Despite its sedate responses, the gearbox adds to this experience and pairs well enough for most users' needs with the hatchback's supple yet alert driving characteristic. And with prices starting from Rs 7.75 lakh, the Figo doesn't charge you any more than its competitors for these attributes. 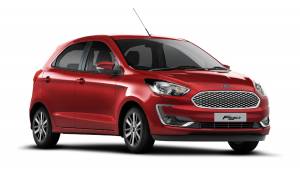