The headline with the Figo facelift isn't that it's got the most powerful engines in its class, or that it's the only hatchback in this range to offer six airbags, or even the 5 year/unlimited km warranty. 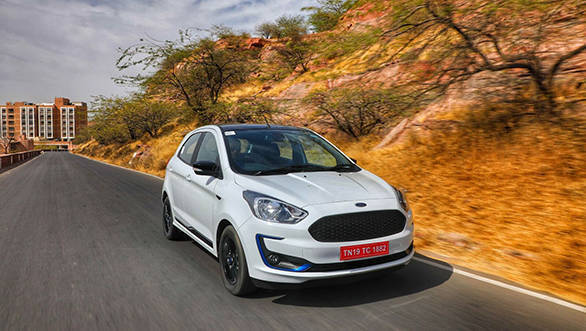 It's the fact that at a starting price of Rs 5.15 lakh, ex-showroom, the new Figo undercuts itself by Rs 67,000! Ford cut prices with the recent Endeavour facelift too, and it's something that definitely gets the right kind of attention. Further, the Figo lineup has been simplified to three variants, and three engines. There's the 1.2-litre with a five-speed manual, or a 1.5-litre with a six-speed automatic. These are the three-cylinder 'Dragon' petrol motors, as selectively available on the Aspire, EcoSport and Freestyle. The 1.5-litre diesel carries forward unchanged.

The most substantive change in the look of the Figo comes from the bumpers, similar to those found on the Freestyle. To complement it, the top-end Titanium Blu variant gets a blacked out grille, blue styling elements, contrast roof, sporty decals, and 15-inch wheels finished in black. The split eight spoke wheels are quite a technical design, and they look great! Lesser variants have chrome brightwork which appear a little flashy in pictures, and 14-inch wheels. In terms of features, Ford have added automatic headlights and a 7-inch touchscreen. And while it has bundled navigation, we would've preferred Android/Apple integration, at least on the top end Blu variant. Ford tells us that feature has been knowingly omitted to keep that competitive price tag intact. 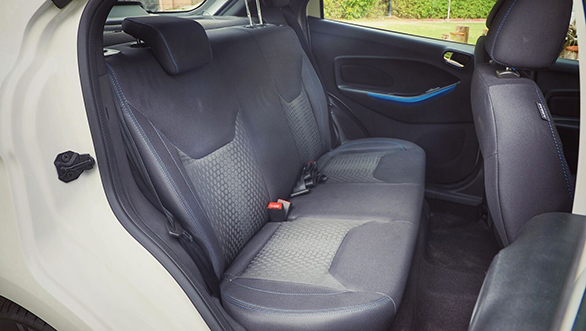 And the engines, of course

The 1.2-litre and 1.5-litre three-cylinder petrols are new to the Figo, but we've experienced them before on other Fords. The gearbox, though a five-speed, is new to the Figo again (borrowed from the Freestyle) and said to be lighter, in weight and on maintenance. Gearing is slightly taller compared to the Freestyle, thanks to a revised final drive ratio, possibly helping it to its 20.4kmpl claimed efficiency figure. The 1.2-litre packs 96PS and 120Nm torque, making it the most powerful in a segment where others offer figures in the mid-80s. The 1.5-litre similarly boasts of a segment-leading 123PS and 150Nm torque, and it's mated to the only torque converter in its class. Like we mentioned earlier, the 1.5-litre diesel is unchanged and makes 100PS and 215Nm of torque. 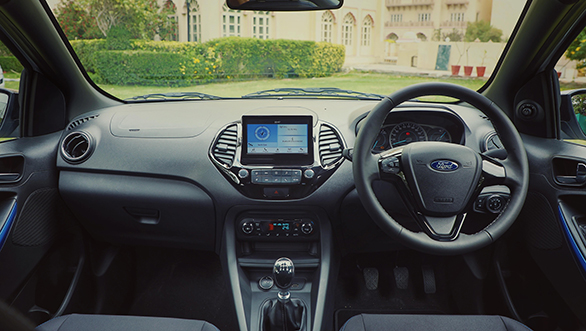 How do they drive?

We had the two manuals to test  the petrol and the diesel. And having recently experienced this same engine in the Freestyle, the Figo immediately feels easier to drive around, needing less shifts in the city. The shift action also feels more positive, and the light clutch also feels less sticky than we remember. As before, the 'Dragon' engine sounds fairly refined for a three-cylinder but that changes when the revs climb. We say when, because this engine does feel like it takes its own time to build revs, and starts sounding rough above 4,000rpm. If you're in the mood to hustle, response above 2,500rpm is immediate, though we would've liked more engine braking after lifting off the throttle. We've been told the fueling has been adjusted to make sure the on-off throttle transition feels smooth, but it feels a little disconcerting at first. 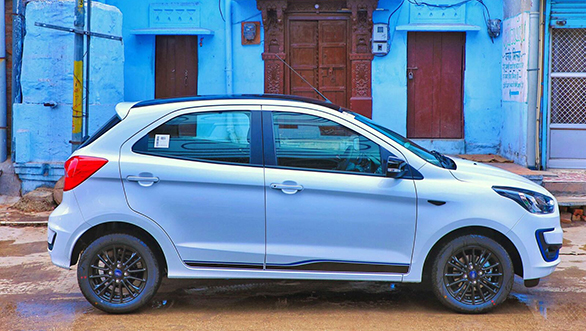 Comparatively, the diesel is a firecracker! It builds steam early on and just wants to keep going. In the city, tackling speedbreakers in second wasn't an issue, and the clutch wasn't heavy to slip when in bumper-to-bumper traffic.

We had the chance to drive a narrow piece of twisty road, possibly the only stretch in Jodhpur without traffic, and loved the agility and balance of the Figo. The diesel felt a little more sure-footed, and squirmed less under heavy braking, even though it's carrying extra weight in the front. Interestingly, it also has the slightest edge in ride quality, feeling just a little more supple than the petrol. As it is, the Figo is firmly damped and will thud over ruts and potholes at anything over city speeds. It isn't uncomfortable by any stretch, though we think there are others in the segment with a more forgiving ride. 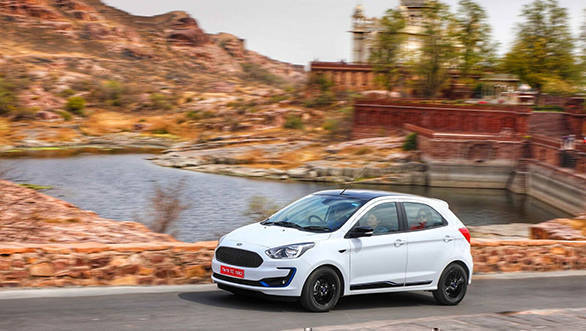 Ford seems to have a winning formula on their hands with the refreshed Figo. We've seen before that this segment of hatchback is price, and feature, conscious and the Figo delivers on those fronts in spades - and is still so much fun to drive. 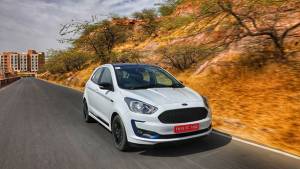 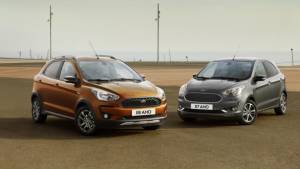 Ford to discontinue made-in-India Figo from... 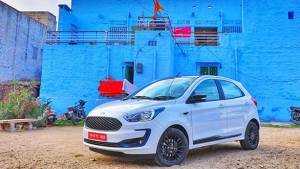