Toyota has revealed the new generation of its largest pick-up truck, the Toyota Tundra. The Tundra is primarily aimed at the North American market with its appetite for oversized pick-up trucks and goes up against the likes of the Ford F-150, Chevrolet Silverado and the Ram 1500. This is the first ground-up update for the Tundra since the second generation debuted in 2007 bringing it up to speed with the vast array of tech and convenience options now a given in this segment.

There's no getting away from the ginormous radiator grille of the new Toyota Tundra, which is possibly among the biggest ever seen on a road-going passenger vehicle. The overall silhouette of the new Tundra is decidedly boxier, with the sculpted wheel arches adding visual muscle. 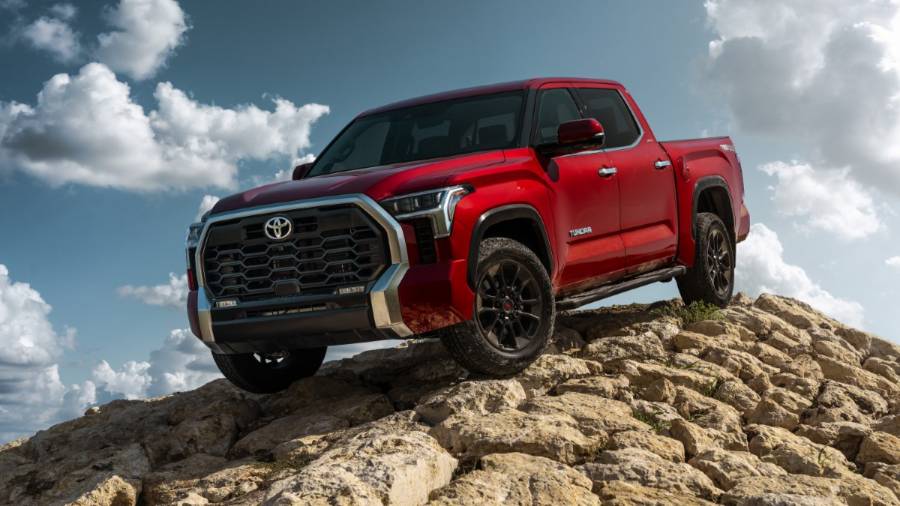 The 2022 Tundra is based on Toyota's TNGA-F platform, which also forms the base for the new-gen Toyota Land Cruiser LC 300. TNGA-F vehicles utilise a ladder-frame architecture, and there are several vital mechanical components the Tundra shares with the new Land Cruiser. Just like the LC 300, the Tundra, too, gets coil springs and a five-link suspension, which will bring enhanced ride quality and result in major savings for Toyota. Other carryover features from the LC 300 include a lockable rear differential, Multi-Terrain Select off-road modes and Crawl off-road cruise control. 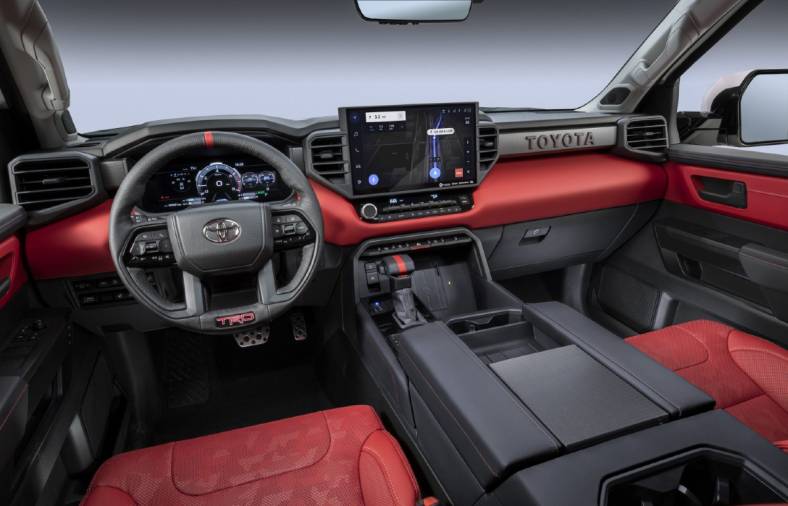 In a considerable change-up over the previous model, the Toyota Tundra now has a more up-to-date interior, with the standouts being a 12.3-inch digital instruments display and a 14.0-inch touchscreen infotainment system running Toyota's new Audio Multimedia interface.

Also included are wireless phone charging, a panoramic sunroof, heated and ventilated front seats and wireless Apple CarPlay and Android Auto, among others. 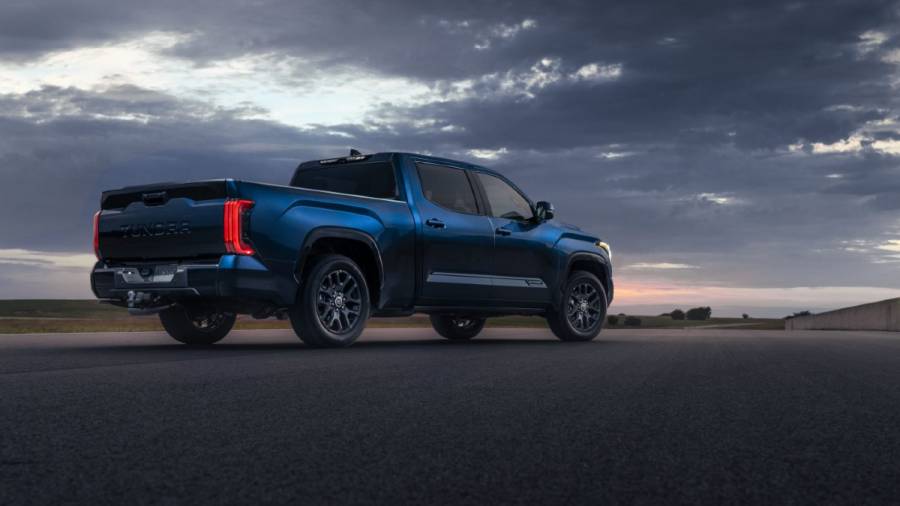 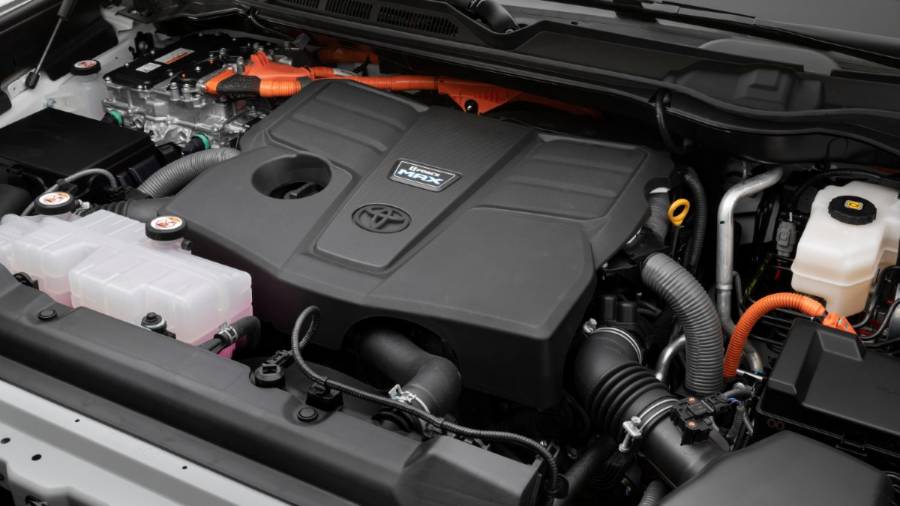 In what may surprise some pick-up truck fans, the Toyota Tundra doesn't pack a V8 engine option at all. Instead, Toyota is offering two twin-turbo V6 units  a 3.4-litre engine that puts out 389 hp and 649 Nm of torque, and a hybrid version of the same engine, with a total output of up to 437 hp and 790 Nm of torque. Both engines are paired with a 10-speed automatic transmission, and buyers will be able to choose between rear-wheel-drive and four-wheel-drive options.