Yamaha has unveiled the 2021 MT-09 middleweight naked, which is expected to arrive in India sometime next year in a BSVI avatar. From the images below, it is clear that the 2021 MT-09 looks distinct compared to the previous iteration. However, it is not just aesthetics as Yamaha has also made the MT-09 lighter than before along with making it more powerful.  Additionally, it also boasts of tech and equipment form Yamaha's flagship supersport offering. 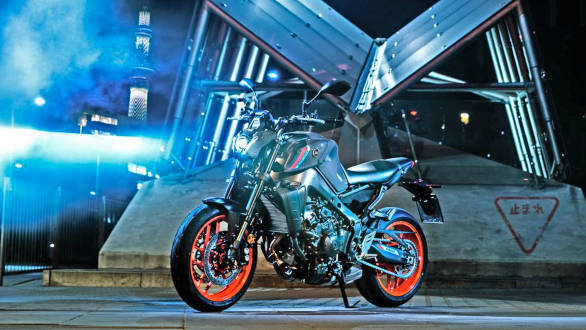 Powering the 2021 Yamaha MT-09 is still the inline-triple cross-plane engine. However, this time Yamaha has reworked on the design of this engine to make it lighter than before along with improving its fuel efficiency. The displacement of this motor has been upped from 847cc to 890cc, also increasing the power from 115PS to 117PS. This has been achieved with the use of update design of camshafts, crankcase, fracture-split conrods and pistons as well, which have collectively resulted in a weight saving of 1.7kg. 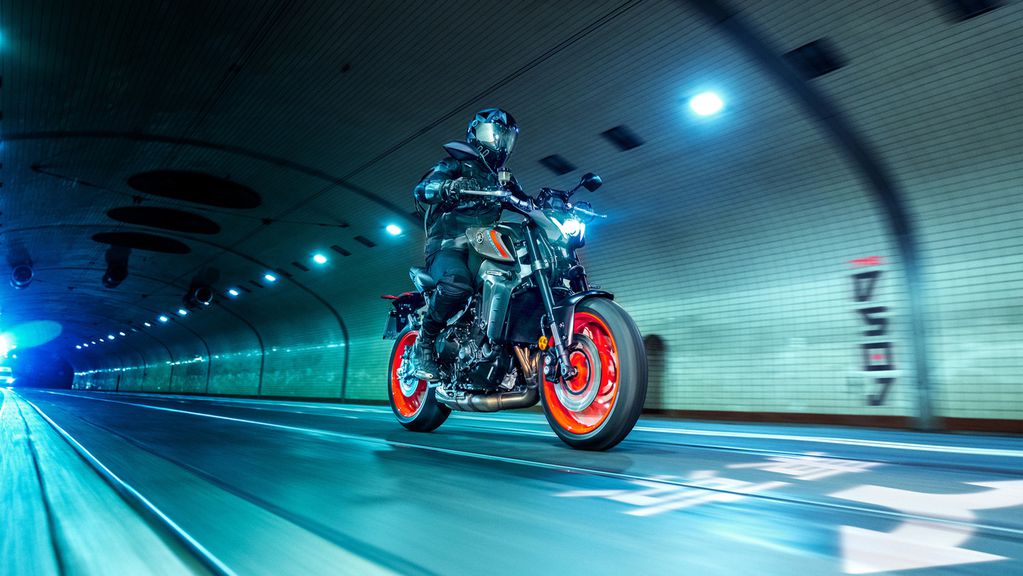 The torque rating of this motor has been increased to 92.87Nm from 87.45Nm. While that might not seem too much, the additional peak torque is achieved at 1,500 rpm lower than the previous, which should mean for a better mid-range performance. The updated MT-09 also features slip-assist clutch with updated gear ratios. Yamaha has also worked on the fuel injection system by altering its position from the cylinder head, which was done to improve the fuel efficiency by 11 per cent. 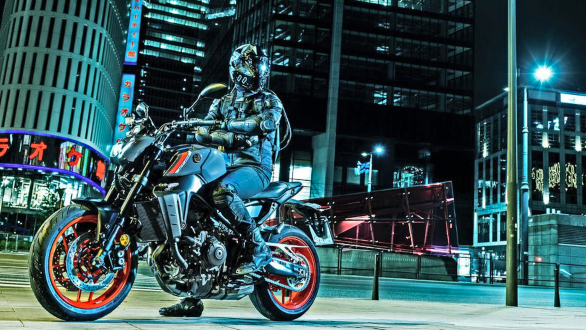 In addition to making the engine more powerful, torquey and also fuel-efficient than before, Yamaha has also updated the exhaust which as explained by the company was done to, heighten the feeling of acceleration. Considering the audio expertise that Yamaha has, making the 2021 MT-09 sound better and more engaging shouldn't have been a big task for the Japanese two-wheeler manufacturer. 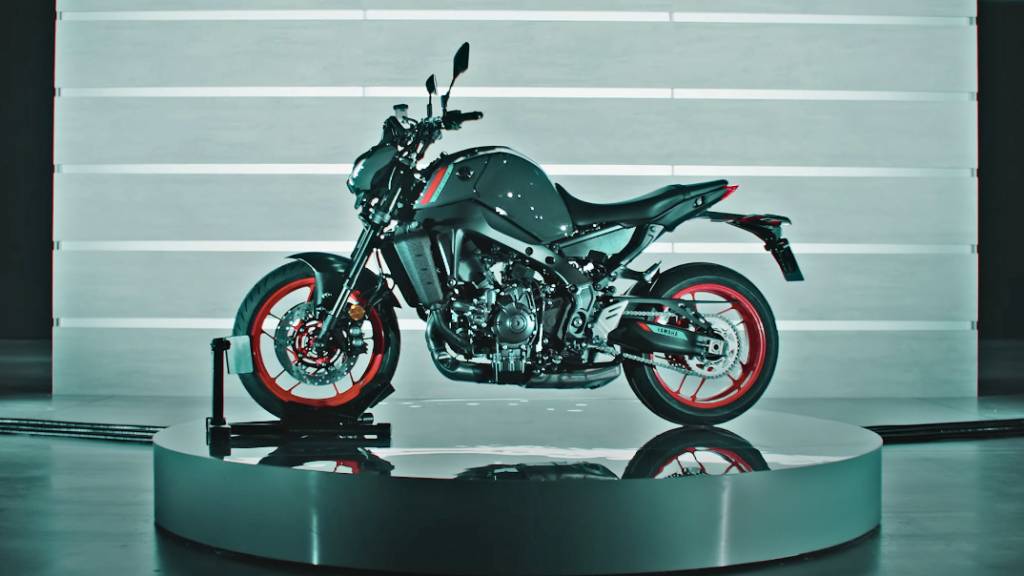 The underpinning of the 2021 Yamaha MT-09 is also new as the naked comes with a new frame and a subframe, which as mentioned by Yamaha offers 50 per cent more rigidity than before. Further, the new frame is lighter by 3.8kg, which has improved the handling and the manoeuvrability of the motorcycle. The MT-09 also benefits from lighter wheels and an updated suspension setup consisting of fully adjustable 41mm Kayaba USD and an adjustable for preload and rebound Kayaba mono-shock at the rear. 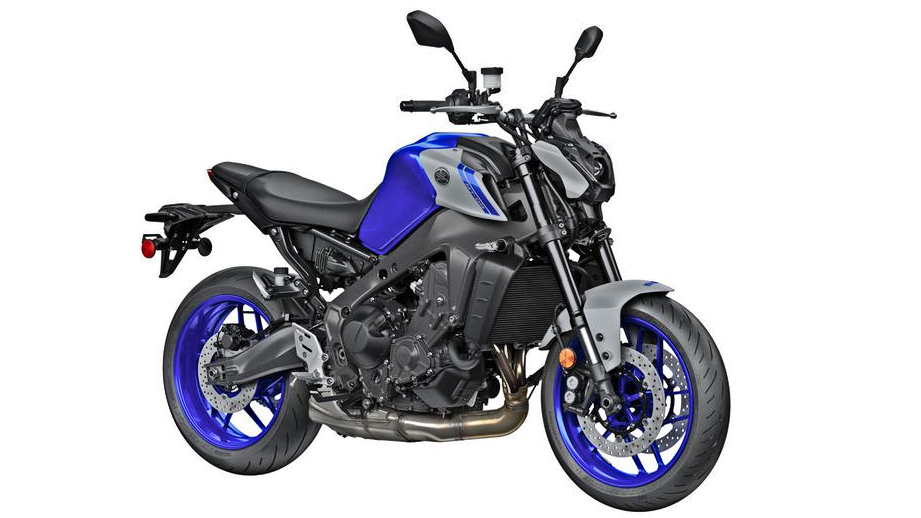 The braking setup to has been tweaked with a Nissin radial master cylinder doing duty in the front. One of the highlights of the 2021 Yamaha MT-09 is the six-axis IMU sourced from the YZF-R1, enabling electronic riders aids such as wheelie control, ABS, slide control and traction control. The unit offers three modes for altering these parameters along with one individual mode where a rider can specify the extent of intervention by the system. 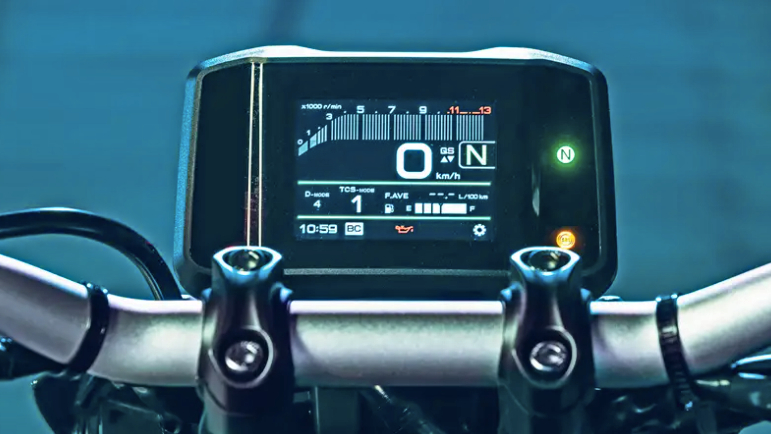 In terms of design, the headlight unit on the previous iteration has been updated with an even more aggressive LED projector with position lamps on the sides, giving it a minimalistic yet powerful design. Also new is the 3.5-inch colour TFT instrumentation which does look better with more function compared to the LCD unit of the previous but does miss out on some of the modern connectivity options. However, if the performance and the feel are right, we doubt anyone would have an issue over lack of music/navigation options on the TFT. Let us know your views in the comments section.