Since the year 2014, Austrian manufacturer KTM has been propelling the advent of small capacity performance motorcycles in India with its RC series of bikes. Over the course of time, the company has been fine tuning its supersport bikes not only to be lighter and more agile for laps around a circuit but also a lot easier to ride on a daily basis - all this while simultaneously comprising a good amount of tech and riding aids though remaining an approachable option to riders from all walks of life. Every little change with these bikes over the course of time has been made with the intention of allowing you to be a lot more confident and composed astride them and basically give you all the mechanical motivation you need to be the best you can be in the performance biking sense. And its efforts up to this point have all culminated to this - the new-gen 2022 RC 390. 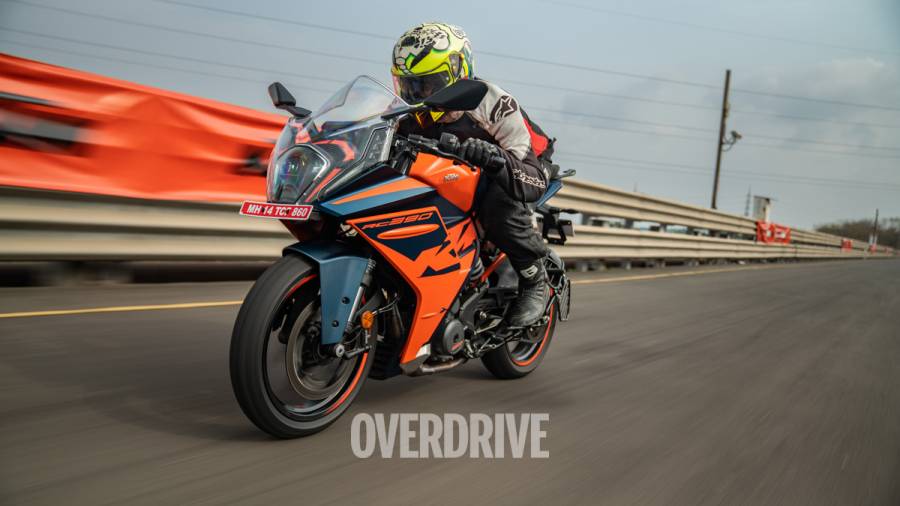 Like the lower displacement RC 125 and the RC 200 models, this bike has been on the receiving end of a substantial number of changes. New updated design, new chassis, slightly tweaked engine, and this one even gets some class leading electronics thrown in as well. 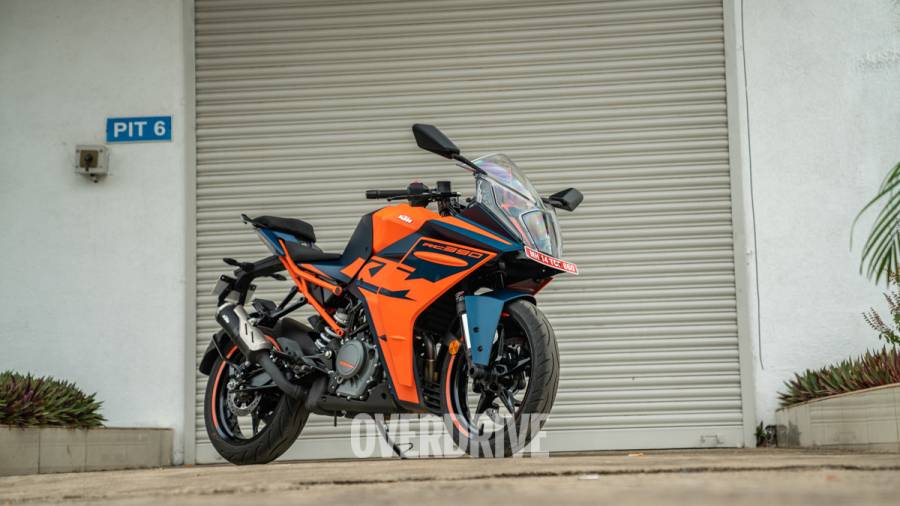 The 2022 RC 390 is styled after the company's RC 16 MotoGP competition machine. The bike now gets a bigger face, with a broader windscreen with integrated LED lights and indicators. Although the front doesn't look as aggressive as before the idea behind this alteration is to improve aerodynamics and wind deflection when you're really going for it. This can also be seen as a response to some feedback the company received from many of its seasoned riders. 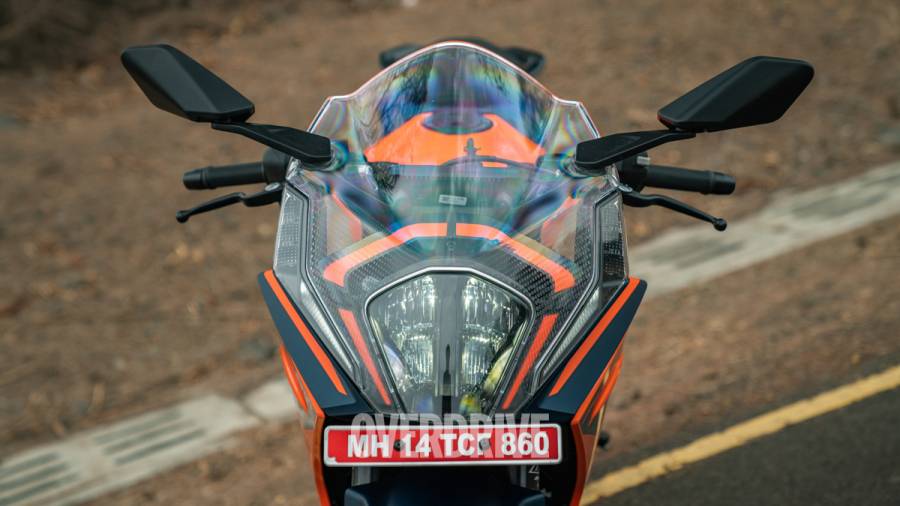 The suspension unit out front is the WP Apex USD fork, but unlike the unit on the bikes sold in other parts of the world, this 43mm fork doesn't come with the option of adjustability. The side fairing has been revised to allow better heat dispersion and aid aero, the handlebar gets a spacer that gives riders two positions 14.5mm apart, for a more aggressive feel. The tank volume has gone up in size from the older 9.5 litres to 13.7 litres and it's positioned closer to the handlebars which gives you a better knee recess area. The battery and electronics has moved behind the tank for better accessibility. Further back, you see the exposed new bolt-on sub-frame with the WP Apex monoshock suspension that can be adjusted for preload nestled within. The end can with its KTM branding is all new and it pretty much looks like an aftermarket fitment, which is quite cool in a way, exhaust note on the other hand won't impress many. The bike gets new grabrail resign where it now isn't integrated into the tail panels. 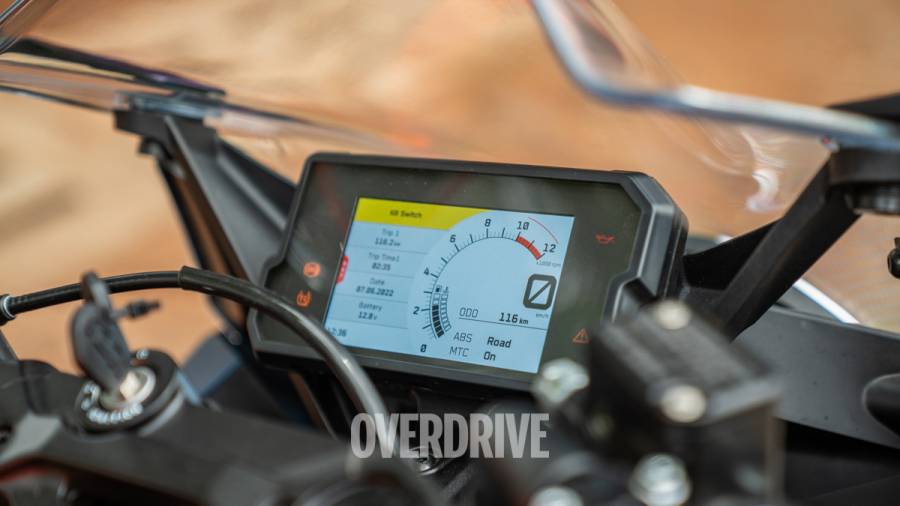 With the new-gen RC390 you get the same TFT display with Bluetooth connectivity that's lifted from the Adventure 390, just that this one gets more options to toggle through because this bike comes with lean-angle sensitive ABS - where the bikes' IMU intervenes for braking safely when the bike is leaned over in a corner - and supermoto ABS which alters the functioning of the dual-channel ABS by switching off the abs at the rear wheel, thereby allowing you slide the bike as you wish without any electronic intervention. This allows you to hone your trail braking skills, experiment in the braking zones, and basically go full hooligan mode, just like the riders in the promo videos that KTM posts online. The best bit of tech has to be the traction control on this bike which is the first in this segment. Not only is this a brilliant feature that allows you to push the bike to your perceived limits and beyond, while also gives you a comfortable safety net if things are getting out of hand. 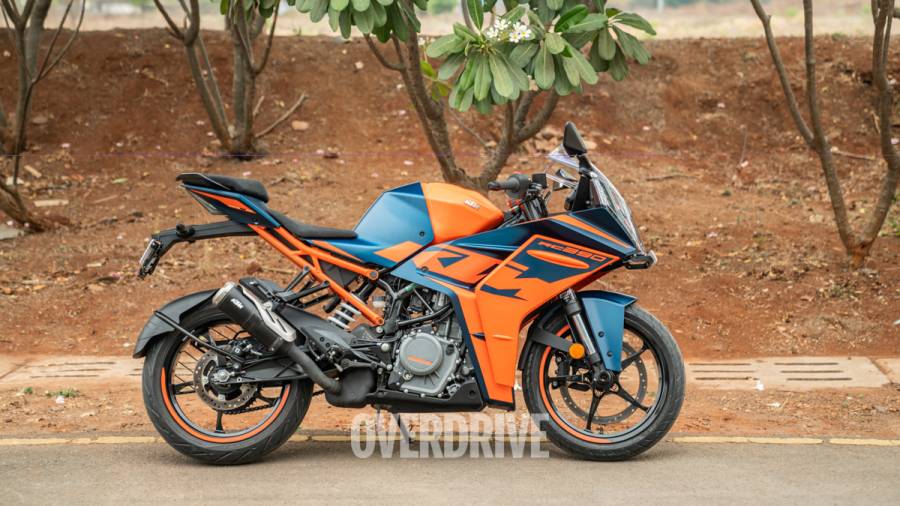 The engine is the same 373cc single-cyl liquid-cooled unit as before but has received some internal tweaking. The motor puts out 43.5PS @ 9,000rpm and 37Nm @ 7,000rpm which is up by 1Nm compared to the outgoing model. The engine comes mated to a six-speeder and it gets a slipper clutch and a quickshifter which comes in really handy for when you're going gung-ho out on track. The bike gets a larger airbox - it's now 40 per cent  larger than before which helps it breathe a lot better and improves the mid-range grunt of the bike, making it more tractable for city usage. With this new model, KTM have focussed on optimising the bikes handling and performance dynamics by reducing the unsprung mass of this motorcycle with the new chassis and lighter components like the wheels and hollow front axle, etc., which contribute to the bikes kerb weight being 1kg lighter than the older gen model, even with all the new bits and tech thrown in. Once you're on the bike you can tell the difference almost instantly as soon as you lean the bike into a corner at speed. The front end feels so light and it's so composed when you go in hot tucking into a corner and very easy to pick up when powering out hard. Overall, the bike just feels a lot more rigid and agile than before. KTM claims that the bike is a good couple of tenths quicker than before too, but we'll have that claim verified in a proper road test later on. The mid-section feels a lot narrower than before and there's more room for your knees and this in turn allows you to get a better hold of the bike in the bends. Turn-ins feel quicker and changing direction in general is a lot easier which should also make touring out in every-day, real-world conditions on this bike a lot better than before. 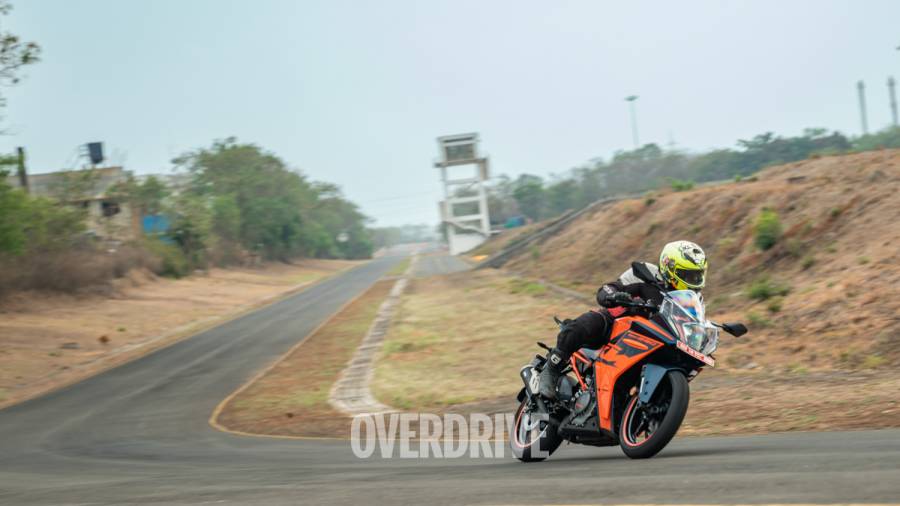 With all the changes that KTM have made to the 2022 RC 390, the bike is now a much sharper track tool than it ever was. It allows you to grow in confidence quickly if you're new to this biking segment or the aggressive riding style in general. But it's a little more than just that. The small-bore supersport is a lot more tractable and user-friendly than it was before with the new components and improved electronics package. It's not as manic as the first-gen bike but it feels well-balanced out with the amount of power on hand.  Also, if you're a seasoned rider who doesn't really feel the need to have any of the electronics interfering, you can have it your way as well because it's all switchable. The bike costs 3.14 lakh which is 35k more than the outgoing model, but the list of improvements and new bits is substantial so it pretty much justifies the cause and pricing.