Imitation, they say, is the best form of flattery. Going by that, Yamaha would be quite pleased to see the new Honda CB Trigger. No, the Trigger isn't a blatant copy of Yamaha's popular 150cc street motorcycle, the FZ-S, but the inspiration is more than obvious. Just take a look at the Trigger's fuel tank and you will understand what I mean. 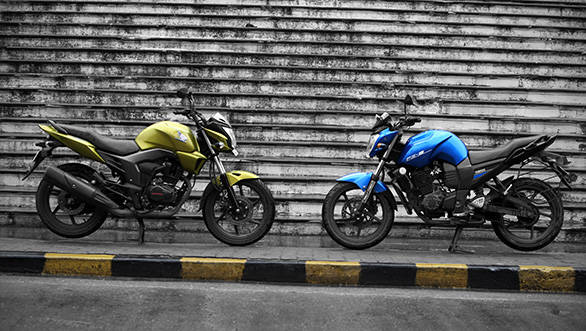 However, I can sympathise with Honda here. If I had launched a motorcycle in a segment that contributed significantly to the numbers game, but, had failed with the bike on a number of counts, I too would have looked up at the best in class and tried to incorporate its USPs.

The question is, how successful has Honda been in doing so with the Trigger? But to get there, let's first see what really works for the FZ-S. Styling is the Yamaha's strong point, no arguments there. With its beefy looking tank, fat front forks, an aggressive headlamp unit and fatter tyres, it clearly looks more muscular and torquey than its 150cc engine actually allows it to be. And this aura of brutishness is something the Indian motorcyclist likes. 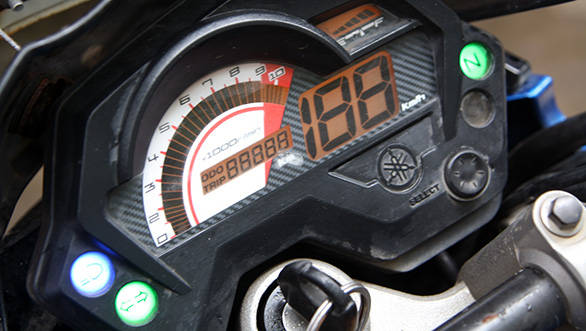 It also feels big and purposeful when you get astride. It has a wide and flat handlebar, and the seating in relation to the tank is low, so the rider actually sits 'in' the bike than on it. The foot rests are rearset but comfortably so, and everything in the rider's view is chunky; the view of the tank, the clocks wrapped by the bikini fairing or the dominating top triple clamp, all exude brawn. 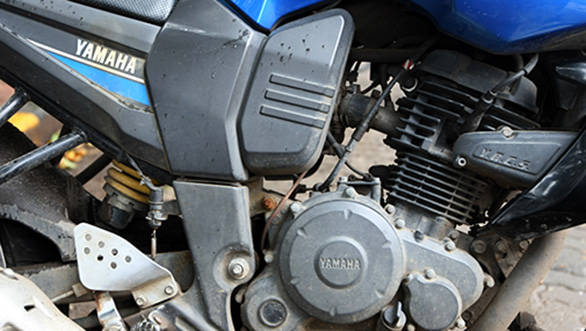 Honda has tried to adopt a more muscular styling for the Trigger in line with the Yamaha. So, it too gets a chiseled, large looking tank and a domineering headlamp unit. But, that's where the focus towards adding visual mass ends. Unlike the Yamaha, which uses its side panels and some other assorted plastic quite intelligently to concentrate the mass around the engine to give the bike a front heavy stance, the Trigger is more balanced visually, and that leaves it with a more commuter-like attitude compared to the FZ-S. This, in fact, defeats the purpose somewhat, particularly when Honda already has a commuter in the Unicorn. The commuter feel continues when you ride the Honda. The handlebar on the Trigger isn't as wide as the Yamaha, and the footrests are lower and comparatively forward set. 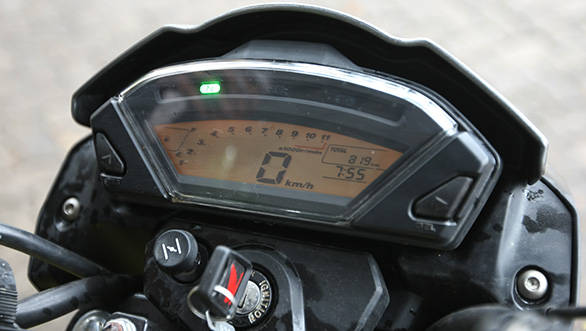 What we do like about the Trigger, is the way it rides. It has light but feel-some controls. The clutch is light but progressive, and the throttle response is crisp, linear and easy to modulate. The engine is the same as on the Dazzler; the model Trigger replaces. It displaces 149.1cc, makes a little over 14PS of max power and is mated to a 5-speed gearbox. The engine is smooth and has a decent low and mid range grunt. It doesn't mind being revved to its redline and transmits very few vibes. The gearbox is light to use and precise too. 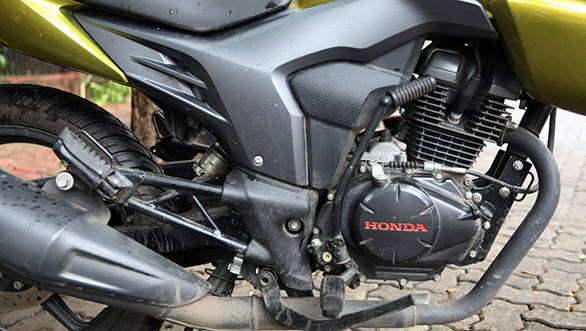 The Trigger's engine is more refined compared to the Yamaha

The Yamaha's gearbox is equally likeable if not more, and is, in fact, a bit better weighted. The engine though isn't as smooth; one can feel more vibes at higher revs and it sounds more brash than the Honda. Not that the 153.0cc, 14PS, single doesn't like being trashed; you can keep revving it right at the top all day long and it will continue to deliver with enthusiasm throughout. It also gives the FZ-S fractionally better performance. The Yamaha completes the 0-60kmph run in 5.2s and the quarter mile in 19.8s. The Trigger in comparison manages the two runs in 6.0s and 20.4s, respectively. The difference in the top speeds of the two bikes is less significant.

Another Yamaha USP has been the bike's dynamics. Thanks to the wider handlebar, good weight distribution and relatively sharp steering geometry, the FZ is fantastic when it comes to quick direction changes. There's hardly any inertia or vagueness in its responses; you steer, it turns. Simple. And this works equally well while filtering through traffic or going up a nicely winding ghat road. What's admirable is that the FZ manages these quick responses with fat tyres. 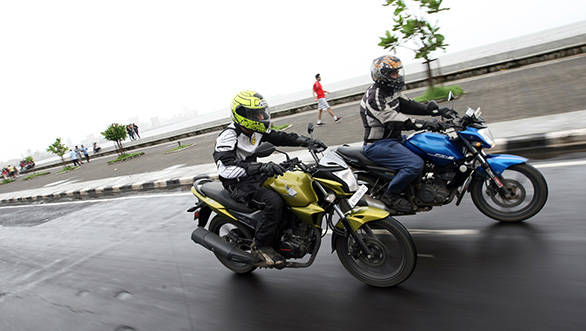 The Trigger is no slouch when it comes to changing directions either. But, after the Yamaha, it feels lesser composed come quick steering inputs. It doesn't feel as alert either. On the highway and around faster corners though, the Honda is nearly as good as the Yamaha. For the speeds they can manage both feel reassuring in a straight line. And even around bends, both tip in predictably and convey a good amount of mechanical grip to keep the rider interested and involved. But, if we had to choose between the two for a fast ride up the hills, it would be the FZ-S; it is only marginally better, but better it is. And then its brakes offer more bite and feel too.

As we see it then Honda has done a good job with the CB Trigger. It gets bits like a rear disc brake and Combined Braking System missing on the Yamaha, and all said and done, Honda must be applauded for introducing such features even in the 150cc class. But, the question is, at what price? At Rs 90,000 on road in Mumbai, it is just asking for too much for a bike in this segment, especially when the FZ-S only costs Rs 81,000. Sure, one can buy the basic Trigger for a fraction under Rs 80,000, but with FZ's better presence, better dynamics and a higher fun to ride co-efficient, it's still very difficult to choose the Honda over the Yamaha. 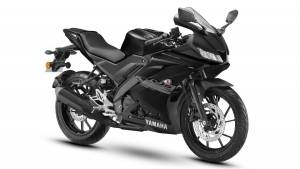