Volkswagen Motorsport India was poised to get into Indian rallying in a big way, that was a given. After months of speculation, the Indian motorsport arm of the German car maker has revealed that the first prototype of their Volkswagen Polo R2 will compete in the 2014 Indian Rally Championship. But prior to contesting a full season of rallying next year, the Polo R2 will be tested at the K1000 rally in Bangalore on the 9th and 10th of November, followed by the Chikmagalur Rally in December this year. Piloting the car at these two rallies will be Karamjit Singh, former PWRC champion, who has been competing in the Group N Polo in the IRC category this year. Singh's inputs are considered invaluable towards the development of the new Polo R2, a more powerful spec car for next year. 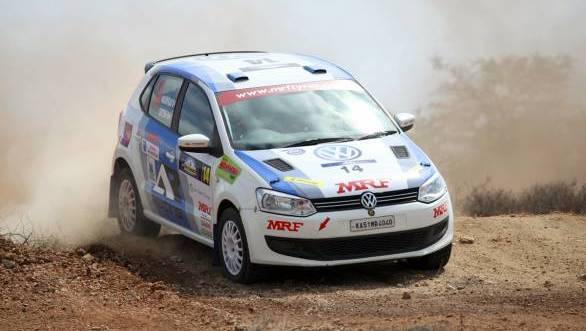 As far as technical specifications go, the Polo R2 will come powered by a 1.6-litre MPI engine that produces over 130 PS of power. The car comes with a 5-speed manual transmission. The car will also feature Reiger Suspension, uprated Alcon brakes (285mm front disc and 255mm rear disc), while bodywork modifications include an aerodynamic body kit, rear spoiler, roof vent and stripped interiors. Of course, the car will come with an FIA-spec roll-cage and fire extinguisher, while the OMP rall seats will have six-point harnesses for the driver and navigator. Continuing their association with JK Tyre, the car will come with 15-inch alloy wheels shod with JK Rally tyres.

Prithviraj Siddappa, Head of Volkswagen Motorsport India, said "The first running in of the car has been done and the feedback has been good so far. Karamjit Singh has been driving the Group N Polo this season for which we have been providing technical and spares support at the rally stages. He will now move up to the R2 which is a more powerful car. His inputs are crucial for us in developing the car further and we hope to see some positive steps after the K1000 Rally."

Mahesh Kodumudi, President and Managing Director, Volkswagen India Private Limited, commented "The Volkswagen Polo is a perfect example of German engineering. And when the engineering is right, it is always possible to extract more out of the car. Pushing the performance of the car to the limits and putting it through extreme driving will only bring out the Polo's real potential. I believe that the Polo R2 is our next step in showcasing the capabilities of the car."

2021 Volkswagen Tiguan facelift to launch in... 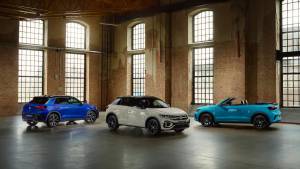