Tata Communications and the F1 connect

If you compare Formula 1 to anatomy  the FIA is the brains, the FOM is the heart, the drivers are the face, the automobile manufacturers are the limbs, and communication between these is critical. You need a nervous system which was satellite communications up until recent years, which transferred huge amounts of data between each of the 20 circuits on the calendar, and the FOM and team headquarters. Satellite communications, of course, has its drawbacks  it is an expensive means and it suffers from a lag which in today's time is the difference between the first car and the 22nd car on the grid. 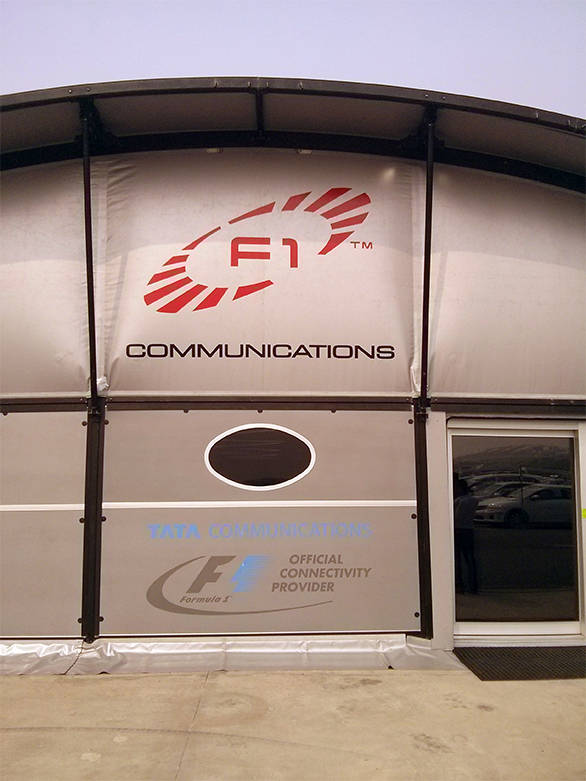 Formula One is the world's most technologically advanced sport and never settles for something that's not the best. The change in the nervous system was brought about by Tata Communications last year when it partnered with Formula One to prove its MPLS technology. Tata has the world's largest network of undersea cables and by using optical fibre technology and fixed line connectivity, not only has the quality of the communications improved significantly, it has proved to be a cost effective means as well. In fact, FOM has integrated Tata Communications into the Technical centre and both entourages travel and work together for each race. It ensures that FOM doesn't have to carry tonnes and tonnes of equipment at each location.

We were lucky enough to be given a tour of the extremely-confidential FOM Technical Centre during the Friday practice by non-other than FOM's Chief Technical Officer John Morrison. John is the guy who listens in to each and every radio message between the teams and the drivers, no matter how much 'code language' is used. John's team is responsible for the telecast of Formula 1 races irrespective of the channel it is aired on. The channels only add the commentary.

In an informal discussion involving personal lives of F1 personnel (or the lack of it), the love for India, and controversies surrounding the sport, he divulged some interesting theories: "Several teams started to use radio receivers to listen in to other team discussions, and with the 2014 technology changes, privacy will be even more critical. The teams are trying to protect privacy as much as they can, but it is our jobs to get our viewers every bit of information we can. In the past, teams refused to share RPM counts of the engines, so we used the sound of the engine from the on-board cameras and used an algorithm to gauge the revs. Even right now, teams refused to give us tyre temperature information so we put on board thermal cameras." Well, Bernie does always get what he wants.

And it's not just the Formula One Management, Tata Communications has also partnered with teams like Mercedes AMG Petronas, providing them with the means to send telemetry data back to their headquarters. It gives Mercedes the flexibility for engineers and strategists to sit at the headquarters, process information and send it back in a matter of milliseconds, as opposed to travel to each venue with all the hardware. Or as Ross Brawn, Team Principal of Mercedes recalls, "Back in the day, we used to gather data from our cars and manually carry all the information in our hands back to the headquarters. These days though we have fantastic technologies available  we have over 150 sensors on the cars, and hundreds of channels of information connected in both directions. What Tata brings to the teams is speed. This information is transmitted three times faster, and you can imagine how valuable that is today. I can't think of what we'd do without it."

Not having completely satisfied our curiosity, we caught up with Mehul Kapadia, the Managing Director of the Formula 1 business of Tata Communications. His insight was imperative: "Our role is to provide the same high quality IT connectivity at each of the 20 venues. In less than a quarter of a second, we are able to take data from the race track to the factory and back, through our fibre optics network is complete security which is a very critical aspect of data transfer. It traditionally takes around 30 days to install, test, run and then dismantle a big MPLS circuit. FOM relies on us to compress time scales, set-up and derig entire installations within 3 days. As we speak and as the Indian Grand Prix is under way, a second team is already in Abu Dhabi getting ready for the race next week. Next year we also travel with Formula 1 to markets like Mexico where our presence is scarce, so the deal also introduces each other to new markets."

Tata Communications also provides a CDN solution for the official Formula One website which allows 67 million users worldwide fast interactive access to the world of Formula One. So the next time you watch Formula One on television or visit their website, bear in mind the technology, processes and intelligence that goes behind the smooth running and seamless coverage has a significant contribution from a certain Tatas.