1,000 Harley-Davidson owners ride to Jodhpur for sixth edition of NHR 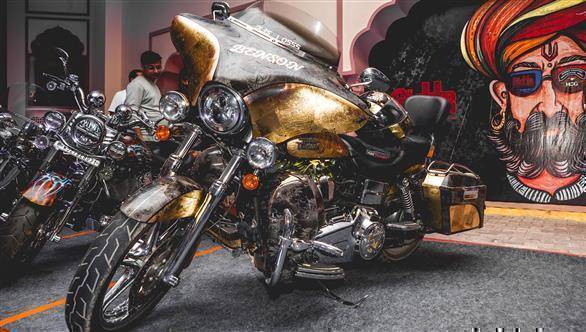 The custom motorcycle contest was the highlight of the NHR, wherein H.O.G. Vinay Agarwal from the Dunes Chapter won.

The evenings at the NHR were host to various indie bands as well as DJs including the Barmer Boys, who presented a contemporary approach to Rajasthani Gypsy and Sufi music, matched to some beat-boxing. Other bands that performed were Delhi-based Tanya Nambiar Collective and The CopyCats with retro rock n' roll sets that resonate well with the riding lifestyle. DJ Sid Morrison, a well-known name on the Indian music circuit performed a set, curated for the riders from different parts of the country. DJ TechPanda and other performers were also part of the lineup.