Intercity road travel time of "Oxygen Tankers" can be shortened, with help from the Indian motorsport fraternity

As I write this, I can hear the siren of an ambulance. It's a sound one now hears constantly, because of the "Curse of Covid".Our doctors and other Corona warriors are fighting against all odds, and hats off to them. 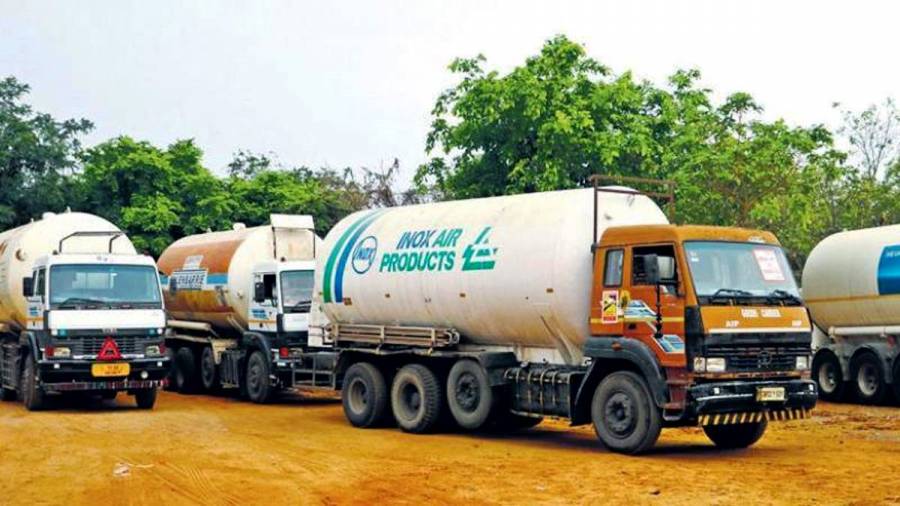 The need of the hour is to shorten the intercity road travel time of oxygen tanker trucks. Image source New Indian Express.

But our politicians and bureaucrats have failed. They have failed to plan and failed to act, and therefore we are now facing this massive shortage of oxygen and also hospital beds, medicines, vaccines, and so on.  One of the challenges is quickly transporting oxygen from the manufacturing plants to the hospital. This is usually done by road with cryogenic oxygen tanker trucks, or trucks carrying oxygen cylinders, but as it's presently taking too long, the Indian Railways has begun operating "Oxygen Express" trains. These carry tankers on open wagons to and fro from the O2 plants to the cities where oxygen is needed. They have also made green corridors to ensure the train has minimum stops en route. While this is a good step, it has its limitations. The stations need to have ramps for the tanker trucks to drive on and off the open wagons and there is also the crucial question of dimensions of the tanker trucks. If they are too tall or wide, then the "Oxygen Express" will have difficulties going through tunnels and under platform canopies, road over bridges and other such overhead equipment. Due to all this, the "Oxygen Express" trains can only move on certain routes. 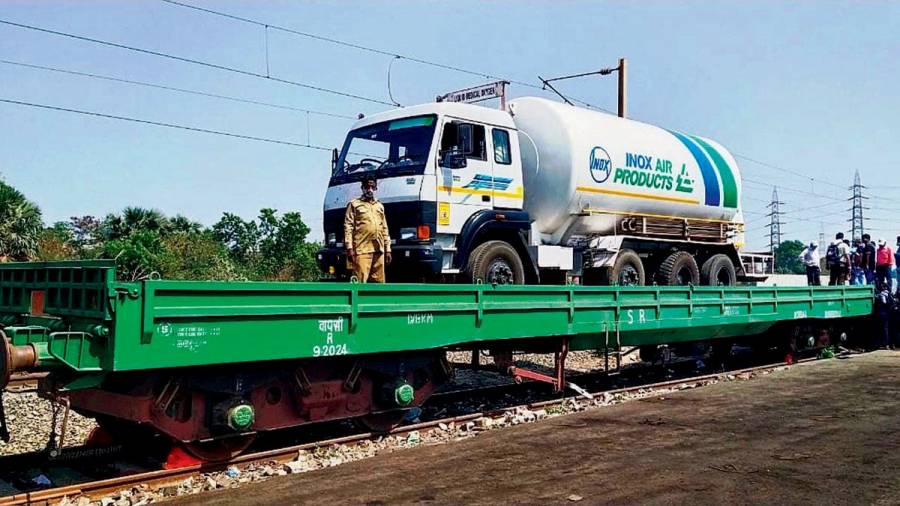 The Indian Air Force (IAF) is also using its massive C-17 transport aircraft to airlift empty cryogenic oxygen tanker trucks to airports close to the O2 generating plants. But the limitation is that they once they are filled with the highly combustible and explosive liquid oxygen, they cannot be flown back due to safety protocols and have to travel by road. 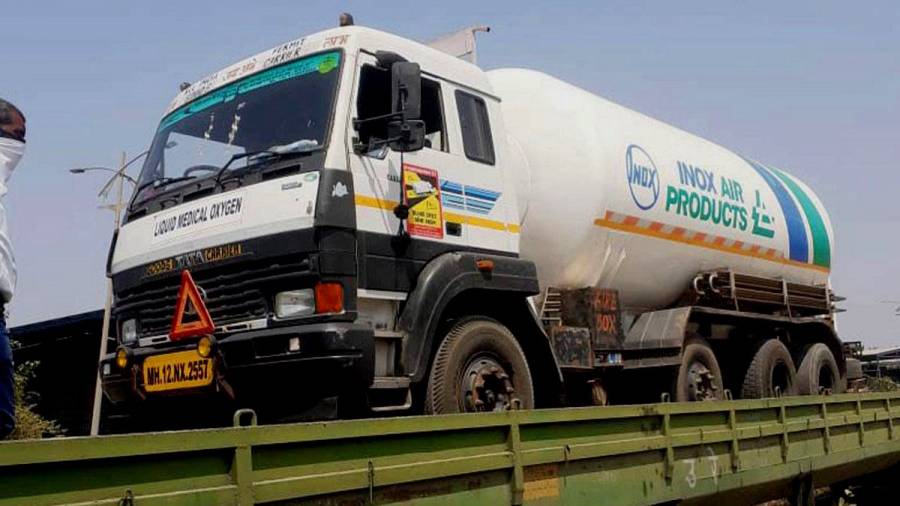 But the width and height of these trucks is important as the train should be able to go through tunnels and under road bridges. Image source Mid-Day.

Given this, it's extremely important is to make the road travel of O2 trucks faster and smoother and I think our motorsport fraternity can assist with this. Let me explain. We have very experienced rally and race organizers who have the skills to map routes and monitor vehicle movement, as is done continuously in our rallies. Trained time control marshals and other officials keep track of what is happening in the rally stages, on an almost minute to minute basis. They know when to close a stage to traffic and the support crews know how and where to give service and provide speedy pit stops. All the required expertise for logistic planning is available and if this is combined with the knowledge of auto industry supply chain managers who keep huge manufacturing plants supplied daily with thousands of parts from hundreds of vendors, we could really speedup the movement of oxygen carrying trucks. 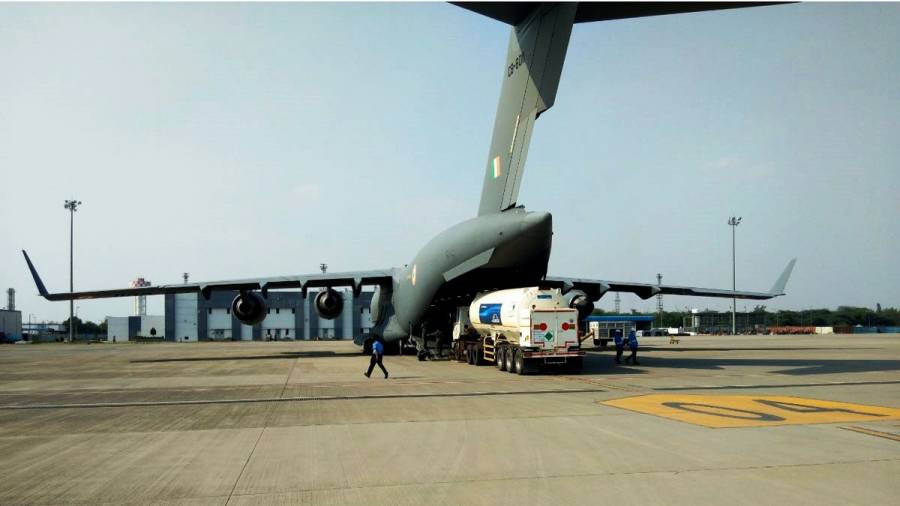 The Indian Air Force has also been carrying empty oxygen trucks in its C-17 aircraft's to airports near the O2 generating plants. Image source IAF.

Let's say oxygen is to be brought from a plant in Jamnagar to Mumbai. First the O2 truck will be fitted with a GPS tracker and a bright flasher light and siren, like the ones you have on ambulances to warn other road users to move out of the way. Cell phones with chargers would be given to the driver and his helper to stay in regular touch with the "Oxygen Race Control Room". The moment the truck starts moving; the team sitting in the "Control Room" shall begin tracking its location via live GPS feeds. A police vehicle will escort it out of the city and once the oxygen truck is on the highway, the "Control Room" team will keep giving advance warning to the cops posted strategically en route to keep the road clear and block road junctions to enable the oxygen truck to breeze through. This is done for the movement of our political VIP's, so why can't we make a green road corridor for oxygen trucks. 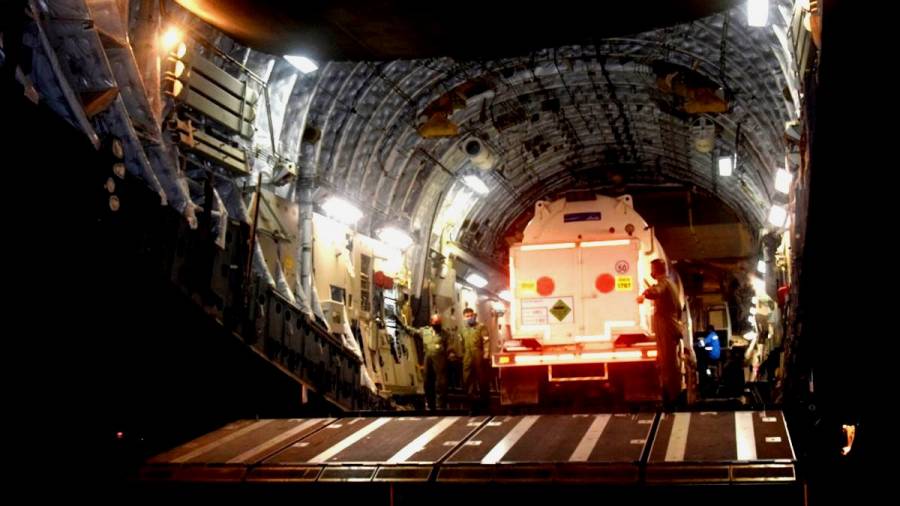 But the IAF planes cannot bring back the trucks filled with combustible liquid oxygen, due to safety protocols. Image source IAF.

Now let's look at the pit stops. Jamanagar to Limbdi is around 200 kms and at a conveniently located, pre-selected fuel station, the "Oxygen Race Support Team" will be waiting at a specially designated area. The moment the oxygen truck arrives it will be refueled, followed by quick checks of the tyres, lubricants, coolant and mechanicals, with greasing and tightening where necessary. The windscreen and lights shall be cleaned, and then a fresh crew of driver and helper (with enough stock of water and refreshments), will take over and move. All through this the stop watch shall be ticking for a splash and dash kind of pit stop, with a maximum time limit of 5 minutes. 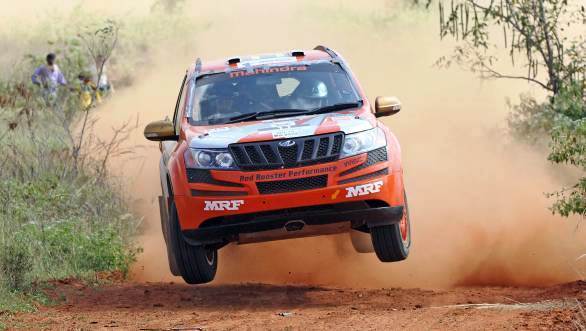 Our rally organisers have the expertise to map routes and accurately monitor the movement of vehicles.

The next pit stop would be at Vadodara, some 175 kms later and the same procedure would be followed with crew number 3 taking over. After this there would be pit stops at Navsari (approx 175 kms) and the final one at Vasai about 200 kms from Navsari and 50 kms before Mumbai. Here the crew number 5 taking over, will consist of a driver and helper who know the streets of Mumbai and are familiar with the procedures of unloading the oxygen. Once the oxygen truck is empty, the crew will instantly return to Vasai and hand it over to crew number 4 for the reverse relay to Jamnagar, with similiar pit stops, procedures, and crew changes. 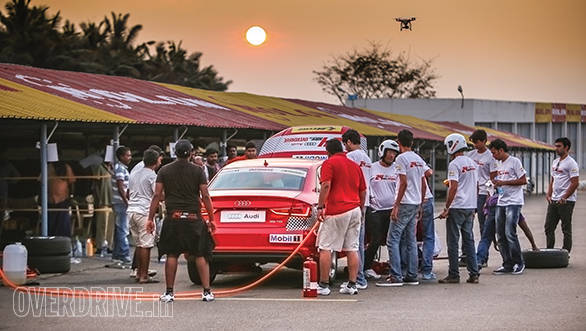 Our motorsport fraternity can run an "Oxygen Race" complete with splash and dash pit stops for the O2 trucks.

As for drivers, for several years we held the Tata Motors Prima T1 Truck Racing Championship and our race organizers know all the best truck drivers who can be trained to drive the O2 tanker trucks, in a fast but safe manner. 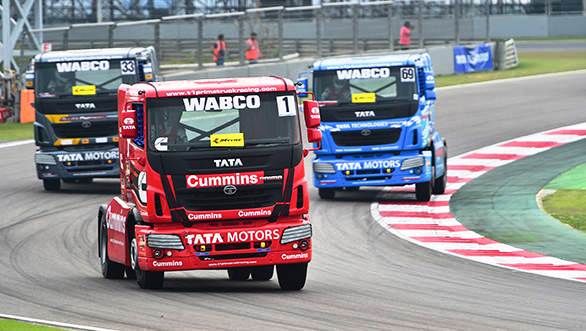 We have even held the Tata Motors Truck Racing Championship, and our race organisers know all the best drivers who can be trained to drive the O2 trucks.

I am confident if some of us from the motorsport fraternity were given the authority to run this "Oxygen Race" and oversee the full functioning of such green road corridors, we could substantially reduce the commute time of trucks carrying life giving oxygen. But, I doubt if anything like this will happen, because I am told our government and administration believe they know best. Despite their continuous failures on various fronts, especially in fighting this deadly pandemic, they are not known to seek or act on the advice of experts and they are even more reluctant to hand over power and authority. It's actually a shame that notwithstanding our claims of being the next superpower, we cannot even give oxygen and basic medical care to our people. The "Sab Chalta Hai" or "It's All Alright" attitude, gross mismanagement and continuous failures and cover-ups, are truly heart-breaking and makes me grieve for my nation and the suffering of my fellow citizens. 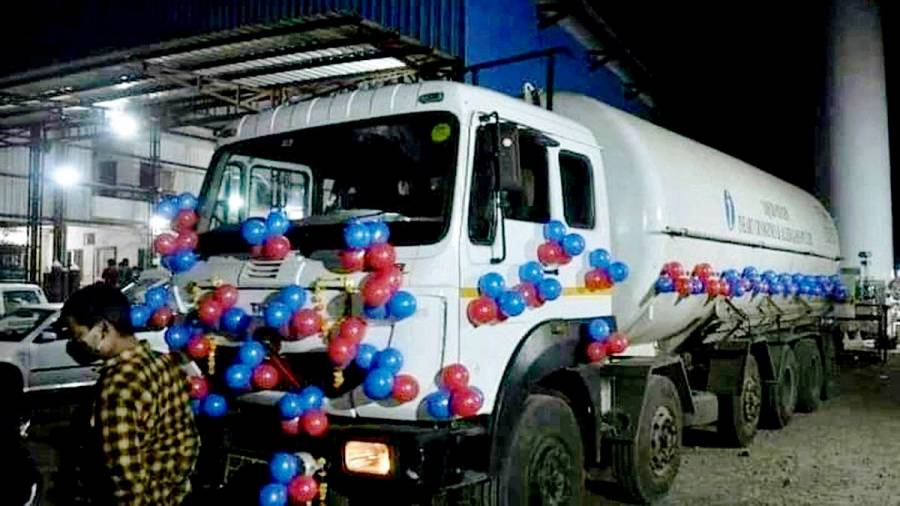 Some shameless politicians have been stopping and decorating O2 tankers to take photos, without caring about the delay they are causing. Image source Mid-Day.

Oxygen delivery mismanagement has cost many lives. Could this have been avoided?