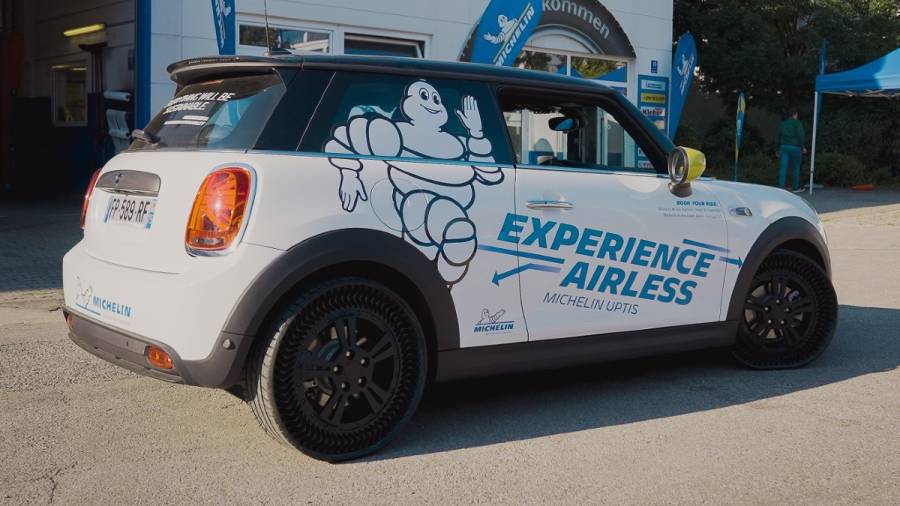 Michelin's Vision Concept aims to create tyres that are airless, rechargeable, networked, and long-lasting. The Unique Punctureproof TIre System (UPTIS) is an airless tyre that does not require air and never gets punctured due to its unique design.

Globally, more than three billion tyres are produced each year. Tyres that have outlived their usefulness generally, have the potential to catch fire and emit poisonous gases into the environment. Tyres may be constructed out of naturally existing material, much as other manmade items, to make them more environmentally friendly. The second goal is to cut down on occurrences that cause tyre wear and damage, rendering them unusable.

Michelin is employing both of these strategies to make its tyres more environmentally friendly in the future.

UPTIS blends an aluminium wheel with a flexible load-bearing frame composed of glass fibre reinforced plastic, according to its Concept note (GFRP). Michelin believes that by using this design, it will be able to maintain the performance of traditional Michelin tyres.

Michelin recently debuted the UPTIS in public for the first time, inviting a select group of individuals to take a test drive. These tyres will initially incorporate recovered plastic trash, but the firm plans to replace all of the tyre components with organic or recyclable materials over time.

CEAT Tyres extends warranty on all tyres by three months

Michelin tyres to get expensive by 8 percent...

Michelin ties up with Enviro for tyre rubber...
Advertisement