Dealers, prominent transporters from across India and 38 winners from different walks of the transport industry were attendees at these awards. Overall, 15 fleet owners emerged as winners and there was even a ceremony wherein the highway dhabas were felicitated. Abdul Ghani, a fleet driver won a new Mahindra Navistar MN25 truck while Nitesh Agrawal of DARCL won the youth transport personality award. There were a total of five categories in the first edition which included fleet owners, fleet drivers, youth transport personality, highway dhabas, not-for-profit entities and commercial vehicle financiers.

Nalin Mehta, managing director of Mahindra Navistar said, "We at Mahindra Navistar wished to recognize the very valuable contribution that various stakeholders in the transport ecosystem make to turn the wheels of economy. Be it the transporters, the drivers, the dhaba owners, financiers or the not-for-profit organizations â" they all have been the unsung heroes in the success story of the Indian economy and the contribution of the transport sector towards it. Going forward, we will continue and further strengthen the first step that we have taken in celebrating excellence in transport industry which will surely have a multiplier effect and will cross pollinate success stories." 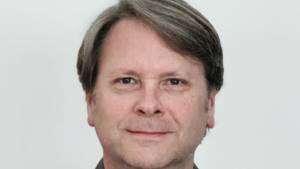