It is already known that Aston Martin runs a personalisation department under the Q by Aston Martin name. While the exotic offerings from the Brit car maker are special in their stock form, the Q division makes sure they made tailor made customisations to suit the individual requirements.  The DBS 59 has been commissioned by Aston Martin Cambridge where the special edition will honour the company's 1-2 finish in the DBR1 at the 24 Hours of Le Mans. The reason for making 24 units of this special edition is to represent each hour of the Aston Martin's victory. The race cars were driven by Roy Salvadori and Caroll Shelby, ahead of the sister car driven by Maurice Trintignant and Paul Frére. 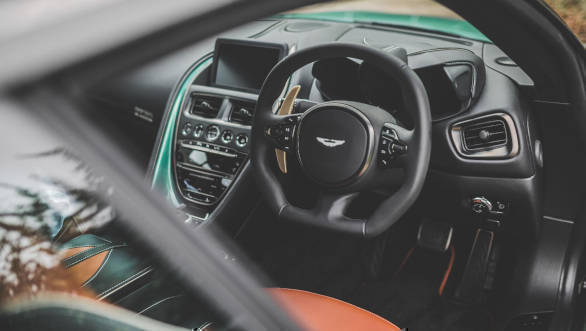 The Aston Martin DBS 50 comes draped in Aston Martin Racing Green, much inspired by the paint scheme of the DBR1. It also gets floss finish carbon fibre on the roof panel. Additionally, it comes with Superleggera badging on the bonnet, bespoke front grille, brake callipers and 21-inch forged Y-spoke satin duotone wheels. The bronze treated switches and dials are a tribute to the Le Mans winner. Further detailing includes, individually numbered roundel painted on the fender, and the bespoke tyre wall arrow decal. The cabin too is equipped with the same amount of detailing. It gets that same weave with each seat back and door insert trimmed in heritage style material, bronze shift paddles and a bespoke '59 Edition' logo embroidered on the seatback and Obsidian Black and Chestnut Tan leather upholstery. One can also opt for accessories such as the replica heritage racing helmet, 1959 blue race suits and replicas of Carroll Shelby's race gloves. 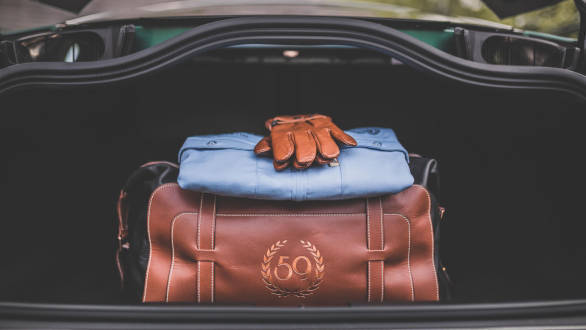 The Aston Martin DBS Superleggera was launched in 2018 and is powered by a 5.2-litre V12 engine. As claimed by the company, the DBS Superleggera can reach a top-speed of 340kmph making it the fastest Aston Martin series production car. This special edition DBS 59 joins the ranks of  Red Arrows Edition Vanquish S, the Cygnet V8 and the North Coast 500 series of six DB11 GTs, all created by the Q division of Aston Martin. 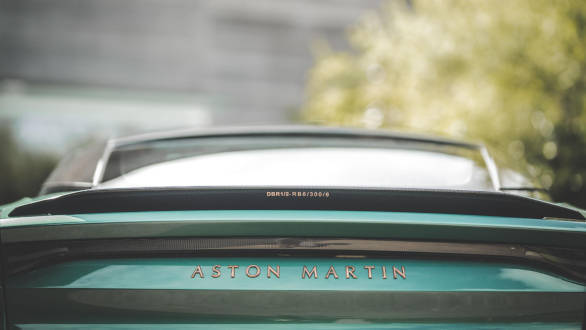