This is the first of images of the all-new Suzuki Swift which will debut next year at one of the international motorshows. Leaked online by a Facebook group, the sole image is grainy but gives sufficient details of the highly anticipated hatchback. For example, the clamshell bonnet from the outgoing car continues and so does the small fog lamps. The grille looks like it is inspired from the Elite i20.

This, however, looks like a mid-spec trim as there were a couple of spy shots showing the Swift having projector headlamps. However, this one gets DRLs, and the earlier spy shots suggest that even the base variants get them as well as LED tail lamps. The fog lamp recesses look aerodynamically finished, and the car also has a sportier lower front lip. However, the windscreen and the basic silhouette scream of the older car's design influences. The rear door handles are still mounted on the C-pillar, a la KUV100 and Beat style. The alloy wheels look similar to the ones on the current Swift but look diamond cut in the new car.

While this might look like a facelifted version, it isn't. It is, in fact, based on the new Baleno's platform and is expected to be even lighter than before. While the Baleno was exclusively made in India and exported to around 100 countries, the Swift will be made in different parts of the world from the onset.

While initial impressions suggested that the Swift will be almost as big as the Baleno, this spy picture confirms that it may have grown marginally but will stay below the Baleno. While clearer interior images aren't available yet, expect the new Suzuki Swift to have a slightly more roomier cabin. The instrument cluster itself has been revised and may even have the different palettes-like screens similar to the Baleno. A touchscreen system will replace the old 2-DIN unit and will also host Apple CarPlay as well as Android Auto. 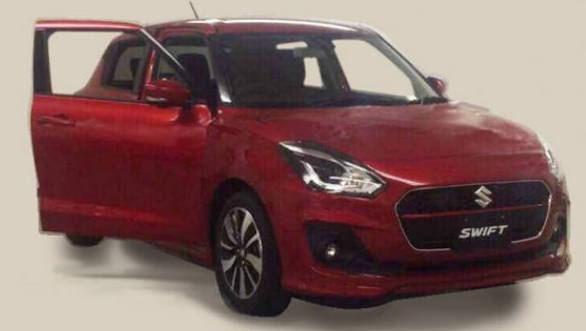 Engine options may remain similar to the outgoing car but most likely with respect to only the capacity. The petrol engine will be a SHVS-equipped Dualjet unit which will make 90PS. The diesel in the meanwhile could be the 90PS SHVS engine from the Baleno, but Maruti could also continue offering the 75PS motor. A sportier 110PS turbo-petrol motor is also expected to be available at a later stage.

The Maruti Suzuki Swift has been a hot-selling car for the manufacturer right from the onset. Sales, however, over the years have gone down. Though this new Maruti Suzuki Swift is expected to be another blockbuster for the Indian company. Spy shots of the new Swift-based Dzire sedan have also been spotted in India. It is likely that the Swift as well as the Dzire should make their way to showrooms in India around Diwali 2017. 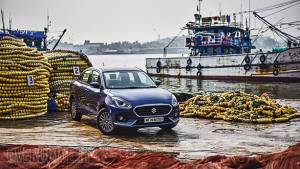 The five bestselling cars of FY18-19 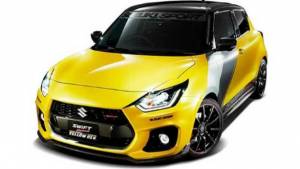 The OVERDRIVE car reviews you read the most...
Advertisement