Confirmation of Kia's Plan S being put into motion comes a few days after the rebranding was announced, along with the change in logo and adoption of a new brand purpose 'Movement that inspires'. The company has also confirmed a change in its corporate name from Kia Motors to simply Kia, signifying a broader shift towards EVs, eco-friendly mobility solutions, including autonomous vehicles, and other purpose-built vehicles for corporate customers. To that end, Kia has seven new EVs planned for launch by 2027, the first of which will launch this year. The Korean brand's first dedicated battery electric vehicle, a crossover-SUV based on the Imagine by Kia concept, and codenamed CV, will be revealed in its production form soon, and preview the company's new design direction and the look of Kia vehicles to come, with a full reinterpretation of Kia's signature tiger nose grille. The new BEV will ride on the Hyundai Motor Group's bespoke E-GMP (Electric-Global Modular Platform) electric car platform for the next generation of EVs from the group, which promise over 500km driving distance on a single charge, and high-speed charging capable of an up to 80 per cent charge in 18 minutes, and either 400V/800V architectures depending on the need. It's also reported that high-performance models based on the E-GMP will be capable of 0-100kmph in less than 3 seconds. 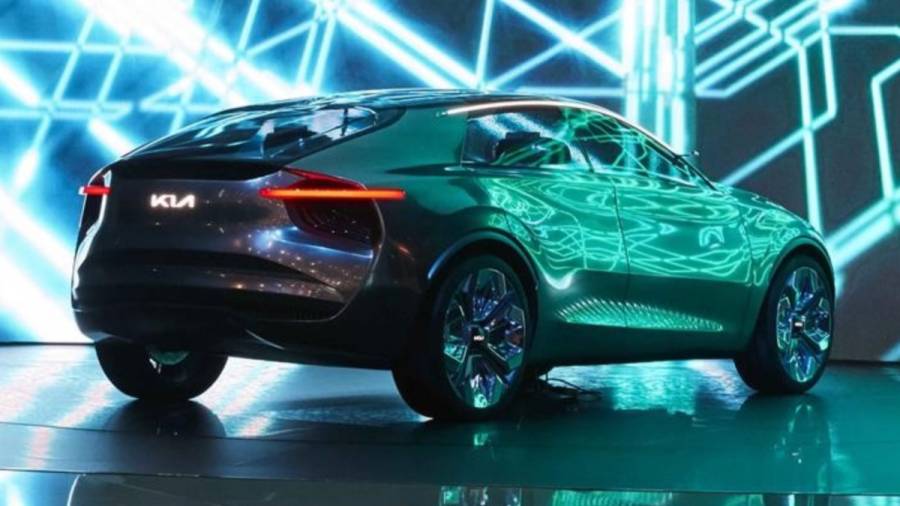