As we reported earlier, Kia is rebranding itself in the new year, with a new logo to show for it. The new logo, designed to resemble a handwritten signature, is meant to symbolise the manufacturer's brand new purpose which is yet to be officially revealed, towards becoming an icon for change and progress. The brand's new slogan has also been revealed - 'Movement that inspires'. The new logo was previewed on the Imagine by Kia all-electric concept car first seen at the Geneva auto show.

The rebranding comes ahead of the reveal of a new brand purpose and strategy later this month. The exercise comes as part of Kia's Plan S long-term business strategy, which includes the launch of 25 new EVs by 2025, an ambitious goal indeed. Under Plan S, Kia is aiming for a 6.6 per cent global EV market share, and reach 25 per cent of its total sales via eco-friendly models. Kia also plans to nurture "key developed markets" as major bases for its EVs, while offering derivative electric models with differentiated pricing and specification - pointing to greater diversity overall. The total planned investment to undertake Plan S stands at $25 billion, until the end of 2025. 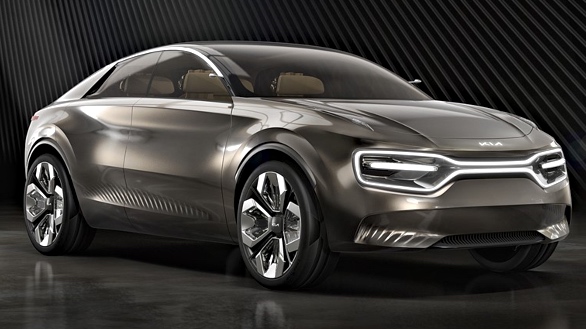 Kia India's next offering to launch by early...