Jaguar has released a teaser image of the production model of its F-Type Coupe that will make its world debut on November 19 at the Los Angeles Motor Show, following which it will make an appearance at the Tokyo Motor Show on the 20th. In all probability OVERDRIVE will be driving the F-Type coupe in the USA so expect a first drive report on the car in the next few weeks.

The F-Type roadster which was first launched at the 2012 Paris Motor Show has three engine options, two V6s and a V8. This hard-top coupe is expected to retain the engines from the soft-top. The two V6 options deliver 340PS and 380PS while the supercharged V8 engine makes 488PS. In India though, we only have the 380PS and 488PS configurations.Transmission is an 8-speed automatic. The F-Type Coupe is based on the C-X16 concept that Jaguar revealed at the 2011 Frankfurt Show. 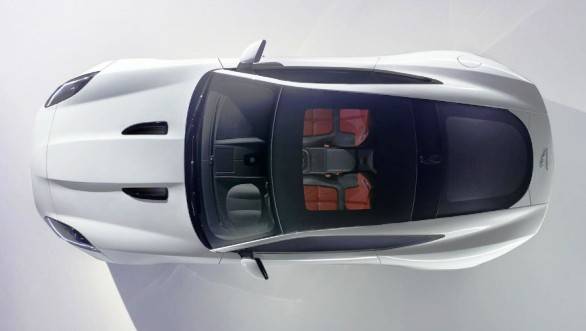 The V8 convertible can go from 0-100kmph in 4.3 seconds while reaching an electronically limited top speed of 300kmph. The all-aluminium coupe can be expected to better these benchmarks, but in addition will also have better dynamic abilities considering that the hard-top will be more rigid and offer smoother aerodynamics.

The F-Type Coupe will come to India as a CBU just like the roadster. It can be expected to hit Indian shores in early 2014. Jaguar may just unveil it at the Auto Expo 2014 and announce plans of sale. Along with the regular engines, we expect a surprise for the coupe-  an XJ-sourced 2.0-litre four cylinder petrol option.

The F-Type convertible was launched in India starting at Rs 1.37 crore. We expect the Coupe to be priced similarly, maybe starting around the 1.4-1.5 crore mark.

The F-Type coupe will take on the brilliant Porsche. Future models of the F-Type may also see an all-wheel drive version in addition to a hybrid powertrain coupled to the V6 engine as seen on the C-X16 concept.

[Our review of the F-Type roadster in India] 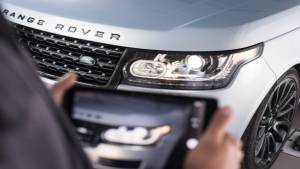