Ferrari reveals the 812 Competizione with 830PS and a 9,500rpm redline The 6.5-litre naturally aspirated V12 from the 812 Superfast has seen its power output go up to 830PS at 9,250 rpm, a 30PS increase. The torque output has dropped from 718 Nm to 692 Nm at the same 7,000 rpm. The motor has seen a raft of revisions for these improvements and to add 500 rpm to the revband. The cams and cylinder heads have been completely redesigned with the cams getting a carbon coating and a higher lift profile.

The seven-speed dual-clutch transmission is the same as the one in the 812 Superfast and is tuned to the same ratios. However, improvements have been made to reduce shift times by 5 per cent. 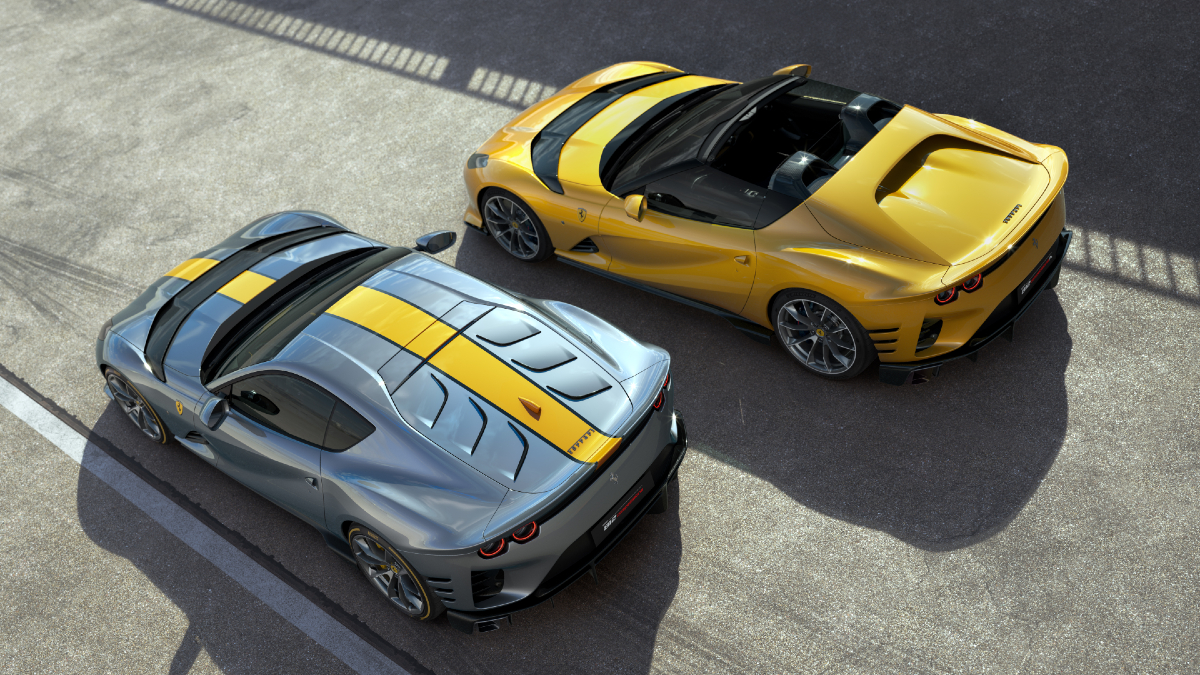 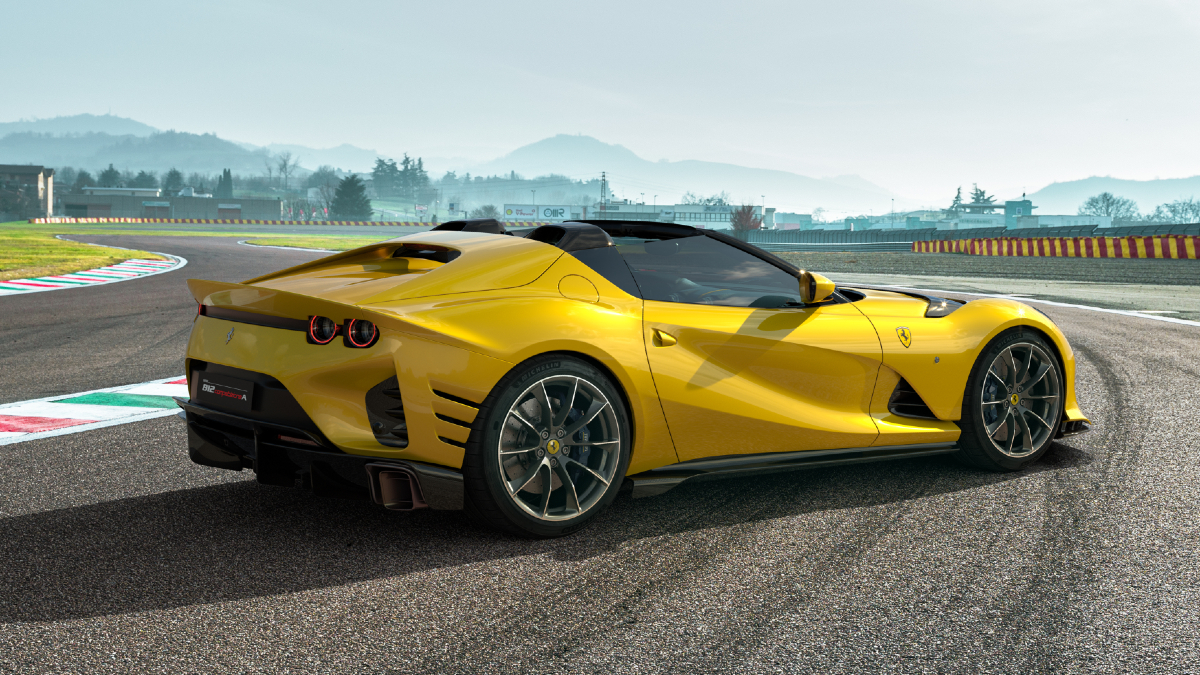 The look of the 812 Competizione is a significant departure from that of the 812 Superfast. The many aerodynamic changes bringing with it a more compact and horizontally themed look. There is now a single front air intake running the width of the chassis to improve aero efficiency while a new central blade on the bonnet helps expel hot air from the engine more cleanly over the car. In the case of the convertible, this element also deflects hot air from the cabin.

The braking system has been improved by using the new Aero callipers from the SF90 while the new smaller air intakes at the front and a new system of vents and louvres around the front and rear wheel arches. This system has led to a cleaner underbody while at the rear there is a distinctive blanked out windscreen and a much more aggressive diffuser. Combined with the new vortex generators in the underbody and on the windscreen panel, the downforce has increased substantially over the 812 Superfast. The Competizione, the rear windscreen element is replaced with a small spoiler for the same effect. 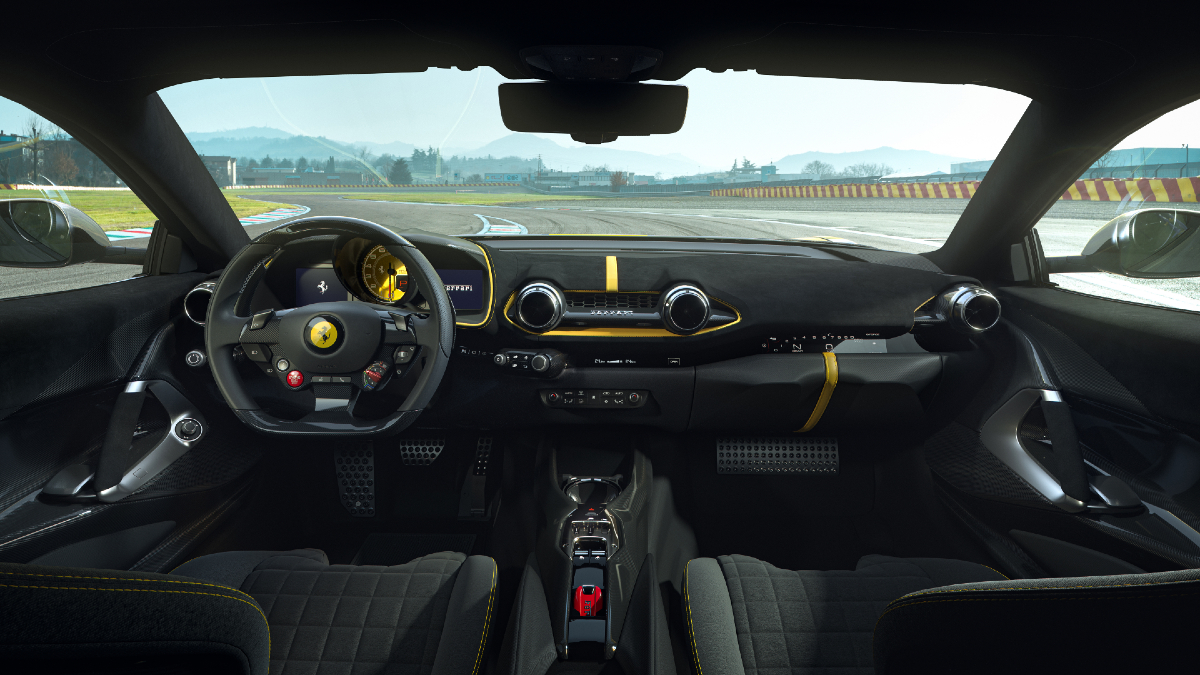 In terms of new electronics, the most notable addition to the 812 Superfast is that of the improved rear-wheel steer system. The actuators for the left and right rear wheel are now independently controlled, this allows for finer steering feel and a more controlled rear section. The Side Slip Control 7.0 system with all its aids have been revamped too while the extensive use of carbon fibre in the bodywork, new carbon wheels and the titanium engine components have shed 38 kgs of weight. The interior of the Ferrari 812 Competizione remains largely similar to the Superfast.

Prices for the Ferrari 812 Competizione start from EUR 500,000 in Italy with the Competizione coming at a EUR 78,000 premium. All units have already been sold out before deliveries begin early next year.