As if there was ever any doubt that it would be a Mercedes AMG F1 car on pole position at the Australian GP. The question all along was whether it would be Nico Rosberg or Lewis Hamilton. As things turned out, it was Lewis Hamilton who took pole position - the 32nd of his career and the 100th pole for a Mercedes-Benz powered car in F1 history. The cars that made it through to Q3 all set their laps on wet weather tyres as the rain came down just ahead of the start of the session at Melbourne. 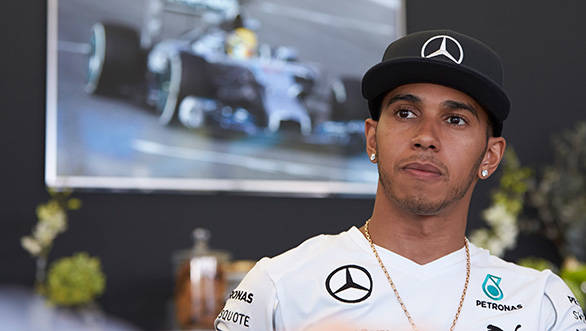 First pole of the 2014 F1 season goes to Lewis Hamilton

But the Australian fans weren't really cheering for Hamilton, were they? The man they were screaming their lungs out for was Daniel Ricciardo - Australia's home hero. In his first ever qualifying session for Red Bull Racing, Ricciardo powered through to second place on the grid, with a time of 1min 44.548secs, 0.317 seconds off Hamilton's 1min 44.231secs. Lining up third on the grid is Hamilton's Mercedes team-mate, Nico Rosberg. Of course, Rosberg will be ruing the fact that it isn't his Silver Arrow on pole, but he's declared that anything is possible and that third place on the grid isn't all bad.

Fourth on the grid is Kevin Magnussen, McLaren's young rookie, who looks like he's set to have a good first season of Formula 1. Magnussen will be particularly pleased given that team-mate and 2009 world champion Jenson Button only set a time that was good enough for 11th fastest. Button didn't make it to Q3.

Fifth spot on the grid at Melbourne went to Fernando Alonso in his Ferrari. Jean-Eric Vergne took sixth spot for Toro Rosso, Nico Hulkenberg put the first Force India in seventh and Daniil Kvyat, Felipe Massa and Valtteri Bottas rounded off the top 10.

The qualifying grid just off the top 10 is where it gets really interesting, though. P11, P12 and P13 are occupied by Jenson Button, Kimi Raikkonen and Sebastian Vettel. The four-time world champion isn't pleased to find himself sitting all the way down the order, especially given that his team-mate has managed to finish second on the grid. However, with Valterri Bottas receiving a 5-place penalty, they will move up the grid by one spot each. Adrian Sutil put the first Sauber in 14th, ahead of Kamui Kobayashi who did a stellar job of getting his Caterham to 15th on the grid. Kobayashi was followed by Sergio Perez in the second Force India, the Marussias of Max Chilton and Jules Bianchi. Esteban Gutierrez finished 19th and Marcus Ericsson 20th.

The fact that the cars that qualified 21st and 22nd are the black and gold Lotus cars indicates just how much trouble the squad really is in. Romain Grosjean and Pastor Maldonado will have a tough first race of the 2014 season.