The Trailhawk II was the third of the four concepts I drove in the Moab desert in Utah, USA, during the week-long 2013 Easter Safari in March. The luridly, wildly orange Trailhawk II is based on the Jeep Grand Cherokee with the new EcoDiesel V6 under its hood.

But what really caught my attention the most was the 3-litre V6 diesel that powers it. I got to drive it for a short while and a few things became clear. The engine makes 240PS and uses a new 8-speed automatic that promises gains in both economy and performance. 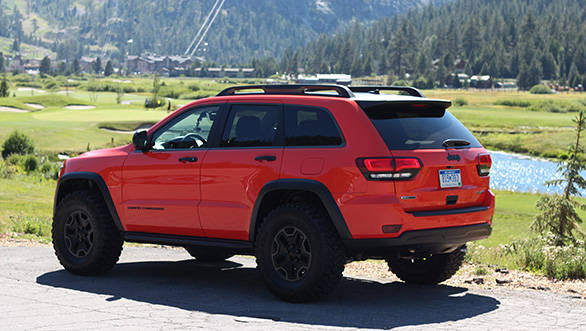 This being a Jeep, there is also a 44.1:1 crawl ratio when you opt for the two-speed transfer case. Our car had this, and a button panel called Selec-Terrain at the end of the centre console which uses a rotary knob to 'Selec' between snow, sand, mud, rock and automatic modes. You can also raise or lower the suspension if the Quadra-lift air suspension system is optioned in and, of course, press a button and you're in 4-low. The Quadra-Trac (the 4x4 system's brand name) also comes in three flavours. The basic gets a single-speed, fully automatic transfer case while the second stage adds traction control and low range. The top end adds an electronic limited slip diff. 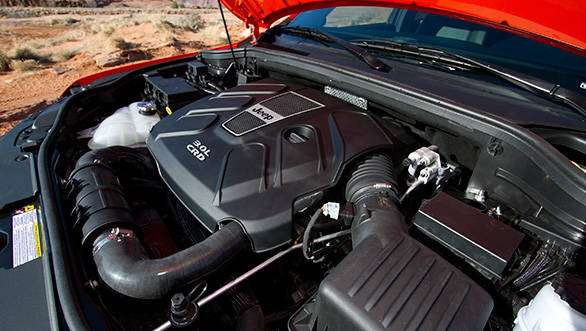 The diesel engine is very refined and silent

What was the engine like in feel? First, this is a reasonably quiet, refined diesel. Even with windows down, the engine note remained quiet and controlled. Torque output appears to be more than adequate and I suspect this will make a good highway cruiser of an engine in nature and feel. The Trailhawk II matches the SRT hood to SRT front and rear fascias modded for extra ground clearance, a blacked out front grille, a matte black roof and custom one-off roof rails. 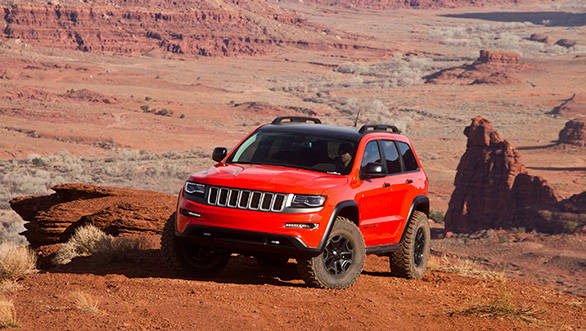 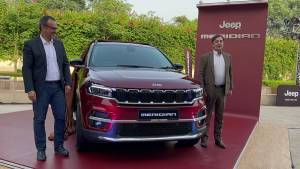 Jeep Meridian to be launched in India on May... 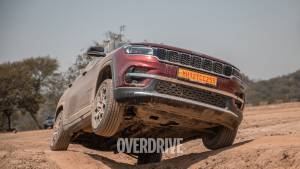