Honda seems to be on a spree to update its product portfolio to ensure all its products meet the upcoming BSVI norms. And just like most manufacturers, Honda has taken the opportunity to give its scooters and motorcycles a midlife update as well. Effectively, the Honda CB Shine SP 125 has been updated as well, though the bike has been renamed and is now simply called the Honda SP125. That said, the SP125 gets a bunch of new features now, some of which are new to the segment. Of course, the big news though is that the motorcycles is powered by a BSVI-compliant engine. 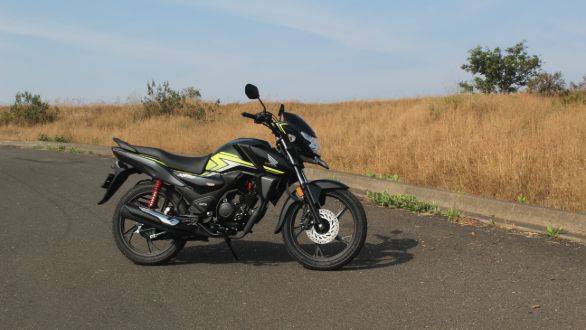 Introduction
The SP125 gets a fuel-injected 125cc, air-cooled engine that puts out 10.8PS at 6,500rpm and 10.9Nm of torque at 6,000rpm. The specs may seem similar to the erstwhile Shine SP 125, but the engine has undergone significant changes to meet the new norms and sports an electronic fuel injector now. A newly developed cooling jet has been added as well, which sprays engine oil onto the cylinder sleeve and piston. 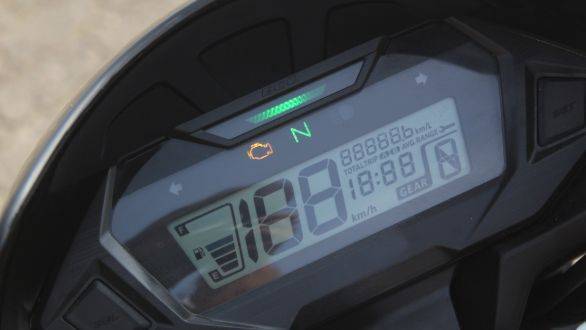 Given that the motorcycle is essentially a commuter that will ply in bumper-to-bumper traffic primarily and also only uses air-cooling for heat management, the cooling jet is a thoughtful addition. Updates to the engine aside, the SP125 has now been equipped with an all-new digital instrument cluster. The digital instrument cluster displays the speed and has a gear position indicator. The fuel-tank range readout in the instrumentation is the newest addition. 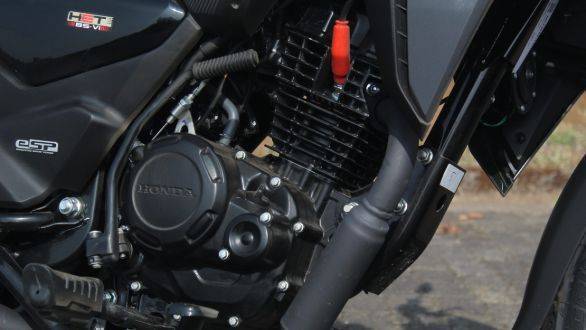 Honda has also reworked the starter switch and has made the switchgear more compact by blending in the starter and engine-kill switch together. What's also new is a starter motor that eliminates the gear meshing noise while cranking the engine - which is a similar technology as we saw on the BSVI Honda Activa. 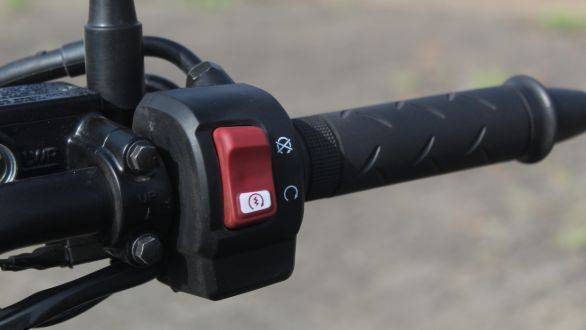 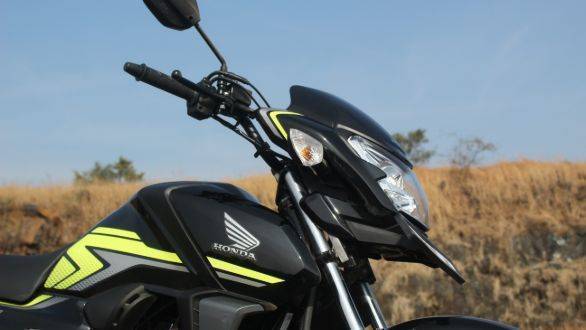 Style and Build
Honda has given the SP125 mild styling tweaks, besides equipping it with an all-LED headlight, a first for the 125cc segment. The fairing design is sharper than before now and also gets decals, to add to its fresher appearance. The fuel tank also gets extensions now, along with a fresh set of decals to the same effect. Fit-finish levels are impressive, as you expect on a Honda and the SP125 easily boasts the best build quality in its segment. Switches and levers offer a very tactile feel and paint finish is impressive too. 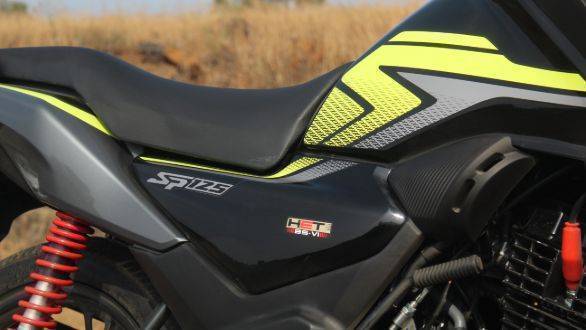 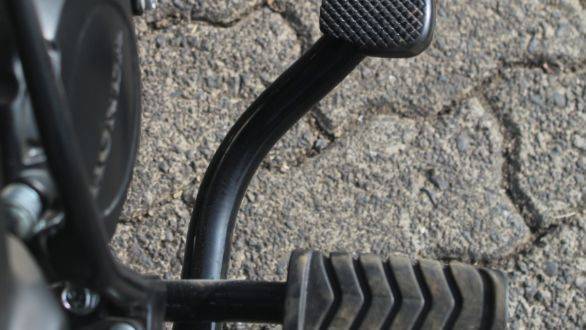 All the panels and cycle parts mesh together very well and the Honda SP 125 easily has the better-built quality in the segment. In fact, every time I went fast over a pothole or rut, the only bit that was shaken was my spine, as the ride quality is firmer than I would like on a 125cc executive commuter. More on that later though. 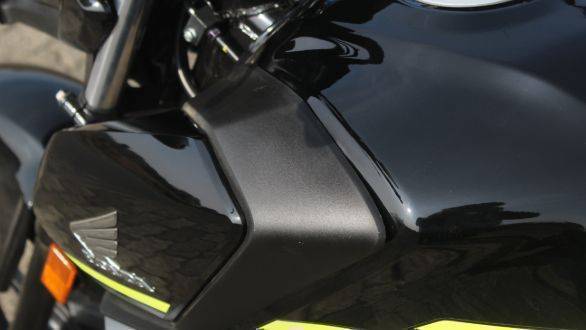 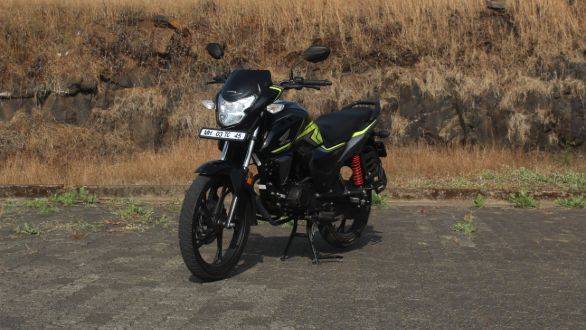 Performance and Rideability
The new engine is refined and bottom-end performance is smooth and very linear. That said, the SP125 impresses the most with its midrange grunt, courtesy the linear power delivery and well-spaced gear ratios both. Expectedly, performance tapers off at the top and the bike ran out of breath just after 90kmph on the speedometer. And that is not a complaint, because the SP125 isn't intended to be a performance machine. 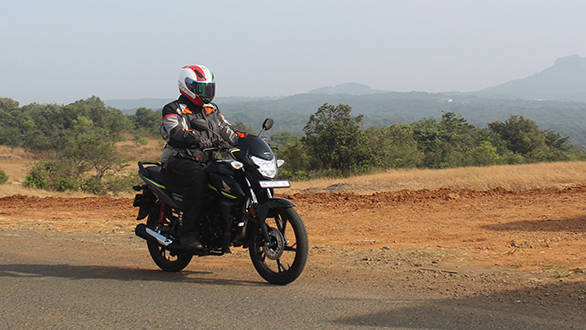 In fact, engine is so smooth that it didn't knock even when I came almost to a halt in second gear. And did I mention how silky smooth the gearbox is? The clutch lever is extremely light while gear changes are buttery yet precise, which adds to the joy of changing gears. The ride quality could certainly be more pliant though. The SP125 is sprung rather stiffly for a commuter, something that can be felt on broken roads and I feel a softer suspension setup should help, without compromising the handling a lot. 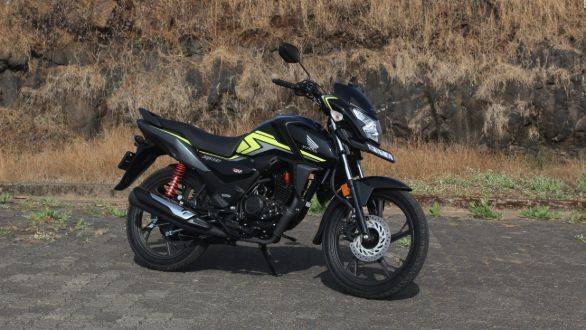 Handling and Braking
Here's the slightly disappointing bit about what essentially is a good motorcycle otherwise. The handling is just functional and it is down to the tyre size. Honda has shod the SP125 with 80/100 R18 tyres at both ends, clearly in the interest of fuel efficiency and the compromise is very noticeable on the handling. 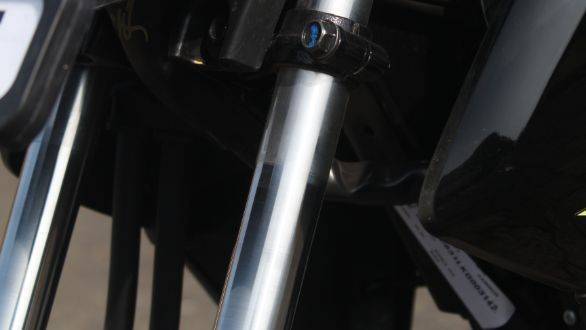 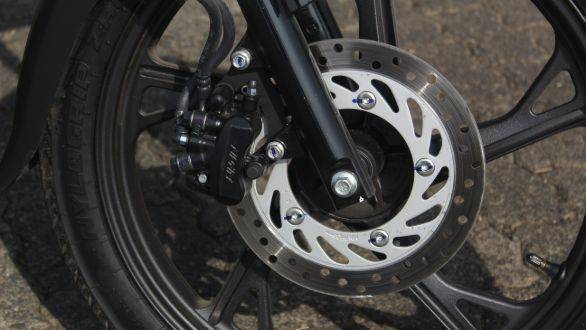 On broken roads the front wheel deflects from its line of direction rather easily and slightly wider rubber at both ends should contribute to making the SP125 a lot more stable and more confident too. Braking prowess though is adequate, as the SP125 uses a 240mm disc at the front and a 130mm drum at the rear, linked together by CBS and there's enough stopping power at all times. 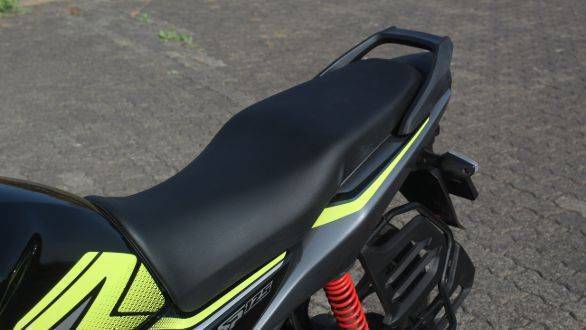 First Impressions
Pricing for the Honda SP125 begins from Rs 72,000 ex-showroom New Delhi for the drum brake equipped version. The top-spec disc brake equipped variant you see here retails at Rs 77,100 ex-showroom Delhi, which is pricey for a 125cc commuter. Of course, the SP125 is the only motorcycle in its segment to get BSVI updates currently, which itself is an expense, but despite that, the asking price is on the higher side. More so when compared to its current direct rival, the BSIV-compliant Bajaj Pulsar 125. 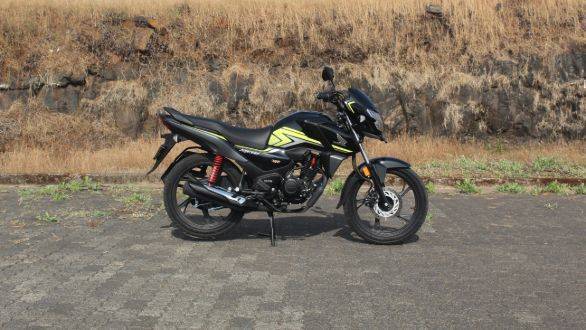 Of course, the SP125 gets new features like a fully-digital instrument cluster and a full-LED headlight, while also boasting a better build quality and more premium fit-finish levels. So it remains to be seen what the price of the BSVI-compliant Pulsar 125 will be like. Pricing aside, the SP125 is certainly a motorcycle to consider in the 125cc segment in our books though, especially since sales numbers usually talk a lot. And the Honda Shine 125 has been the best-selling 125 for a long time now. 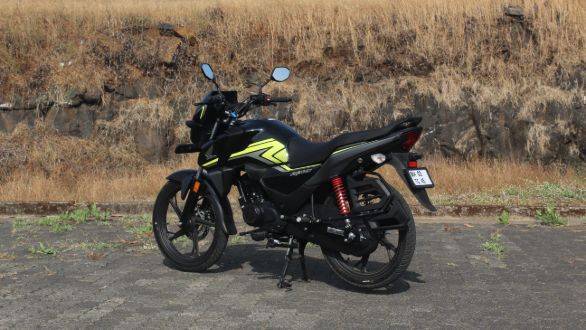