It was a pleasantly harsh day, weather-wise, in Pune when we set out to test the Pulsar N160  perfect for testing the ABS systems and the wading depth on your motorcycle if you don't mind getting your pants a little wet. Not ideal conditions, but it had to be done. Anyway, as you may already know, this is not Bajaj's first foray into the sporty 160cc motorcycle segment, currently in the market you can take your pick from the Pulsar 150, the Pulsar NS160 and now this one the N160 which launched in the recent past. Now we're out here to see what makes this motorcycle so unique if in fact it is so. So let's get to it. 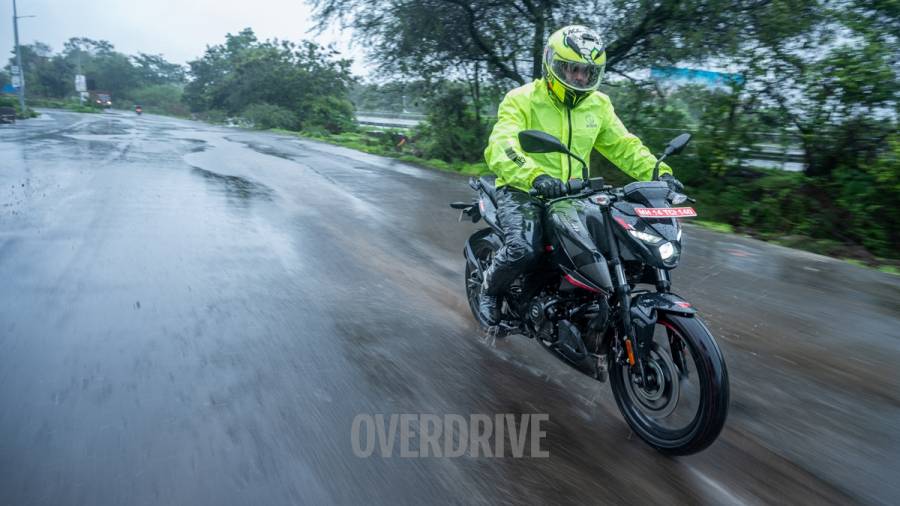 On the looks-front, there's nothing all that new to see over here. That's because this motorcycle is a splitting image of Bajaj's quarter-litre motorcycle, the N250. Every panel is the same, and there's nothing to tell the two bikes apart aside from the lack of a side-slung silencer on this one. The N160 gets an underbelly unit. 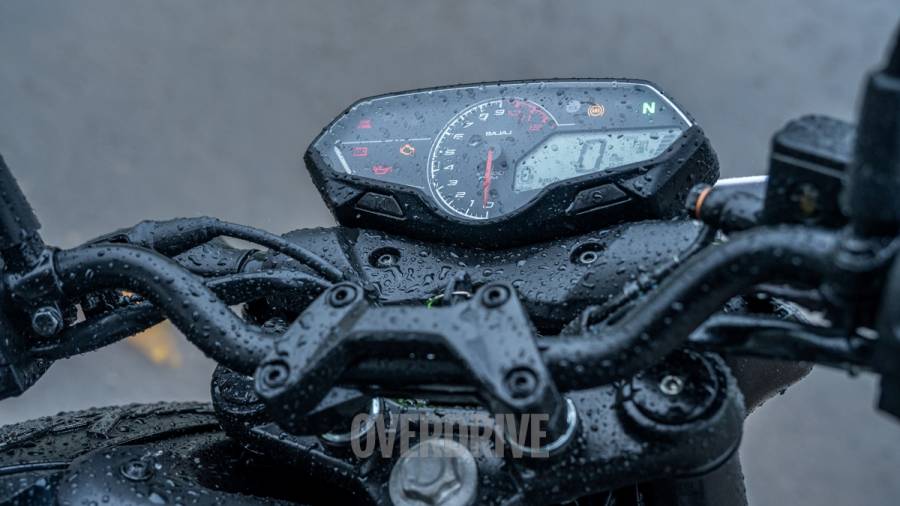 So every panel on the N160 has been lifted from the Bajaj N250's parts bin, everything from the projector headlamp with those LED brows to the tank extensions, back to seat and the tail lights. You even get the same semi-digital instrument console similar to the N250 with USB connectivity. Seeing as Bajaj already has the Pulsar NS160 in the same category of motorcycle, what come out with the N160 in the first place? Well, it comes down to Bajaj wanting to have a product which shows off the styling of a larger capacity motorcycle, with the power of a 160cc bike. And no, it's not the same power unit as the one on the now older Pulsar NS 160. 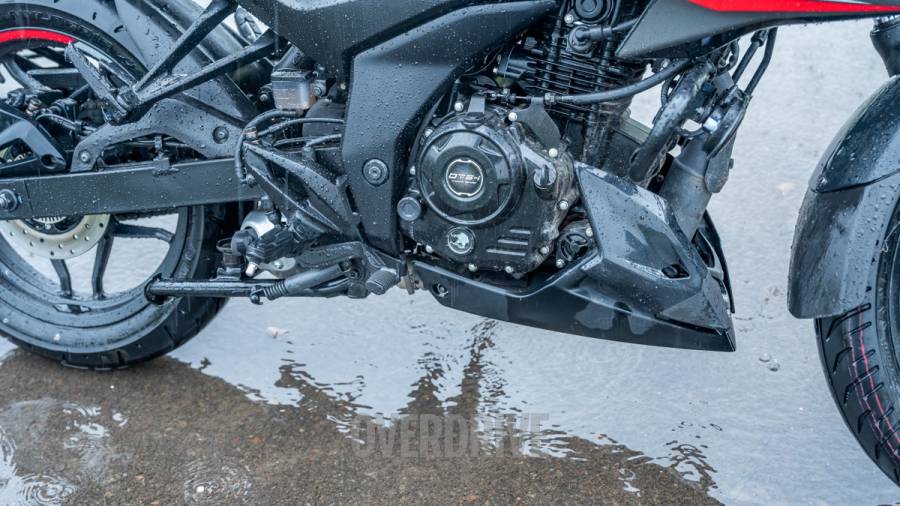 Now given the bike's name, one would assume Bajaj to have plonked the same 160cc engine that it has in the NS160 into this one, but in truth this is a very different motor. It isn't as powerful, but it still has a lot of fun Pulsar traits about it. It's a smooth engine for one, and it loves to be revved. It's very tractable down the powerband and out on the highway it'll cruise happily at around 80kmph at 6,000rpm in fifth. The Pulsar N160 gets a 2-valve head as opposed to the 4-valve head of the NS, but in true Pulsar form, this new air- and oil-cooled 164.8cc engine loves to be revved and it does send some vibes your way through the bars once you do. Still, even with a max power of 16PS, which is 1PS down on the NS, with the same amount of torque at 14.5Nm, the N160 has to be one of the most comfortable pulsars of its time. The engine is very tractable, and you will have no problem short shifting way up to fifth which is top gear, and cruising around all day at leisurely pace. This is very unlike the Pulsar NS 160s 160.3cc motor which feels best on the boil, and will require you to make more gear changes in the process. 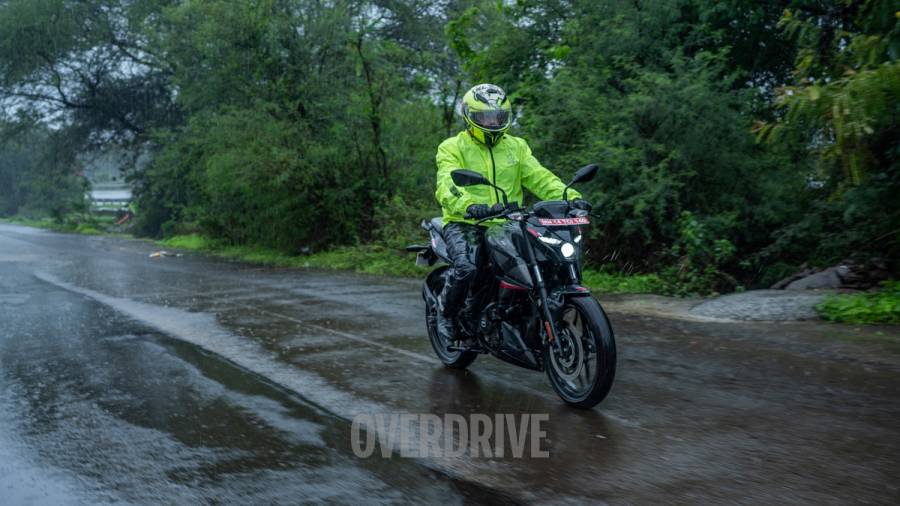 In the ride and handling department, the N160 feels very light at the bars and it's very easy to tuck into a corner. At first I thought that simpler single-downtube frame would be far off the NS 160s perimeter frame, which lent that bike a good amount of agility, but the in truth it works just as fine. 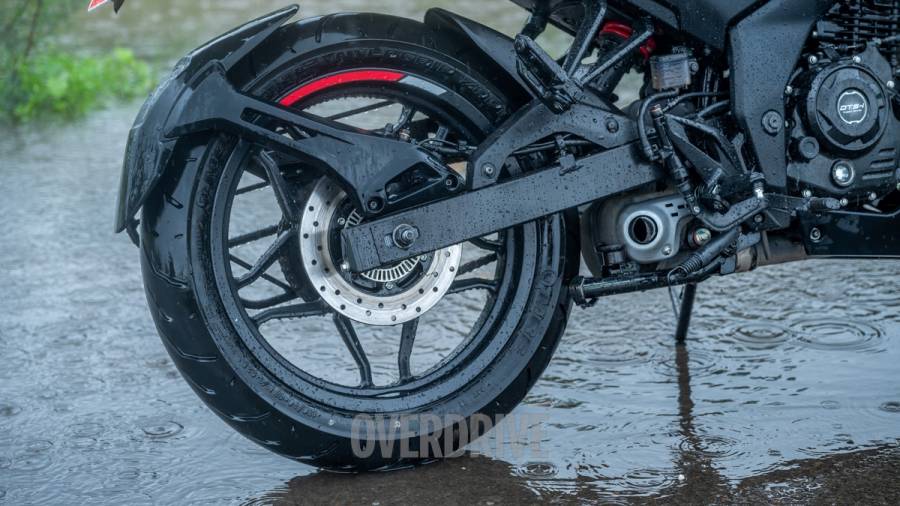 The N160 gets the same suspension setup as well as the same 17-inch alloy wheels and tyres as the N250 which work well in tandem and make the bike very comfortable to ride and easy to manoeuver.

Thanks to some brilliantly bad Pune weather I had a great chance to check out the bike's segment-first dual-channel ABS on many occasions and the system worked flawlessly with a decent amount of feedback from the levers every time. We couldn't really chuck the bike hard into corners this time around on account of the weather and road conditions, but after riding the N250, I'm pretty sure that this N160 won't really be lacking in that department. 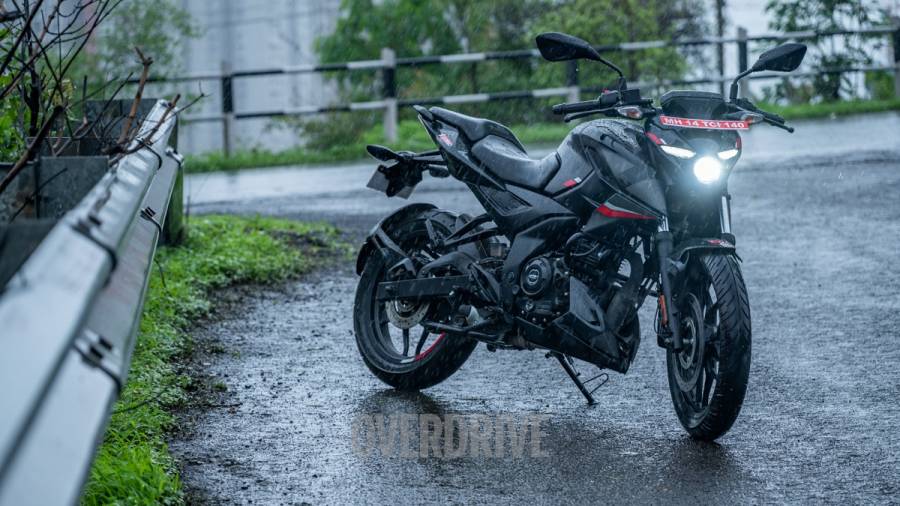 Even after a short span with the N160 it was clear that this was completely different machine compared to the other bikes that Bajaj has in the 150-160cc motorcycle space. The single channel ABS N160 may be priced very similar to the NS 160 at 1.22 lakh with this double channel ABS version being 5 grand more expensive, but most importantly, both bikes aren't similar in terms of their sets of unique characteristics.

So to sum it up, if you really like the looks, the dynamics and the premium-feel of Bajaj's quarter-litre bike the N250, but still have fancy yourself a motorcycle that packs the punch of a 160cc motorcycle, a proper Pulsar 160, well Bajaj has sorted you out with this one. And the pricing, that seems very much on point as well.