Driving the new Force Gurkha Xplorer has stirred up quite a few emotions -- some good, some bad. And this was the case even when I first saw images of the vehicle when it was launched. I really wasn't sure whether I liked it or not, and hoped that seeing it in the flesh would help me make up my mind. Well, it didn't initially. It looks a bit awkward from certain angles, like from the side because of two-door setup (in the short wheelbase version), but from the front and rear it has this old school, rugged design that I'm personally a very big fan of. I especially like the steel bumpers which look like a neat aftermarket fitment. And while the optional 16inch wheels looked a little small, they didn't look shabby and their simple design suits the rest of the simple boxy theme. Overall, Force Motors has made the Gurkha look a little less sophisticated and more rugged, which is good thing considering the old car was stuck somewhere in the middle of trying to be both. 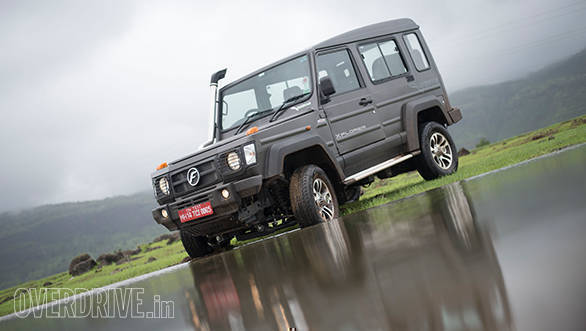 The interior on the other hand, is a big no-no straight away. The dashboard, which hasn't really changed from before, is just a big pile of poorly made, flimsy plastic. It had a few more storage spaces around the gear lever and between the seats, but there's still a lot of empty space which could have been put to good use. You do get the bare minimum necessities like pretensioned front seat belts, heating and air-conditioning, and a 12V port to charge your devices, but that's about it. The driving position was quite awkward, thanks a slightly upward facing steering which didn't allow me to push my seat back far enough from the pedals. It had a very utilitarian feel that was far from being appealing. 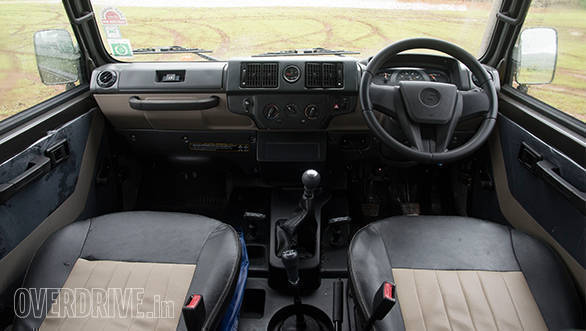 Moving on to a more important subject, the engine, the new Force Gurkha gets an updated version of the 2.6-litre turbo-diesel engine. It is now BS 4 compliant and a whole lot more refined. When I first fired up the engine, I expected a loud clattery sound typical of previous generation diesel engines. But no, it was surprisingly smooth with barely any vibrations creeping into the cabin. There is the usual amount of sound you'd expect from a diesel engine creeping in though. The throttle is very sensitive and the engine isn't slow revving either with good low-end torque. The 85PS/230Nm engine does feel a bit under powered though and you really have to work the gearbox to keep some pace on the highway. 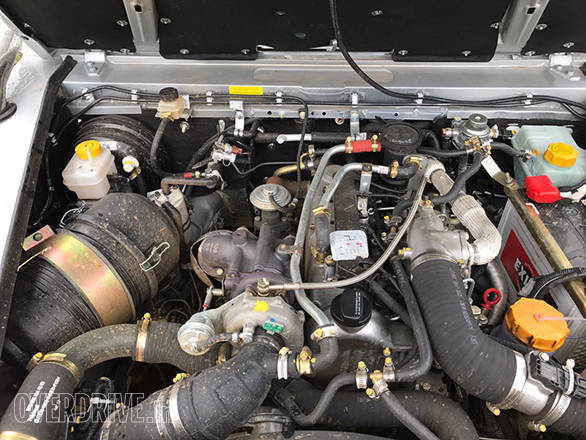 The Gurkha gets a new 5-speed manual gearbox which is now cable operated. It's not the easiest of gearboxes to use in terms of modern car standards since it doesn't smoothly fall into gear every time -- you have to use a fair amount of force to shift. It's the same issue with the gear lever controlling the 4x4 transfer case. That said, when compared to the gearbox in the previous Gurkha, this one feels buttery smooth. In the old Gurkha, I literally had to have an arm wrestling match with the gear stick to slot it into any gear. 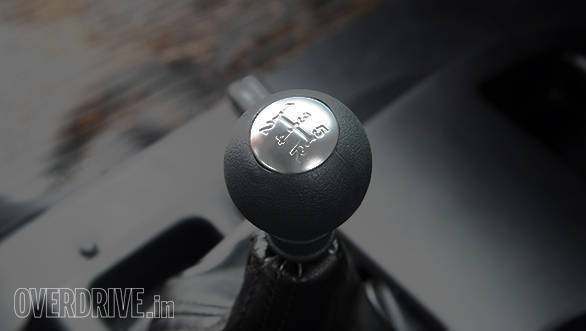 But when I was thinking these thoughts, I was still driving the Gurkha Xplorer on the highway. Pretty soon though, we took an exit and got on to some rural roads littered with ruts and holes. But it was only when I saw a regular sedan go through one these holes did I realise how big they were because the Gurkha simply gobbled up everything without so much as a light thud! The new Gurkha's got a C-in-C chassis whereas the old one has a tubular structure and also a new suspension setup with coil springs at the rear instead of the previous leaf springs. The result is a vehicle which feels like it's floating on a cloud. 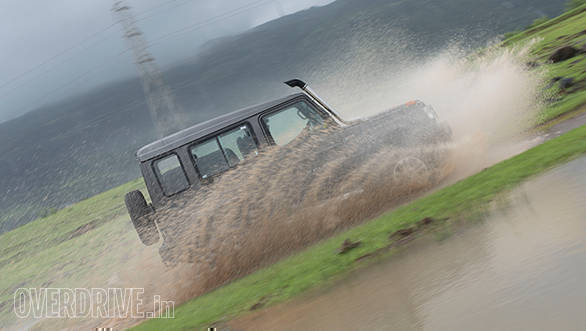 Now that works to its advantage and against it. On the highway for instance, you can't go over 80-90kmph and feel very confident since the entire car bounces quite a bit over the light undulations. But keep it below those speeds and you'll find yourself enjoying a calm and relaxed drive. Get off the beaten path however, and you'll find that it takes to it like a fish takes to water. 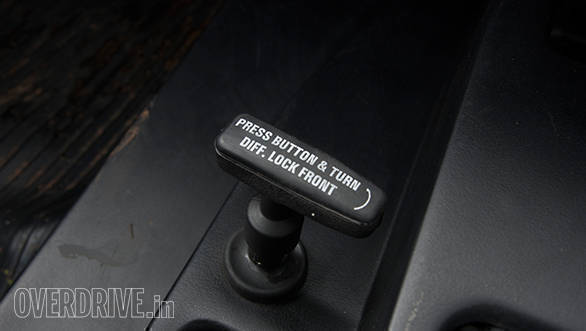 The Gurkha's trademark 4x4x4 name still stays which means you get independent differential locks for the front and rear axles. Although we never had to use it during our drive, it's a pretty nifty feature to have in tricky off-road situations. The Gurkha is impressively capable off-road thanks to that torquey engine and 210mm of ground clearance. If you're really serious about your off-roading, Force Motors even offers Maxxis Bighorn off-road tyres as an option instead of the standard all-terrain tyres. It was while I was busy power sliding around in the mud that I realised what the Gurkha was all about. It's not meant to be fast on the road, or a great corner carver, or a plush SUV. It's meant to go off-road and off-road it goes! The interior, although not really appealing, is quite functional -- you can get it all mucky and dirty over the weekend, and just hose it down once you're done.

Force Motors is selling the new Gurkha in three variants. The 4x4 variant, called the Xplorer will be available in short wheelbase and long wheelbase (five doors and proper bench seats at the rear) formats. The starting price for this variant will be Rs 9.13 lakh (ex-showroom and pre-GST). The other variant, called the Xpedition, will only be available with a 4x2 drivetrain and in a long wheelbase format at a price of Rs 7.95 lakh. However, Force Motors will be cutting the prices tomorrow due to the GST effect. These prices seem a little high for a car which seems like it will mostly be bought just for hard core off-roading. But Force Motors says they want to target the family-oriented market too with this vehicle. For that, the biggest step necessary is to make the car feel less utilitarian and more aspirational. With respect to the way it looks on the outside and the way it drives, I think Force Motors has done a pretty good job keeping its target audience in mind. However, and I can't stress this enough, it really needs to step up its game with respect to the interior design and quality. If it can manage that, and set up a strong dealer network, Force Motors could have a very convincing product in its hands. 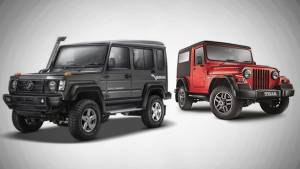 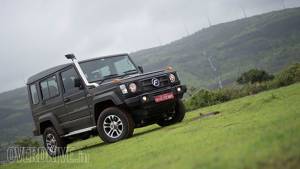 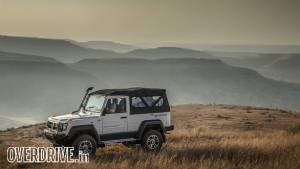