Zayn Khan has been elected the president of the Federation of Motor Sport Clubs of India. The elections, which were held in Bangalore on Tuesday, saw Khan win the ballot with a unanimous vote. This is the first time in the recent past when there has been such a show of support for an individual standing for elections for the post of president. 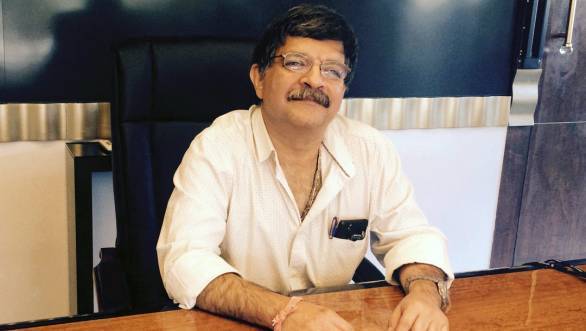 Zayn Khan is the newly elected president of the FMSCI

Khan replaces the late president, R Bharath Raj, whose untimely demise on August 15, 2015 was the reason for the elections.

A representative of the Western India Sports Association, Khan who hails from Hyderabad, said of his appointment, "My initial reaction is that it is overwhelming." He continued saying, "I hope to bring unity to the FMSCI. Bharath was a good friend and I would like to take forward his tenure on a high note."

Of his immediate priorities, Khan declared he plans on visiting a lot of clubs and promoting motorsport, "given that we are at the peak of motorsport in the country". Promotion of the sport and publicity, with the help of the media, is on his to-do list.

"There are three rounds left in the rallying season this year. Rallying will be in focus in Chikmagalur in December since the town is hosting the Asia Cup round. If all goes well, we could see an Asia-Pacific Rally Championship round in 2016."

"With the way things are in Europe and China, India can become the centre of motorsport if we play our cards right," is what he had to say.

Known for his astute powers of observation, and his knowledge of the rulebook, Khan, who has in the past served as an APRC steward and observer, is likely to bring a level of transparency and professionalism to the sport that will be welcome.