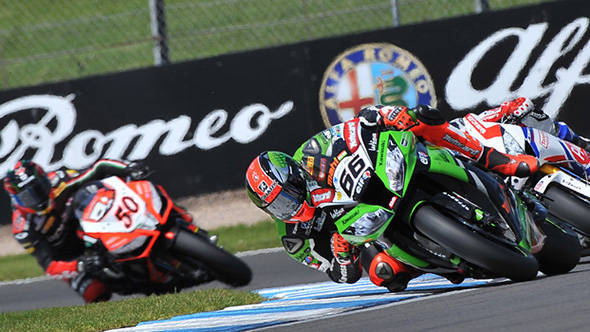 Tom Sykes had quite a weekend at Donington, dominating both races at the circuit in a thoroughly commanding fashion, and also proving to the world why the Super Sykes moniker suits him so well. You see, the Brit appeared to be controlling the pace at Donington from the very first practice session at the track and only failed to top the timing sheets once before the race. Then, he made things easier on himself by claiming pole.

When the race started, Sykes wasn't taking any chances, making sure that he led into the first corner and opened up the gap to the following pack with each progressive lap. For the Kawasaki rider, the race was smooth and his performance flawless - he crossed the chequered flag first, ahead of Jonathan Rea and Sylvain Guintoli. The second race wasn't all that different for the Brit - he had another lights to flag win, and furthered his championship cause, closing to within four points of Sylvain Guintoli. Finishing second was Eugene Laverty, who did attempt, at one point, to challenge Sykes for the win. However, with Sykes blazing off into the distance, there simply wasn't much that Laverty could do. Along the way, Sykes even set a new race lap record on lap 4 of the race, with a timing of 1min 27.378secs. Second place went to Guintoli, who managed to pass his team-mate and take position from him. Third place also went to Aprilia, with Rea managing to hold off a hard-charging Marco Melandri.

Sylvain Guintoli currently leads the championship with 173 points, with Sykes second with a haul of 169 points and Laverty third with 149 points.

The World Supersport Series saw another dominant performance from Team Mahi Racing India rider, Kenan Sofuoglu. The Turkish rider, and defending World Supersport Champion, finished the race second on the podium, after a fierce battle with eventual winner Sam Lowes. Indeed, Sofuoglu had a proper joust with the Team Yacknich Motorsport rider, the pair of them both going hell for leather all through. As it turned out, though, Sofuoglu missed out on the podium by a whisker during the closing stages of the race. Third place went to Roberto Rolfo, who put MV Agusta on the podium after 37 long years. Mahi Racing's other rider, Fabien Foret, finished ninth. 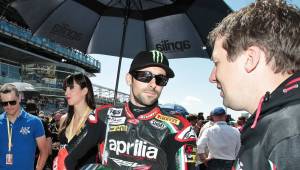 Aprilia to make WSBK return in 2017 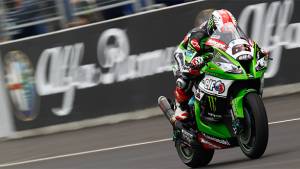 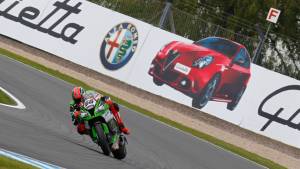