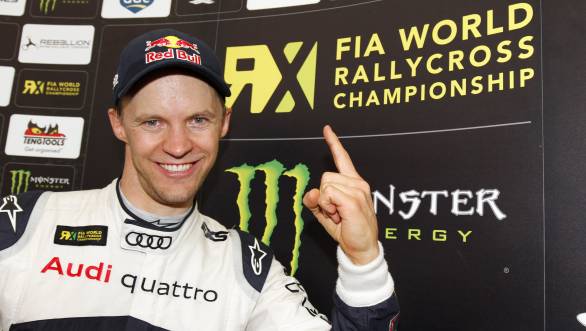 Mattias Ekström's fifth-place finish during the final of the Buxtehude round of the 2016 World Rallycross Championship was enough to secure him the 2016 drivers' title. The Swedish driver won the championship with one round, the season finale at Argentina, to spare. The event itself was won by Olsbergs MSE's Kevin Eriksson, who finished ahead of Petter Solberg, while Andreas Bakkerud finished third.

Defending world champion Solberg, who claimed the first two titles since the WRX championship began in 2014, was gunning for his third title, hoping that he'd be able to fight for it at the last round. Had he won the Germany RX, there would have been a mathematical possibility that he would have been able to claim the title in Argentina. However, second place, and the points it gave him, weren't enough to help him keep that hope alive. 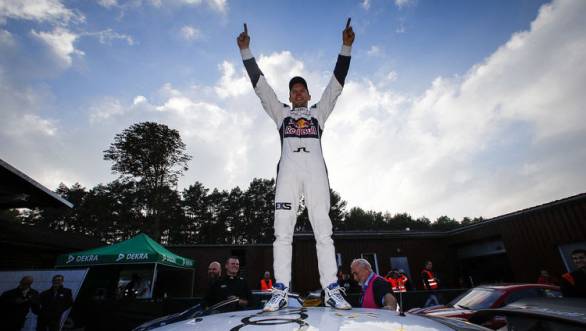 "This is probably the best day in my whole motorsport career - it feels like I have electricity running through my whole body," said a very happy Ekström.

Solberg, who lost the title, was naturally sad about the way things had ended. "I have been fighting all year for my third World RX title and I hoped it would go down to the final round and the team were really motivated. It is so important for me to thank my amazing team - I may be the guy driving the car, but the car was so fast this weekend, I think one of the fastest on the track. I can only say thank you for all the hours they have spent in the last two weeks, making small changes which could make a difference for us."

The Norwegian, who won the WRC title in 2003, and followed that up with two WRX titles (2014 and 2015) went on to congratulate his rival. "Mattias is a very worthy winner, he has won a lot of races this year and been very consistent  big congratulations to him and to EKS."

The final launch of the 2016 WRX championship will be held in Argentina between 25th and 27th November.