Announced on Monday was the appointment of the 44 year old Belgian Sven Smeets, currently the VW Motosport Sporting Director, as the replacement Motorsport Director for Jost Capito who has now left the company. 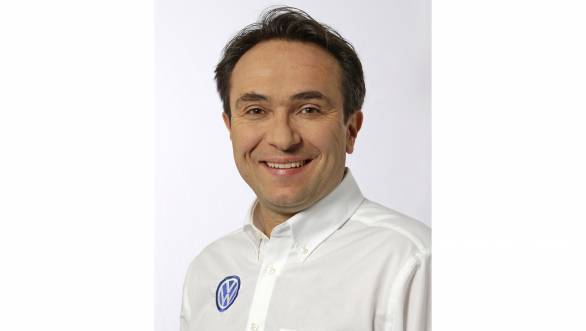 Sven Smeets has been appointed the new director of Volkswagen Motorsport

The personnel who are now at the head of VW Motorsport there are also Lukasz Urban (34) also takes over as Commercial Managing Director from Kirsten Zimmermann (44), who moves into a new management role at Volkswagen AG on 01 September 2016. At the same time, François-Xavier Demaison (47), as Technical Director, and Dr. Donatus Wichelhaus (54), as Director of Engine Development, both move up into the Management Board of Volkswagen Motorsport.

Smeets joined the team as WRC Team Manager and Demaison as responsible for the technical development of the Polo for the World Rally Championship both joined the World Rally Championship team in 2012. Demaison is now also responsible for all Volkswagen's other car projects within the field of motorsport and Dr. Donatus Wichelhaus is now responsible for the development of all Volkswagen engines for motorsport purposes. Andre Dietzel (41, Head of Communications and Marketing), Matthias Meyer (47, Manager of Workshop) and Eduard Weidl (51, Head of Customer Sports) continue in their roles within the Volkswagen Motorsport management team. It is not known who will be the new WRC Team Manager.

Sven has been an active codriver in motorsport since 1993 and in 1995 joined the national Opel rally team, moving for 1996 to 1998 to the national Toyota team, competing also in WRC events. He scored one WRC victory, Rally Australia in 2005 with fellow Belgian Francois Duval. His recent appointments have been:

Dr. Frank Welsch, Member of the Board of Management of the Volkswagen Passenger Cars brand with responsibility for Development said: "We are delighted to be able to introduce a man with a vast wealth of management experience at the top of Volkswagen Motorsport, in the form of Sven Smeets. At the same time, we would like to thank Jost Capito, under whose leadership Volkswagen has won every title on offer in the World Rally Championship for the past three years. We wish him all the best for the future."