WRC 2019: DNF for Gaurav Gill at Rally Turkey despite impressive pace early on

Gaurav Gill managed to show good pace at the 2019 WRC Rally Turkey, where he was competing in the WRC2 category. Gill, who was driving an M-Sport prepared JK Racing Ford Fiesta R5 Mk2, had an unfortunate end to his rally. On SS16, Gill's car suffered transmission issues, and he was unable to continue the rally. 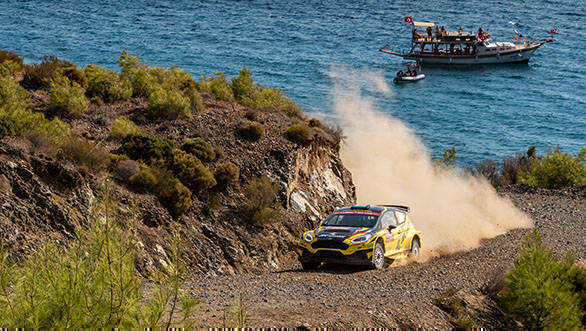 However, on penultimate stage of the rally, disaster struck the Indian driver. According to a press release sent out by Gill's team, "the transmission of the car seized and ground him to a halt. The car locked up completely and could not even be pushed into neutral, killing all chances of recouping and making up in the final stretch of the WRC."

Gill said after the rally, "It was one of the toughest weekends, rather toughest rallies of my life. Right from the beginning, it was difficult to get into a good rhythm because the rally was so slow and twisty, with so many huge rocks and boulders around,"

"I of course didn't have much previous experience with the car and the setup, making it that much more difficult. The plan was to take one step at a time and it almost paid off. But we were marred by so many issues, including mechanical problems in the car. The good thing is we got some great timings and should keep us in a positive frame for the next round," he added.