The 2018 World Rally Championship round at Marmaris in Turkey is proving to be one of the most challenging rallies that the series has seen in quite a while. Going into the rally it was acknowledged that the stages here were expected to be the roughest all season. A fact that Michelin took into account when they increased their tyre allotment from 24 to 28 per car for the duration of the rally. Good thing too, clearly, because as Hayden Paddon told us after Day 2 - Rally Turkey was proving to be the roughest rally he had driven ever. He was, he said, not driving to maximum capacity. Caution was the need of the hour. Hayden Paddon in action on the stages at Marmaris, Rally Turkey

The cautious approach seemed to pay off, with Paddon finding himself third overall at the end of the Saturday. His team-mate, and Hyundai's 2018 world championship hopeful, Thierry Neuville ended the day with damage to the car's front left suspension on SS8. Neuville and co-driver Nicolas Gilson had earlier led the rally on Friday. When the suspension on their i20 WRC punched through the bonnet of the car, the duo managed to make it to the end of the stage and even attempted swapping suspension components from the rear to the front in an attempt to get by. However, the damage was far too great for them to be able to fix it. Result? Retirement. 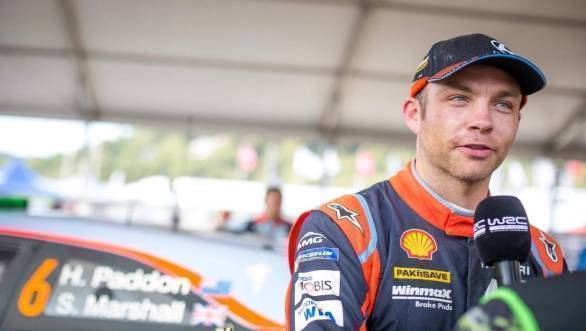 Hyundai was then relying on Paddon and Norwegian rally sensation Andreas Mikkelsen. With Neuville out of the rally, though, the lead went to M-Sport's Sebastien Ogier. The Frenchman, also in contention for the 2018 title, struggled with a broken front right wishbone. Ogier dropped down the order to fourth, but then slid wide and clipped a tree in the afternoon, eventually retiring. This meant that Hyundai's Mikkelsen took the lead briefly, until his i20 had a transmission issue. It would see him drop down the order to fifth. 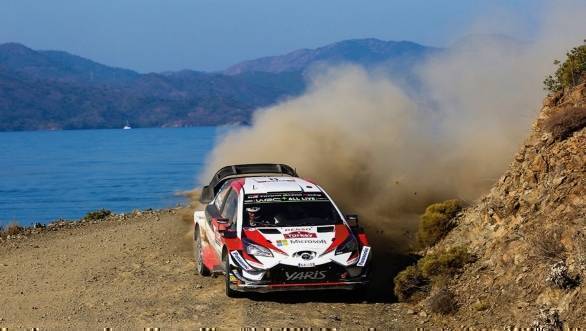 Ahead, though, looking set for his third consecutive WRC win, is Toyota Gazoo Racing's Ott Tanak. Tanak, who recently won Rally Deutschland and Rally Finland before that, looks set to do a hat-trick in Turkey. He ended the day with a 13.1 second lead over his team-mate Jari-Matti Latvala. If the Estonian driver does indeed manage to win the 2018 Rally Turkey, he will move into second place in the championship standings with the potential of catching up to Thierry Neuville soon. 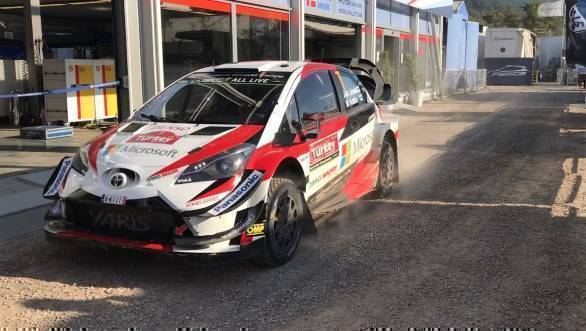