Will Lamborghini honour Bob Wallace with a limited edition car?

Lamborghini's Bob Wallace passed away last week aged 75. Bob Wallace, a New Zealander, was Lamborghini's former chief test driver in the 1960s and 1970s. He was with Lamborghini for twelve years from 1964 to 1975 and played an instrumental role in the growth of the company founded by Ferruccio Lamborghini.

"The news received today of the death of Bob Wallace hit me and all of us at Lamborghini and leaves us with a great sorrow. As the first test driver of the company, Wallace has played a key role in the early years of Lamborghini and strongly contributed to the birth of the myth of the Bull," said Stephan Winkelmann, President & CEO, Automobili Lamborghini.

At the age of 21, Bob moved to Italy where he worked for teams such as Ferrari and Maserati. He then moved to Automobili Lamborghini and assisted in the creation of Lamborghini's globally known V12 engines. He was also majorly known to be the hands behind the creation of the Lamborghini Miura, a car many consider to be the world's first supercar. But his larger contribution was towards developing the Miura Jota, a name many expect to be resurrected. 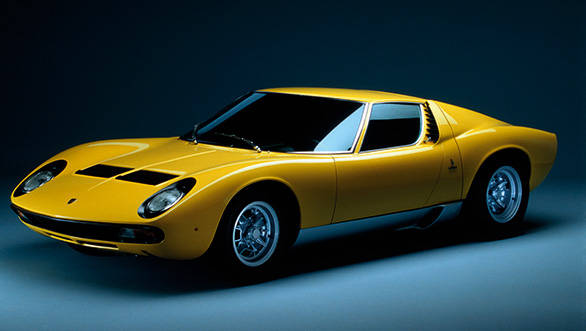 But apart from these facts, Wallace gave Lamborghini a legend by the name of Valentino Balboni. He took Balboni under his wing as a mechanics apprentice. They eventually started testing all production cars that rolled out of the Lamborghini stable together. Balboni later replaced him as chief tester in the 1970s. Balboni then ended up spending 40 years in Sant'Agata at the bull pen.

Lamborghini's take on honouring their dear ones usually turns out to be another scintillating car for the world to drive and appreciate. To honor Balboni for instance, Lamborghini brought out a special edition of the Gallardo named after him, limited to just 250 units. Safe to assume then that one of the best ways of honoring Bob's contributions will be to create a signature Lamborghini after him. We cant wait to see the tribute Lamborghini pays to one of the most important members of their family. RIP, Bob.