What makes the new Porsche Panamera tick? A range of new V6 and V8 engines!

The Panamera makes up nearly 15 percent of Porsche India's sales. Nearly 60 percent comes from the Cayenne and the Macan together, and the Panamera just happens to be the next big thing. And now there is an entirely new Panamera that has taken larger strides in areas of design, comfort, performance and dynamics. 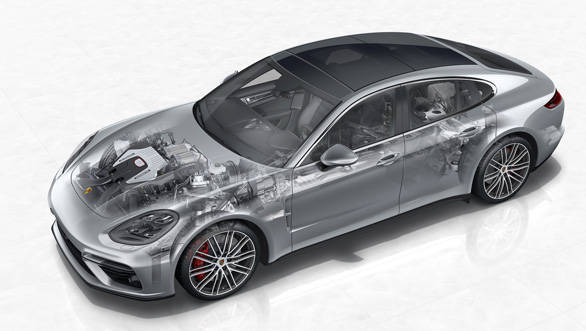 The biggest and probably the most significant to Porsche's entire future lineup is the new range of turbo charged engines. Both petrol and diesel engines are turbocharged, thereby enabling the German marque to downsize powerplants, stay in line with future emission requirements and yet not loose on power and performance.

So the new Panamera is powered by a choice of three engines, a twin turbocharged 4.0-litre diesel and two petrols, a 2.9-litre twin turbo V6 and the flagship 4.0-litre twin turbo in the Panamera Turbo variant. Each of these engines has a hot inside vee turbo configuration which means the turbos are packaged such that they sit in between the cylinder bank. In addition these are twin-scroll turbochargers, so they have high operating efficiencies at both low and high engine rpm. That means you barely notice any turbo lag. Throttle responses are supposed to be instantaneous, but only a drive will get us that understanding. 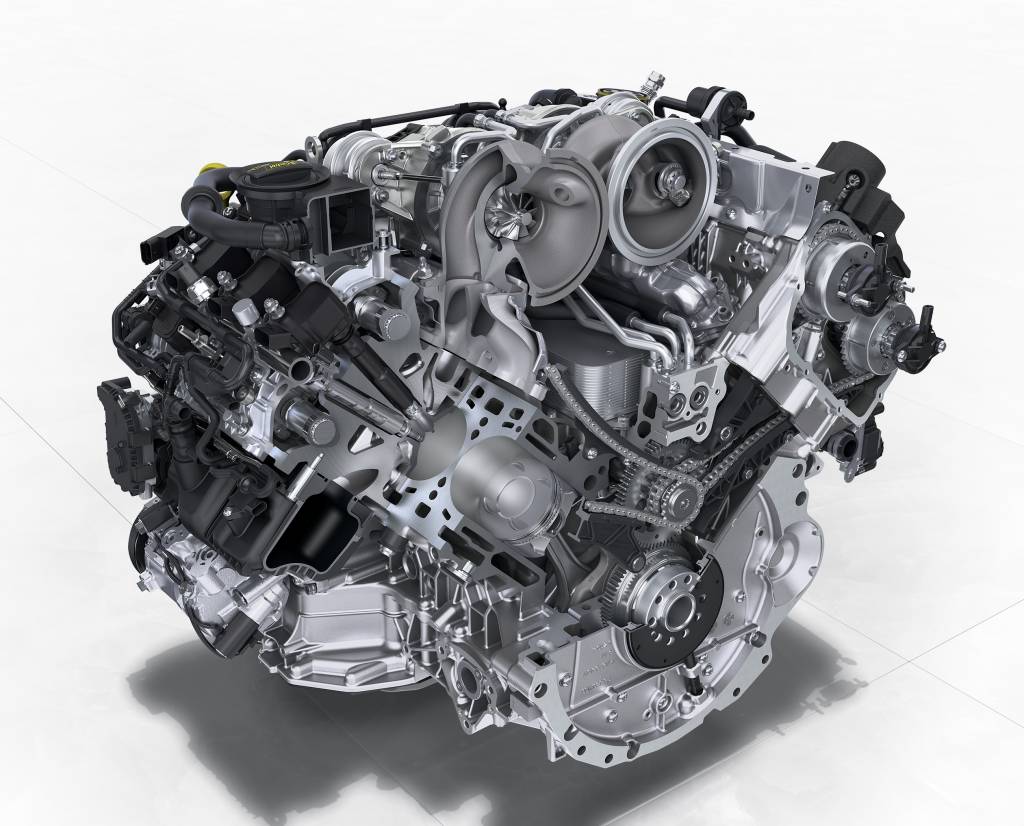 The flagship engine is the new V8 twin turbo petrol. Peak power is rated at 550hp with an enormous tidal wave of torque, 770Nm of it is available between 1960 and 4500rpm. Being a petrol and possessing such prodigious amounts of torque makes this Panamera appear even more satisfying on paper. Stock 0-100kmph time from this engine is a ridiculous 3.8 seconds, that is as fast as several other supercars, probably not with 4 people on board but the potential is there for all to experience. 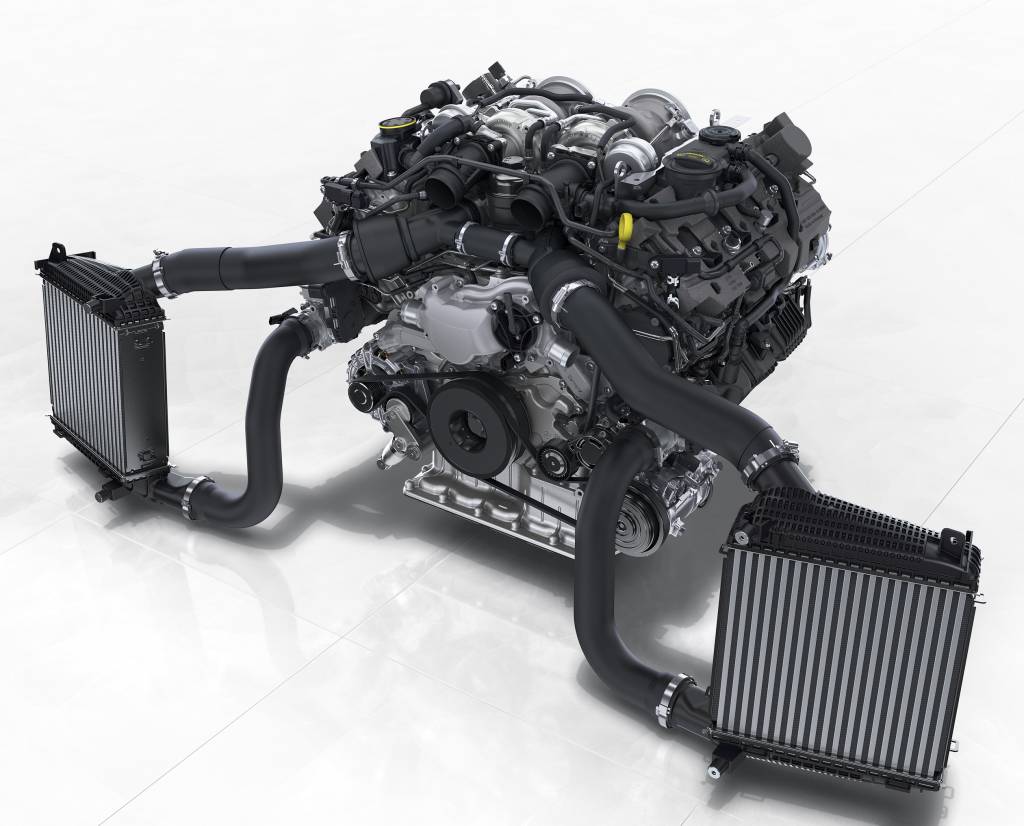 Another extraordinary feature is the adaptive cylinder deactivation. When the motor runs anywhere between 950 to 3500rpm and when no more than 250Nm of torque is being utilised just 4 cylinders instead of all eight are utilised. This improves fuel economy by nearly 30 percent. Activation and deactivation of the cylinders are controlled by a VarioCam Plus, a two stage sliding cam system. When not required the valve gear of the second, third, fifth and eighth cylinder is deactivated or reactivated as the need arises. In addition the intake and exhaust valves are completely shut during the four cylinder operation. 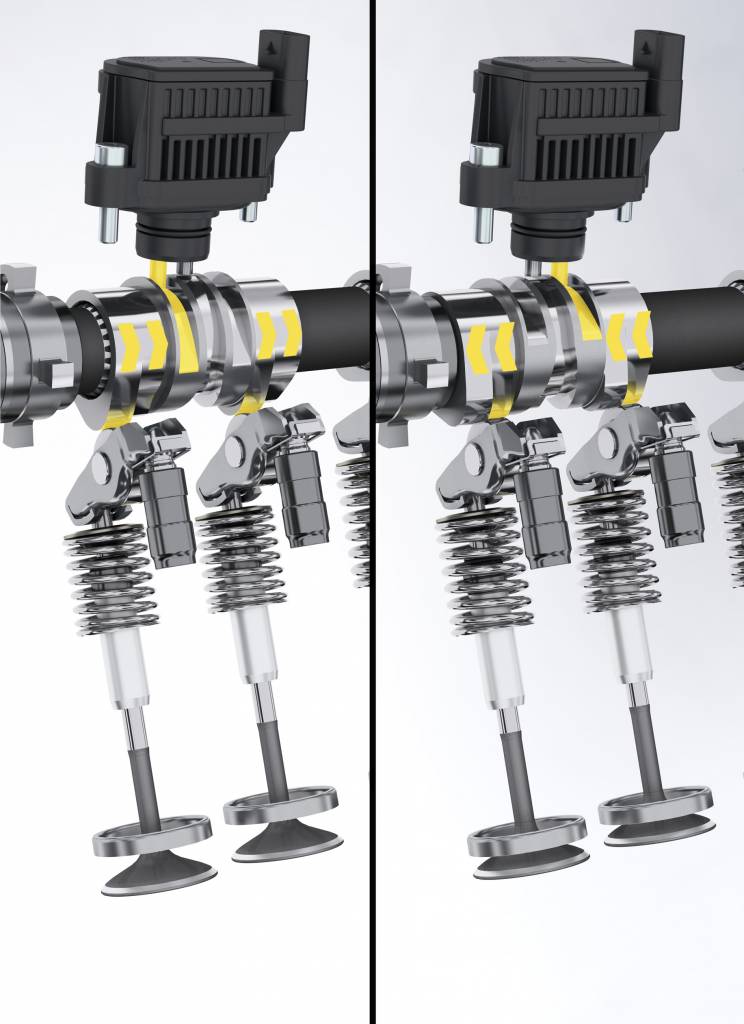 All the engines in the Panamera range get several unique features, one of them being the position of the injectors. The injectors, with their high pressure injection valves, firing through seven nozzle holes and individually aligned jets realise perfect homogeneity of the mixture, resulting in optimal combustion in every operating cycle. These injectors are placed centrally in the combustion chamber. One high pressure pump is used per cylinder bank achieving injector pressures of 250 bar, nearly a 90 percent improvement over the previous generation engine.

Each cylinder also has a unique construction method which helps significantly reduce internal friction, wear and oil consumption. Each cylinder has a tough and low-friction iron coating, just 150 microns thick, that is applied using an atmospheric plasma spray method. This method ensures there is no cylinder lining wear for nearly the entire life of the engine. Even the lightweight pistons rings have a chrome nitrite coating and all put together, the measures reduce oil consumption by nearly 50 percent. 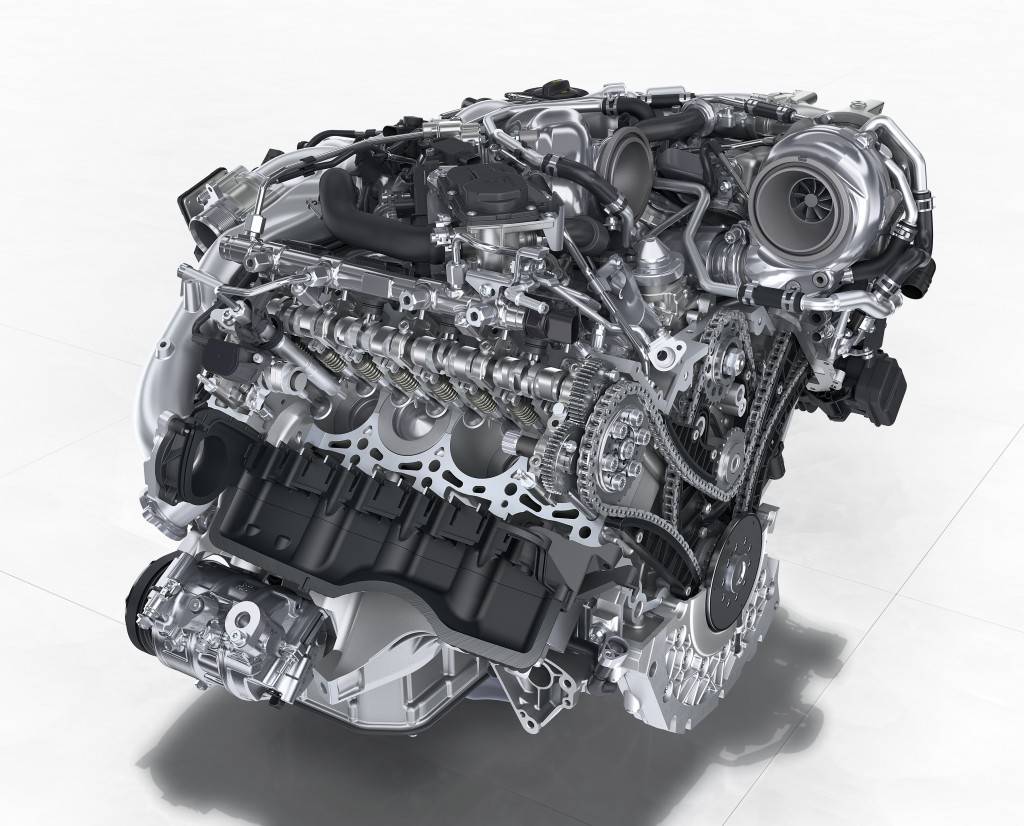 The V8 diesel makes the Panamera the fastest luxury diesel sedan in the world, at least that is what Porsche claims. Previously the Panamera was only available with a 6-cylinder diesel, but the V8 diesel is now an entirely new development replacing the older V6. It is also the most powerful production diesel to be fitted by Porsche in any of their cars to date. 422 horsepower with 850Nm of torque gives it almost the same abilities as the V8 petrol. 285kmph and a 0-100kmph time of just 4.5 seconds emphasizes the fastest diesel sedan tag.

The diesel too lays heavy emphasis on its pair of turbochargers. It uses a sequential operation where only one turbocharger operates from as low as 1000rpm engaging maximum torque. The second turbocharger only comes into play at higher speeds realising the full power potential of the engine. This system is unique to the diesel. Both turbochargers employ variable geometry turbines. Variable valve timing on the intake and exhaust side plays a critical role in the sequential turbocharging process. 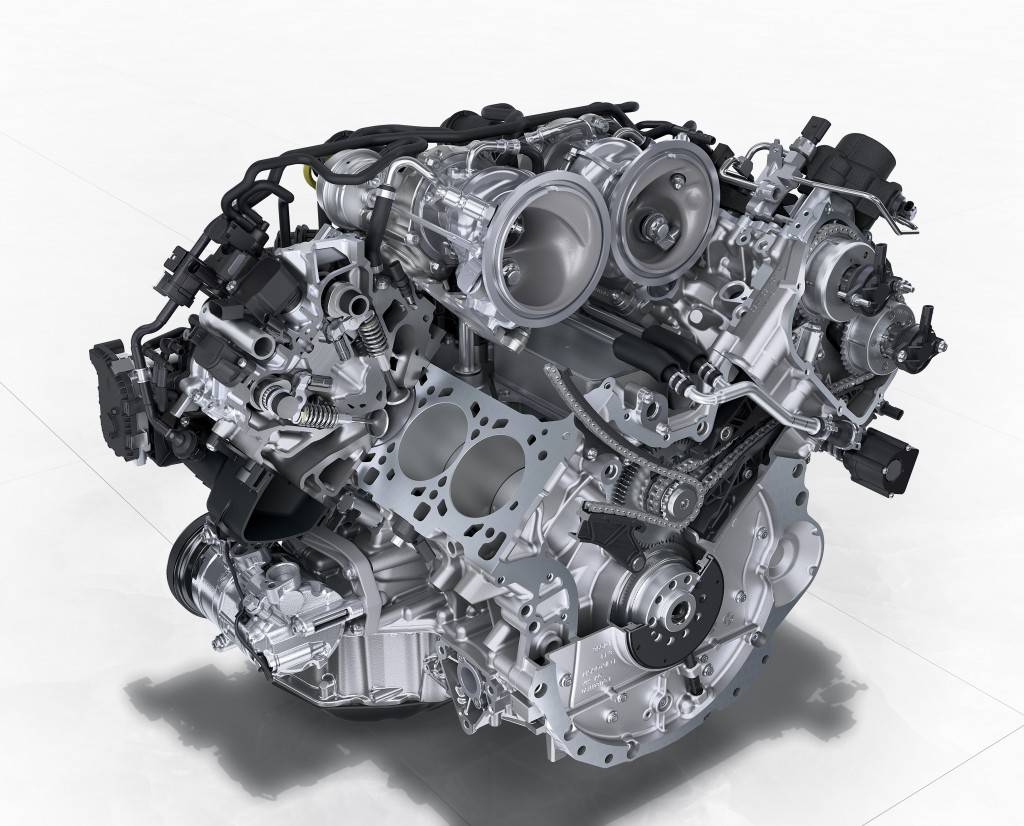 The smallest but by no means any less powerful engine in the Panamera range is the new 3-litre V6 petrol. Employing the same twin turbo configuration as the others allows it to generate 440 horsepower with 550Nm of max torque. That is 20hp and 30Nm more than its predecessor with a promise of 11 percent lesser fuel consumed. The torque curve is almost flat maxing out from as low as 1750rpm and staying steady till 5500rpm. This gives it phenomenal stats on paper, 0-100 in 4.4 seconds, 0-200kmph in 16.2 seconds and a top speed of 289kmph.

The turbochargers follow the same principles as that in the V8 and are also positioned in the same manner in between the 90 degree cylinder bank. There is one exception to the V8 however, the exhaust manifold is also included in this configuration, its positioned inside the Vee to save weight. The sand casted crankcase in addition is made of lightweight aluminium alloy and overall weighs 14 kilos less than its predecessor.

This V6 also employs a variable timing on the intake valves. It also feature VarioCam Plus, a system that allows the intake and exhaust camshafts to be adjusted and the switching of the valve stroke of the intake camshafts.
Each of these engines elevate the Panamera into a whole new ballgame. A unique part of the development program with these new engines was to give them the flexibility to adapt to being hybridized in the near future. Hence these engines are all modular, aiming to achieve low emissions, high fuel efficiency without compromising power and performance.

More on the new Porsche Panamera,

Porsche reveals the 2017 Panamera and result is pretty