WEC 2018: Victory for Alonso and No.8 Toyota Hybrid crew at 6 Hours of Spa

A victory for Fernando Alonso has been a long time coming. The Spanish double F1 world champion, along with team-mates Sebastien Buemi and Kazuki Nakajima, took victory at the season-opening round of the 2018/2019 World Endurance Championship (WEC) Super Season - the 6 Hours of Spa-Francorchamps. Alonso, and the No.8 crew in their Toyota TS050 Hybrid won the race, having started on pole after the sister TS050 was excluded from qualifying. However, the No.7 car, with Mike Conway, Kamui Kobayashi and Jose Maria Lopez behind the wheel finished second, giving Toyota a fine one-two finish. 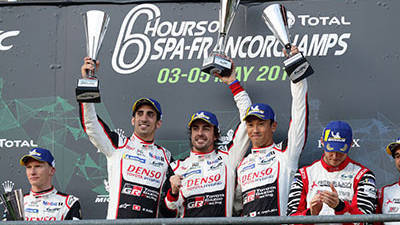 The No.7 Toyota had its work cut out for it, made easier by the fact that there were three Safety Car periods and some laps of the race run under a full course "yellow". This helped them move up the order, and climb back into the lead lap after 90 minutes. Add to that the fact that the No.8 crew needed to make an extra pitstop with Kazuki Nakajima behind the wheel to rectify the fact that he was not belted in properly. Alonso was the one who got behind the wheel of the car for his final stint of the race, with one hour remaining in the race. At this point he had a lead of a minute over the No.7 Toyota. 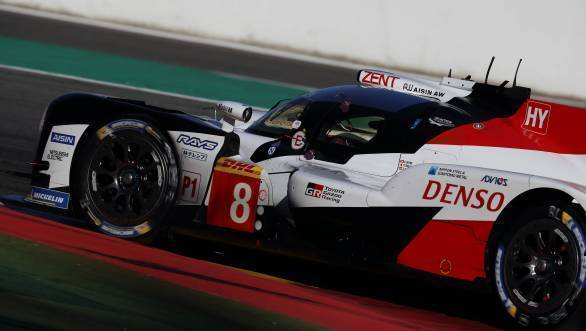 However, things didn't stay that way for long. A crash for the No.17 SMP Racing car, with Matevos Isaakyan behind the wheel meant that the Safety Car came out again. Fortunately, Isaakyan was uninjured, unlike Pietro Fittipaldi who crashed the previous day during qualifying.

The restart of the race saw Alonso lead, with only six seconds between him and Toyota team-mate Mike Conway. The two of them battled it out, very close, before the final pitstops. Alonso managed to get a decent lead, albeit temporarily, during his final stint, after which Conway put pressure on him. However, with some effort, and with the two Toyotas having to work their way through traffic, Alonso was able to build up a buffer of three seconds to Conway. Thus the two Toyotas crossed the chequered flag one after the other.

This was Alonso's first win since the 2013 Spanish Grand Prix.