Volkswagen Polo Cup to give way to Vento Cup in 2015

Volkswagen Motorsport India has had a successful run over the last five years. Since the inception of the Polo Cup in 2010, the series has been hugely popular. This is partly down to the fact that it was the first single make motorsport series of its kind in the country. Then there was also the fact that the series kept up with the times, evolving in some measure each year. From fielding the initial lot of diesel powered cars, to replacing them with the powerful 180PS petrol powered TSI engined cars, the championship evolved each year.

However, OVERDRIVE has learned that the biggest change is yet to come. In 2015 the current lot of Polo Cup cars will be phased out, to be replaced by a fleet of race prepped Ventos. The Ventos will be powered by 1.4 litre TFSI engines. The cars are expected to be a little slower than the current lot of racecars, owing to the fact that the Vento is heavier than the Polos. 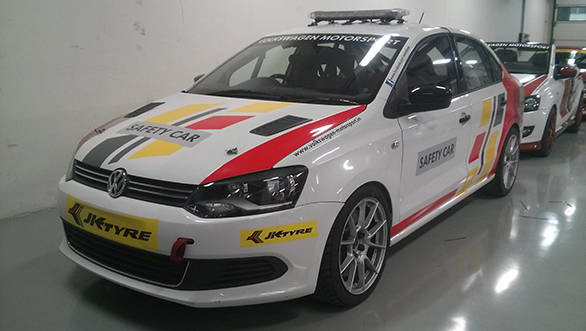 Meanwhile, the current lot of Polos will see engine changes. The petrol engines will be phased out, with the cars getting power from the TDI engines that are being manufactured at Volkswagen's Chakan plant. The cars are likely to either run as a support series to the current races, or perhaps even compete in the Indian Rally Championship. Remember the TDI powered car that made it to the Chikmagalur Rally last year? While Volkswagen's Motorsport head Sirish Vissa declined to comment on the company's future plans, we did spot a rather snazzy Vento on track. The safety car that's doing the rounds at the final round of the Polo Cup championship at the BIC appears to be a test mule.

Watch this space for more details.