The first of a five part series, Valentino Rossi: The Doctor Series (Episode 1) is merely a teaser. It is the first in the five-part series that promises to tell the true story of Valentino Rossi from sources within the Rossi camp, as well as through the eyes of friends he's made through his years in racing. 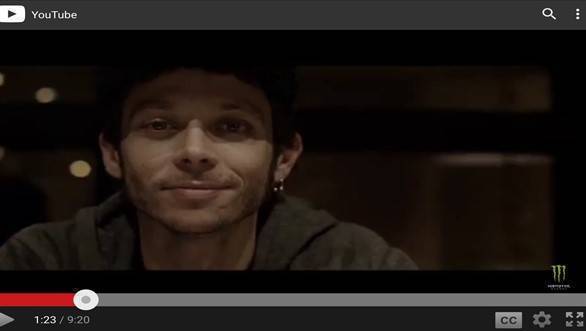 In addition to Rossi's own voice, and his own indomitable way of conveying his message, we are also treated to words from his father Graziano, his childhood friend and right hand man Uccui Salucci, Yamaha team boss Lin Jarvis, and even former MotoGP rider Colin Edwards.

The footage that we see is terrific and it isn't limited to racing alone. There are also some really lovely shots of key moments in Rossi's career. The jubilant crowds at Mugello. Those zany victory celebrations that only Rossi can pull off - bowling pins being knocked down at Jerez in 2007, and being stopped by policemen and handed a speeding ticket at Mugello in 2002.

What the first video also promises, is to take us into the heart of Valentino Rossi's life, right to Tavullia. Because as the video also explains, to truly understand Valentino Rossi - the man and the racer - you need to travel to his hometown and meet the friends and family that have seen him through to success.

This series, then, is THE video for Valentino Rossi fans. As told by the people who know him best. And it appears to be just the thing for fans who can't do the Tavullia pilgrimage on their own.