It's been quite a season of racing for Marc Marquez. The 2017 season began with the possibility of Marquez being muscled out of the way by another young up and comer from Spain - Yamaha's Maverick Vinales. Then the tide changed, slowly but steadily. Things swung away from Vinales, and went in the direction not only of Marquez, but also of his Italian rival, Ducati's Andrea Dovizioso. 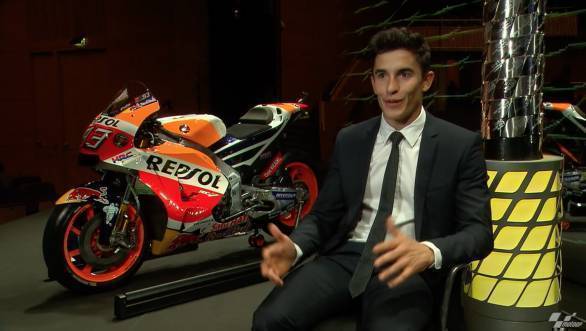 Over the course of this interview, Marquez talks of how he felt at the beginning of the 2017 season, the rivalry that he faced with Dovizioso as the season progressed, and the levels of stress that he had to contend with, which he wasn't used to dealing with! Seriously, he talks about how he began losing hair thanks to the amount of pressure the season put on him!

This candid interview, in which he even describes every member of the Repsol Honda MotoGP team is honest and entertaining all at once. Watch it!