The Honda BR-V is set to be launched in India on May 5, 2016. Our team will be out driving it soon on Indian soil, but back in November 2015, we had a chance to drive a pre-production prototype of the BR-V at Honda's testing facility in Motegi. The Honda BR-V is expected to come with two engine options similar to the City - a 1.5-litre i-VTEC petrol and a revised 1.5-litre i-DTEC diesel. In Japan, we had a go at the petrol powered BR-V. While Rishaad filed his story here, Rohit shot a quick video of his initial thoughts about the upcoming seven-seater SUV from Honda: 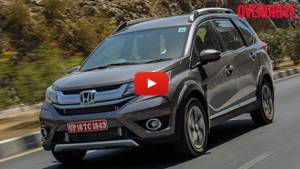