When we reported the unveiling of the all-new Civic Type R at the Geneva Motor Show, we were waiting to hear more on the CTR's Nürburgring feat. There was word that the new Civic Type R was gunning to break the Nordschleife lap record for front-wheel-driven cars and looks like it was true. Honda has released an in-car video of the 2015 Civic Type R as the hot hatch laps the Nordschleife in 7 minutes and 50.63 seconds! 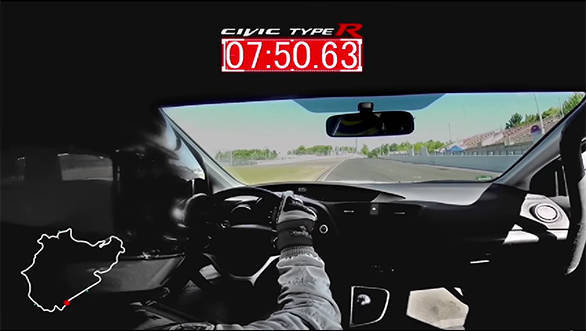 It may not sound like a lot, but beating the eight minute barrier in a front-wheel-driven car isn't child's play. The only other cars to have achieved that feat are the Seat Leon Cupra (7:58) and the Renaultsport Mégane 275 Trophy R (7:54). Since  'Ring claims are always a sensitive topic, more so when a manufacturer gets involved, the 7:50 claim won't be an easy one for Honda. There is bound to be a lot of debate as the car in the video uses a full roll cage. Honda assures in its press release that the cage was only installed for safety reasons and not to add rigidity to the setup. To compensate for the added weight, unnecessary items like the air-conditioning unit, the audio equipment and the front passenger seat were removed. The engine tuning, suspension setup, drivetrain, exhaust, brakes and the aerodynamic package were identical to those of the production Civic Type R though.

All arguments aside, the timing set by the Civic Type R is a commendable one and only cements the performance quotient further for the 310PS hot hatch. Watch the video for the full lap here. It's worth your time. 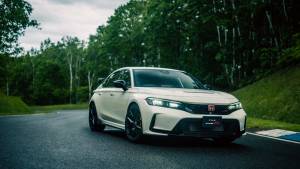