Alongside the facelifted Toyota Fortuner, the Japanese carmaker has also revamped the Toyota Hilux pick-up truck. The Hilux is very closely related to the Fortuner and is based on the same ladder-frame IMV platform, this is also shared with the Innova Crysta. 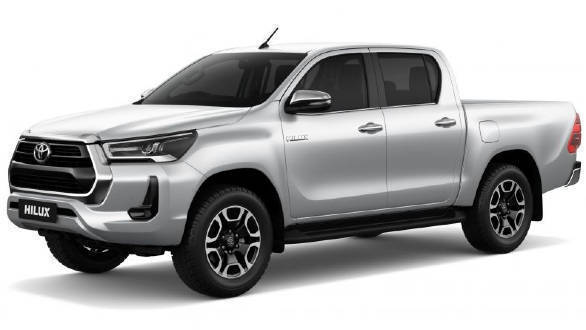 For this year's update, the Hilux now gets a larger hexagonal grille in the front. This has new detailing, along with the new LED headlamps and the new bumper inserts for the fog lamps. The side profile remains largely unchanged except for the addition of new 18-inch alloy wheels. At the rear, there are new LED taillamps. The Hilux can be had in three configurations: single cab, double cab and a longer bed version. In Europe, an Invincible variant is available with more off-road focused styling. 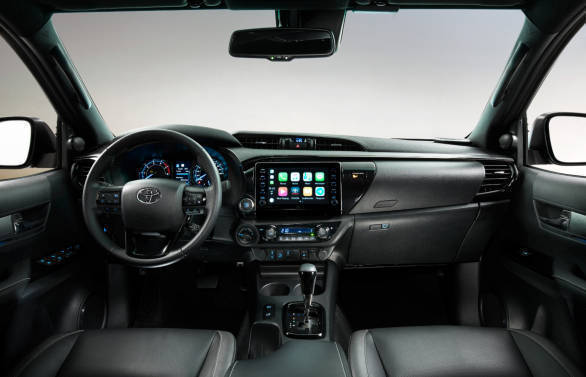 On the inside, changes amount to a new instrument cluster with a 4.2-inch screen and a new 8-inch infotainment that is paired with a nine-speaker JBL audio system. This is also Android Auto/Apple Carplay compatible.

Mechanically, the 2.8-litre four-cylinder turbo-diesel engine has been updated to now produce 204 PS and 500 Nm. This is an improvement of 27PS and 50 Nm. Toyota claims this engine will get the Hilux from 0 to 100 kmph in 10s. Like before this is paired with a six-speed manual or automatic. The 2.4-litre diesel and 2.7-litre petrol engine remain unchanged. The former makes 150PS/400 Nm and the latter 166 PS/245 Nm. All engines can be had in 4x2 or 4x4 drivetrains. 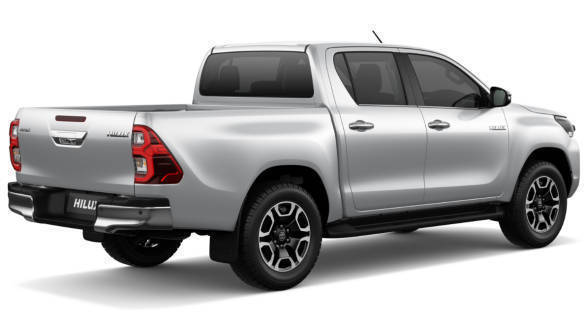 The suspension of the new Hilux has seen some reworking. There are now new bushings, shock absorbers and a revised design for the leaf spring. The 4x4 versions of the Hilux continue to have a one-tonne payload and a and 3.5-tonne towing capability. The 4x2 versions' towing capacity has grown to 2.8 tonnes, an increase of 300 kg.

The Toyota Hilux is unlikely to be sold in India anytime soon, given the minuscule market for such a vehicle here. If it were to launch here it would go up against the Isuzu D-Max, and be positioned as a similar lifestyle offering.

TKM witnesses a 143 percent increase in...