With the Geneva Motor Show fast approaching British luxury marque Bentley has announced that it will be unveiling upgrades to two of its products- Flying Spur and Continental GT Speed. 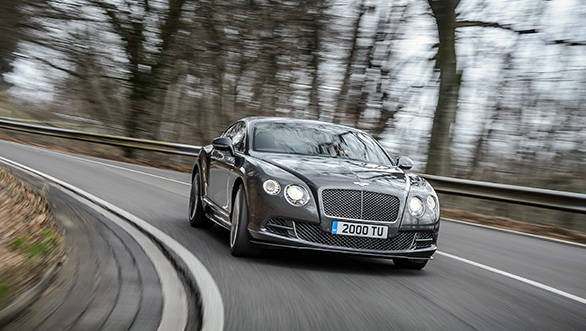 The Flying Spur which will be unveiled at Geneva will have a 507PS/660Nm 4.0-litre twin-turbo V8 engine powering all the wheels. Transmission is a ZF eight-speed automatic under which the Spur can achieve a claimed 0-100kmph time of 5.2 seconds.  The car can reach an impressive top speed of 295kmph. Bentley says that the Flying Spur V8 will travel 840kms before needing a refuel.  Cylinder deactivation, intelligent thermal management and electrical recuperation are some of the key factors which help the Flying Spur to achieve this figure. 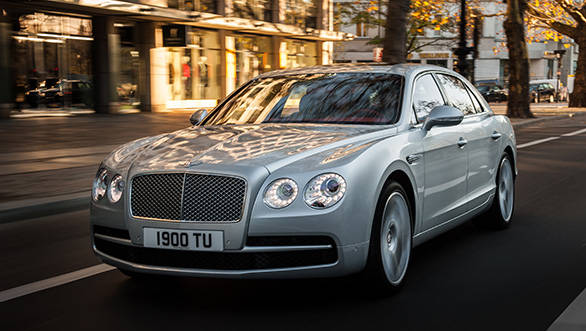 Bentley's flagship car, the Continental GT Speed has also received upgrades and will be available in coupe and convertible form. Its 6.0-litre twin-turbo, W12 engine has been uprated to 635PS and an unbelievable 820Nm of torque. With these numbers, the Continental GT Speed coupe now becomes the fastest production Bentley with a top speed of 331kmph, while the convertible manages a maximum speed of 327kmph. Transmission is handled by an ZF eight-speed automatic box and 0-100kmph is dispatched in 4.2 seconds.

Look wise, the new Speed gets body paint matching front splitter, side skirt and rear diffuser. The head and tail lamps as also the 21-inch speed wheels get a dark tint finish. A 'speed' badge to the front fender and red caliper paint distinguish the new car from the standard one.

Deliveries of the Flying Spur will start in spring while that of the Continental GT Speed will commence in summer in UK. 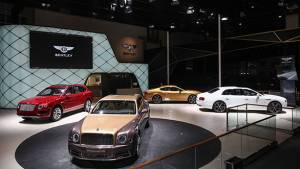 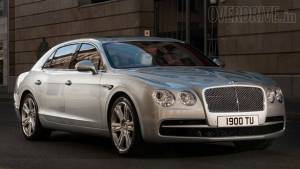