Two-wheeler sales in India for August 2016

August 2016 has turned out to be a fantastic month for almost all two-wheeler manufacturers in India. Honda Motorcycle and Scooter India, Hero MotoCorp, India Yamaha Motor and Royal Enfield have all registered a sales jump of over 20 per cent compared to the corresponding last year. For Honda Motorcycle and Scooter India, it has turned out to be a record-breaking month. The company has registered its highest-ever total sales, automatic scooter sales and exports. Here's a compilation of the sales numbers from Indian two-wheeler manufacturers for August 2016. 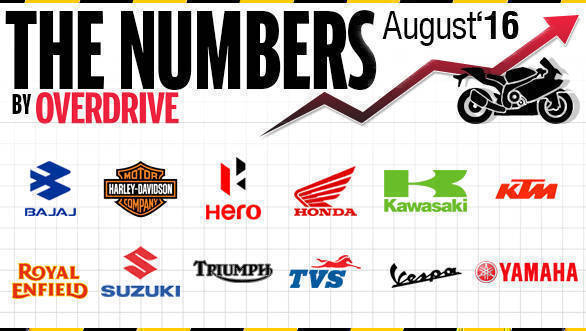 This year Honda Motorcycles and Scooter India (HMSI) seems to be on a roll. It has seen a 25 per cent jump in domestic sales with 4,66,342 units sold in August 2016. In comparison, it had sold 3,73,136 two-wheelers in August 2015. As usual, the Honda Activa had a key role to play. For the second month in a row, Honda Activa sales have crossed the 3-lakh mark. The company has registered a 27 per cent jump in automatic scooter sales. 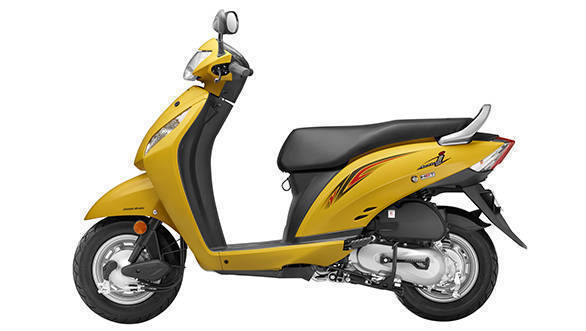 Commenting on their sales performance, Yadvinder Singh Guleria, senior vice president, sales and marketing, said, "Our total sales, automatic scooter sales and exports reached an all-time high in August 2016. In just two months and before schedule, Honda has achieved 100 per cent peak production levels at its second assembly line which was recently inaugurated at the Gujarat plant."

Just like HMSI, August 2016 has turned out to be a good month for Hero MotoCorp as well. The company has registered a sales growth of 28 per cent with 6,16,424 units sold. In August 2015, the company had sold 4,80,537 units. Last month, the company had reappointed Pawan Munjal as CMD and CEO.

The company has announced a strong 22 per cent growth in domestic sales (including Nepal) for August 2016 with 74,868 units sold. During the corresponding period last year, the company had sold 61,440 units. Since the past few months, the company has been focusing on the Tier-II and Tier-III cities and credits this for the consistent sales growth. The company has also said that its automatic scooter range comprising of the Yamaha Fascino, Cygnus Alpha (disc brake) and the recently launched Cygnus Ray-ZR is a popular choice among buyers. 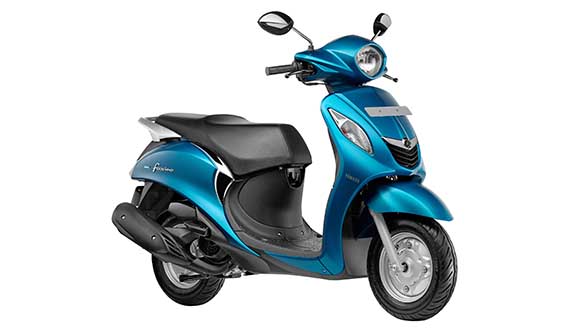 In June this year, the company had recalled around 902 YZF-R3 units to fix issues with the oil pump and clutch pressure plate assembly. Yamaha had recently opened its second R&D centre in India with an investment of Rs 66 crore.

The company has announced a 32 per cent jump in domestic sales with 54,735 units sold in August 2016. During the corresponding period last year, it had sold 41,600 units. It registered a 30 per cent growth in exports over the corresponding period last year. Last month, Pierre Terblanche, head of Royal Enfield's design department has resigned from his duties at the company. In July this year, Royal Enfield's 750cc parallel twin-engine motorcycle was caught testing in Spain. 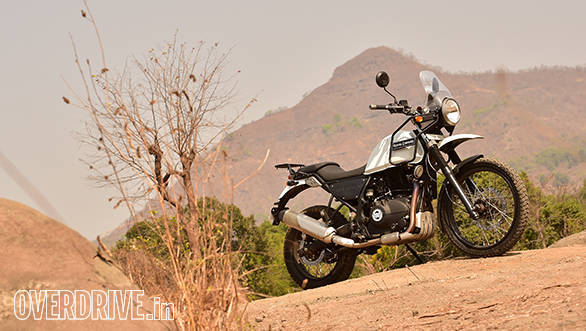