Truckers strike for 36 hours begins across India, demand for diesel to be brought under GST

Truck operators and owners have begun a 36-hour strike on Monday across India demanding the inclusion of diesel under the Goods and Services Tax (GST) ambit. The nationwide protest has been organised by All India Motor Transport Congress (AIMTC). The transporters strike which began at 8 am on October 9, 2017, is a protest against "disruptive policies and indifferent attitude of government officials including GST, diesel price hike, and corruption on roads including toll and RTO check posts," said AIMTC president SK Mittal ahead of the strike. The transporters will observe a token 'chakka jam' on October 9 and 10. AIMTC represents around 93 lakh truckers and nearly 50 lakh bus and tourist operators of India. All India Transporters Welfare Association (AITWA) has also extended support to AIMTC 36-hour strike, which is estimated to cause Rs 2,000 crore in losses to the sector. The transporters have also threatened an indefinite strike after Diwali if their demands are not addressed. 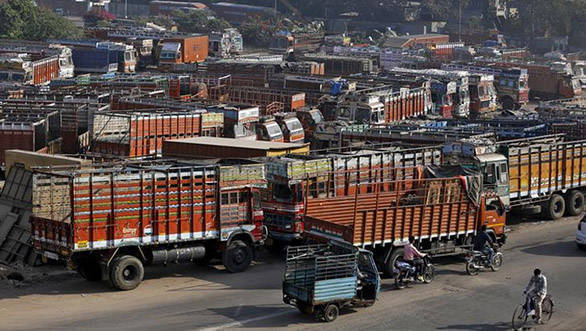 AITWA president Pradeep Singhal stated that the government failed to give any clarification on national sales tax GST to transporters. Claiming that the rise in diesel prices and daily changes in fuel rates have adversely affected the sector, AIMTC stated that the government should revise the prices of diesel on quarterly basis, and not on a daily basis. Diesel and tolls account for more than 70 per cent of the operating cost of trucks. Diesel must be brought under GST to ensure uniformity of fuel pricing across the country, said Calcutta Goods Transport Association (CGTA) president Prabhat Kumar Mittal.