Triumph Speed Triple 1050 gets a refresh 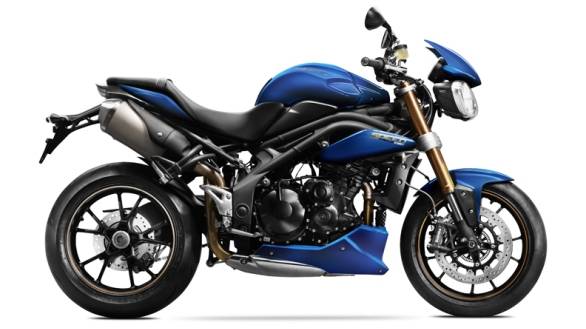 Triumph celebrated the 15th Anniversary of the Speed Triple in 2010 with a limited edition model that featured black paint with red trim and a few other optional add-ons. The bike also carried the signature of company owner John Bloor, who pulled out Triumph from bankruptcy in 1983. There has been no major change in the Speed Triple ever since.

Now, for the first time since, the Triumph Speed Triple 1050 gets a revamp. It gets a slight refresh with a new blue colour and some minor aesthetic variations. A clear rear light and new accessories, which now come as standard package, are some of the changes in the revamped version.

In the next few years to come, this bike will most probably be cannibalised by a heavily revised version. It will come as no surprise then, that the latest tweak is a way of keeping enthusiasts interested.

The new blue colour scheme will be offered besides the existing black and white skins, and all three versions will carry the same gold wheel pinstripes, gold decals along with a flyscreen, bellypan and black exhaust heat shields. All of these will be part of the standard package. The rear light now has a clear lens just as the tank comes fitted with rubber tank pads.

The Triumph Speed Triple is powered by a 1050cc engine that delivers 133BHp and 111Nm of torque. The bike has a frame in an alloy tubular design and gets re-shaped bug-eyed headlamps. Kerb weight is 214 kg, with the seat getting lower and thus reducing the overall bulk of the bike.

The new bikes are now available in the US and European markets fora price tag of around $14,810. As for India, the last time Triumph said anything significant about their models for local consumption, it was at the 2012 Auto Expo. We're sure we'll hear some more encouraging noises from Triumph India in time, but none for now. 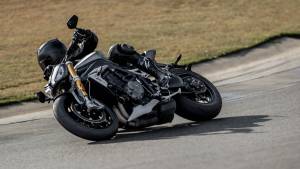 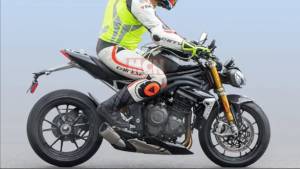