Toyota is recalling 6.5 lakh vehicles in Japan because of faulty airbag inflators. The vehicles were built during the period 2000-03. The cars affected by this recall include Corolla, Camry, Yaris and Vios. This takes the number of recalls for faulty Takata airbags to 6.5 million out of which 2.79 million are from Toyota itself. Takata is the world's No.2 manufacturer of auto safety equipment and makes airbags for Honda, Nissan and BMW as well.

The faulty inflators may cause the airbags to explode in case of an accident. Takata is having problems in tracking the cars equipped with faulty airbags due to errors in record-keeping. Also, this is not the end and the manufacturer has indicated that more vehicles might have to be recalled. 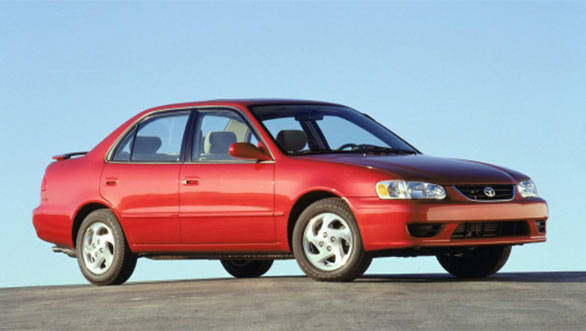 In 2013, 3.6 million vehicles were recalled for faulty airbags making it the largest airbag recall in the history of automotive industry. Toyota has had recalls for faulty seat rails, steering column brackets, windshield wiper motors and engine starters.