Toyota's Innova Hycross MPV has just been debuted in India and other countries. An image of an Innova electric test mule that was seen being tested in Indonesia has now surfaced online. 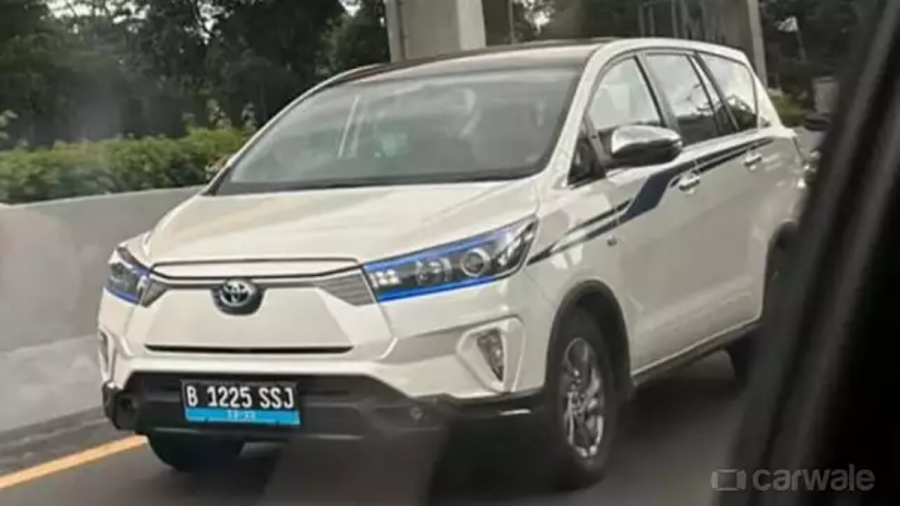 The conceptual basis of this idea was comparable to Innova Crysta, which is available in India. The firm, however, declared that they had no intentions to introduce an electric vehicle (EV) based on the obsolete IMV2 ladder-on-frame platform. Toyota also clarified that this concept is just being created for future EV research and development.

But in an intriguing turn of events, an electric MPV powered by the Innova Crysta was seen for the first time operating on public roads. The front fascia of the car is identical to that of the Innova Crysta in the spy photographs, but it has a blanked-out grille design and blue highlights all throughout, hinting that it is an electric vehicle. Additional exterior modifications include a new front bumper, blue LED headlight and taillight inserts, "Innova EV" stickers on the D-pillar, new side decals, and EV badging on the back. 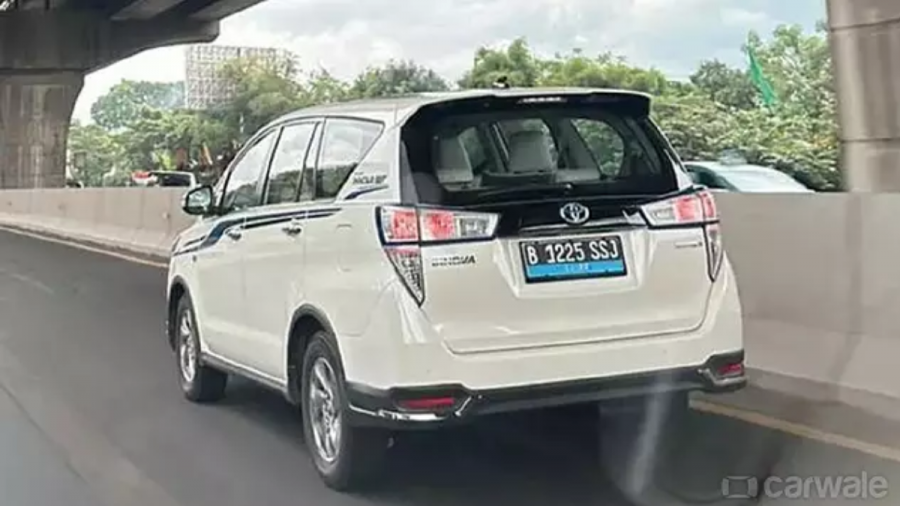 The battery's specifications and other important information are not yet known. It's probable that the business is employing the Innova EV to test the capabilities of an electric motor with a ladder-on-frame chassis as it was constructed for testing, as per prior reports. In a ladder frame chassis, the lengthy structural parts that run the length of the vehicle and the structural links that run the breadth of the vehicle limit the size of the battery pack that can be mounted on the vehicle's floor.

Additionally, Toyota just debuted the Innova HyCross in the nation and is concentrating more on hybrid vehicles in India, according to the brand's plans.