After its global reveal earlier this week, the Toyota Innova Hycross has now been revealed in its Indian spec. Bookings for the Innova Hycross have also opened for Rs 50,000 while prices are to be announced in January when deliveries begin.

The Toyota Innova Hycross is still recognizable as an Innova but with quite a bit more of an SUV-like theme. At 4,755mm long, 1,850mm wide and 1,795mm tall, the Hycross is 20mm longer and wider than the Crysta but of the same height it is  A large full-face grille dominates the look while drawing a link with the current Innova Crysta and other global models like the RAV4 and Toyota Highlander. 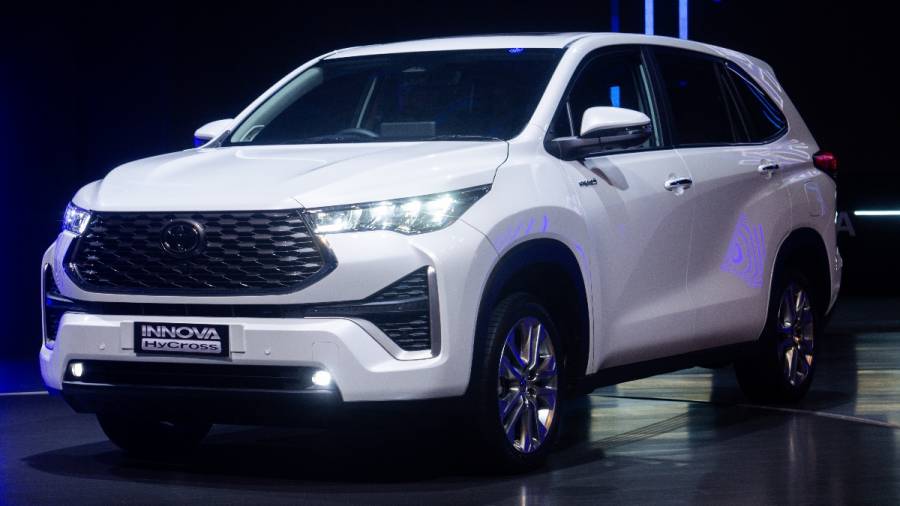 The headlamps are slimmer and more swept back now with LED units in the top variants. There is also a large housing for the foglamps, a wide DRL and a striking connected air dam that adds quite a bit of SUV character. The front and rear overhangs have been reduced further to add to the crossover styling, although the approach and departure angles as well as the 185mm ground clearance remain unchanged. The India-spec Hycross gets a few more silver accents and a unique grille and blue colour option. 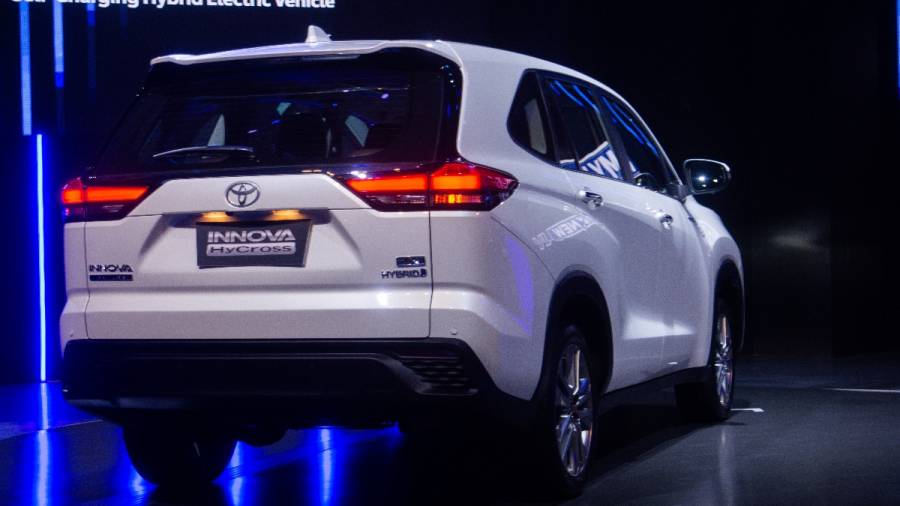 The bodywork of the Innova Hycross sees more creases than before along the sides and on the bonnet, although the functional boxy shape and large glass area continue in a more refined, again SUV-themed manner with the large 18-inch wheel. The flat MPV-style boot lid has been replaced with again more SUV-like design cues like the slated windscreen and beefed-up bumpers, the two-part taillamps are now very similar to Toyota's other SUVs.

The biggest change with this update is that the Toyota Innova Hycross is now based on the TNGA-C architecture, losing the ladder-frame rear-wheel drive layout for a monocoque, front-driven architecture. This, combined with the significant 100mm increase should mean that interior space will see a notable jump from earlier. The front seats are now placed higher while there are large quarter-glasses for better frontal visibility.

The Innova Hycross' interior looks like a more contemporary space with a flat horizontal design, a large free-standing 10-inch touchscreen with a slim panel to AC control and a dash-mounted gear lever. The instrument cluster is new too with a new 7-inch MID as is the steering wheel. The interior is done up in a brown and black colour theme with silver highlights.

Another significant change is that the Toyota Innova Hycross will now get a hybrid powertrain. This powertrain is expected to be unrelated to the one seen in the Camry and could be the same as the hybrid system as seen in the Corolla Cross SUV and new Prius internationally. The ARAI mileage figure for the Hybrid is 21.1 kmpl.

This uses a 2.0-litre Atkinson cycle petrol motor that puts out 154PS and 190 Nm that pairs with a 113PS and 206 Nm electric motor with an e-CVT in the mix for a combined 186PS. The Innova Hycross will be a petrol-only offering for the first time now and lower-spec models could get a 2.0-litre naturally aspirated petrol with 174PS and 202 Nm, again paired with a CVT.