By the end of 2017, majority models and all trims of Toyota and Lexus vehicles on sale in the United States will come equipped with automatic emergency braking feature. Toyota has officially announced this and expects it to prevent loss of life and reduce injuries during the unfortunate event of a crash.

Toyota made this announcement a few days after the National Highway Traffic Safety Administration (NHTSA) and Insurance Institute for Highway Safety (IIHS) made it compulsory for all vehicles to be equipped with automatic emergency braking technology by 2022. 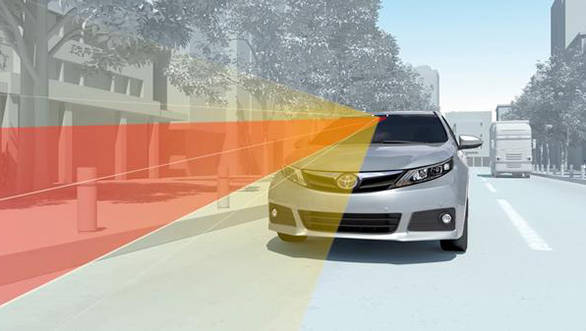 In an official statement issued by Toyota, Jim Lentz, CEO of Toyota Motor North America stated,"At Toyota, we are committed to creating better ways to move for everyone. High-level driver assist technologies can do more than help protect people in the event of a crash; they can help prevent some crashes from ever happening in the first place. We are proud to help lead this industry in standardizing these systems and bring automated braking to our customers sooner rather than later."

The carmaker has announced that 25 out of 30 Lexus and Toyota models will come equipped with automatic emergency braking and Toyota Safety Sense or Lexus Safety System as standard equipment. The only models that will not get these features as standard by the end of 2017 are the Lexus GX, Toyota Mirai, 4Runner, 86 and Scion iA.